Raucous Hedgehogs Startle Germans in the Dark of Night | News and current affairs from Germany and around the world | DW | 25.07.2007

Raucous Hedgehogs Startle Germans in the Dark of Night

Alarmed residents in the northern city of Bremen called police to investigate odd sounds coming from the bushes. Expecting to break up a game of spin the bottle, police were surprised by a pair of passionate hedgehogs. 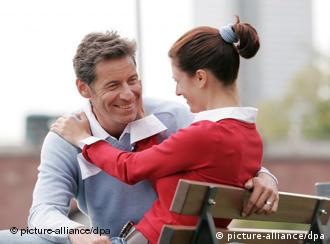 Maybe we should follow the hedgehogs' example right out here?

German police used spotlights to illuminate a Bremen garden to track down who -- or what -- was making all the racket in the German port city.

The sounds were coming from a couple of hedgehogs caught in the act.

Bremen police spokesman Ronald Walther told Reuters, "The pair were loudly engaged in ensuring the continuity of their species." 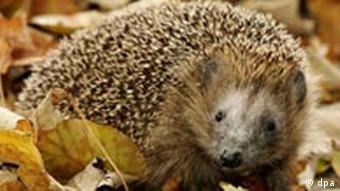 A baby hedgehog could now be on the way

Unlike the embarrassed teenagers who pull their pants up and run when the illuminated with the bright light of a police spotlight, the pair of hedgehogs seemed to love the attention and were more than happy to indulge their exhibitionistic tendencies.

"All those spectators did not worry them in the least; indeed they even intensified their activities, so the officers turned off the lights," Walther said.

But the noises weren't exactly squeals of delight. During the hedgehog breeding season from April to September, all sorts of puffing and snorting can be heard in the great outdoors as female hedgehogs try to ward off males.

German Birthday Suits on the Bike Path, at the Gas Station

Germans have never been reticent about getting down to the bare essentials at nudist beaches -- or even in public parks. But a couple of fresh incidents suggest that the summer heat may have gone to some people's heads. (24.07.2007)

Normally it's the drunk and unruly passengers who end up getting kicked to the curb, but, after getting an eye-full, an easily distracted driver in Germany shouted at a woman for wearing a low-cut blouse on his bus. (16.07.2007)

German supermodel Heidi Klum has revealed that she calls her breasts Hans and Franz. While that may be more information than most people need to know, others feel as though Heidi hasn't gone far enough. (25.05.2007)