Security concerns and tension on the Ukraine-Russia border were high on the list of priorities for the German and Russian leaders. It was Putin's first call with Olaf Scholz since the latter took over as chancellor. 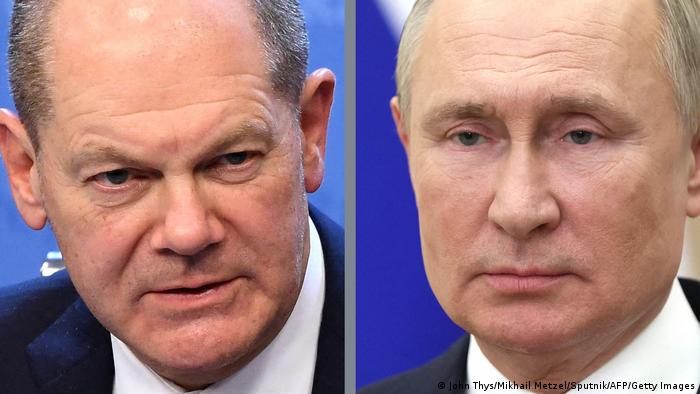 The phone call comes nearly two weeks after Scholz took over from Angela Merkel as German chancellor and comes a time of strained ties between Moscow and Berlin.

What did the two leaders say?

Escalating tensions in Ukraine dominated the discussion, according to a German government statement on the call.

Scholz also "expressed his concern about the situation and the urgent need for de-escalation" in the region, according to the statement.

According to a statement from the Kremlin, Putin urged for "serious negotiations" over security proposals offered to the United States and NATO.

"The hope was expressed that serious negotiations would be organised on all the issues raised by the Russian side," the Kremlin said in a statement.

It was not clear whether the two leaders had discussed the recent expulsions of German and Russian diplomats.

The move was first initiated by Berlin after a German court ruled last week that Russia was behind a 2019 assassination of a man in Berlin's Tiergarten park. Russia responded on Monday with diplomat expulsions of its own.

What are the major sticking points?

Tensions on the Ukraine-Russian border have escalated in recent weeks, with an estimated 100,000 Russian troops currently on the border with eastern Ukraine.

The US has been cautioning that Russia could be planning an attack, which Moscow denies. In response, the European Union threatened to impose a new raft of "massive" economic sanctions should Russia invade.

A key leverage point could be the Nord Stream 2 gas pipeline from Russia to Germany — although Scholz has recently warned against linking the project to economic sanctions, calling it a "private sector project."