Berlin has increased its presence on the international stage, but it is still defining what kind of foreign policy actor it wants to be. How is Germany shaping its diplomatic future? 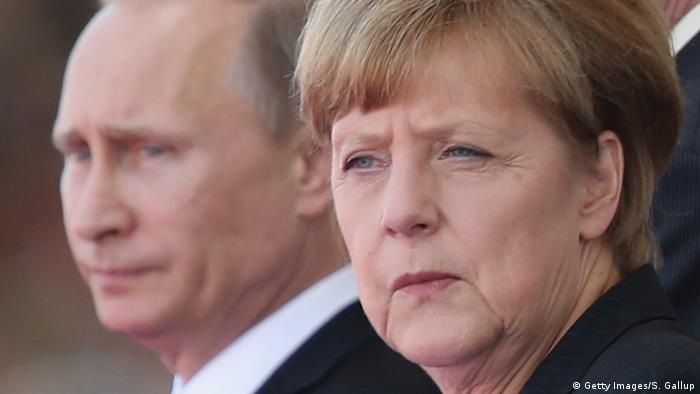 Russian President Vladimir Putin was planning to visit Paris last week. Instead, he came to Berlin - for the first time since Moscow's annexation of Crimea in early 2014. The topic of discussion was the conflict in Ukraine. Germany and France have led international efforts to contain and solve the crisis in the past.

But the Minsk deal, in which Ukraine and Russia agreed to a ceasefire, among other efforts to calm the conflict, seemed to be going nowhere. The summit between Chancellor Angela Merkel, President Francois Hollande, Putin and Ukrainian President Petro Poroshenko was one recent example of Germany's new global role. It is a role shaped through diplomacy - mediating, talking, and, if necessary, threatening.

Foreign Minister Frank-Walter Steinmeier recently summed up this idea in an article for "Foreign Affairs" magazine, where he wrote: "Germans do not believe that talking at roundtables solves every problem, but neither do they think that shooting does." In other words: Germany likes to strike a balance - including when it comes to its foreign policy. 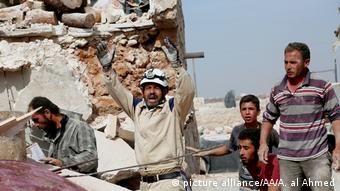 "The current German government takes on the global challenges in a much more active way than their predecessors," says Markus Kaim, senior fellow for Security Policy at the German Institute for International and Security Affairs. "Germany is now shaping foreign policy, instead of just executing it."

Kaim sees Germany's new role on the world stage developing as the result of changes on a global scale. Britain's decision to leave the European Union and the rise of the right-wing populist and anti-globalist National Front party in France left a vacuum that demanded new leadership in Europe. At the same time, the United States no longer wanted to play the role of the world police. Americans have grown war-weary.

This is why Germany has emerged as a central player on the global stage in recent years, contributing significantly to peace talks for multiple conflicts around the world, including Ukraine, Syria, Colombia, Libya, Mali, Iraq and the Balkans.

Merkel promised to boost defense spending in the coming years to move towards the NATO target for member states to spend 2 percent of their economic output on defense. Germany's decision to deploy a battalion of troops to Lithuania under a NATO initiative was praised as a "breakthrough" for European defense by Eastern European leaders. 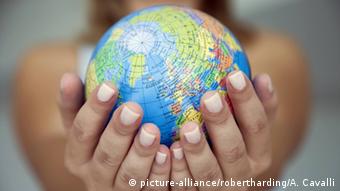 While other countries are taking a back seat, Germany has stepped up its foreign policy efforts

This year Germany chairs the Organization for Security and Cooperation in Europe. And the country is seeking to become a nonpermanent member of the United Nations Security Council - just to name a few efforts in taking on more responsibility on the world stage.

"There has been a change in German diplomacy," says Tobias Bunde, head of Policy and Analysis at the Munich Security Conference. "We have seen this in the Ukraine conflict. Germany really has played a leading role in defining Western diplomacy. For the first time, the United States has not been in the driver's seat, but rather took a role in the back seat."

While others were pulling back, Germany took the opportunity to step up. The number of US politicians visiting Berlin has more than doubled in the past two years. But it is not only Washington that sees Germany in a leading role.

"In diplomatic circles you can hear that when China is talking about Europe, it means Berlin," said Kaim.

New to the role

"The expectations of Germany are immense. But we have yet to understand that here in Berlin," said Henning Hoff, editor of the "Berlin Policy Journal," published by the German Council on Foreign Relations. "Germany still doesn't recognize that it became a foreign policy player. We often talk about mediating, without noticing that we should get a little more involved." 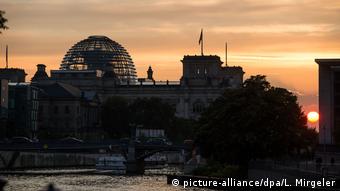 Every German military deployment must receive approval from the Bundestag

But getting more involved - especially when it comes to military engagement - is a huge matter of debate in Germany. Every German military deployment faces intense public scrutiny and must receive parliamentary approval.

"When it comes to strategic theaters outside the Euro-Atlantic region, for example in Syria or North Africa, then you see that the German approach is still pretty limited," said Tobias Bunde. "And when you talk to people in France for instance, many people would like to see a bigger German engagement. These demands will certainly rise in the future and pose a challenge to the politicians here."

Foreign policy has already become more of a topic of debate than it was a few years ago - among politicians and the German public alike.

"For many years German politicians preferred to serve on committees that focused on domestic issues, because they thought foreign policy wasn't sexy and that they couldn't score points with it at home," said Henning Hoff.

That mindset has changed. Foreign policy is sexy now, especially with the refugee crisis putting the war in Syria on the national agenda. Germany's global role will be a big matter of debate in the country's upcoming federal elections next autumn. It is a debate that many security experts believe is overdue and necessary to further define Germany's role on the international stage.

With a year to go until German parliamentary elections, foreign policy challenges will probably end up determining whether Angela Merkel wants another four years as chancellor, says DW's Jens Thurau. (17.08.2016)