Germany′s most Catholic region divided over crosses in government buildings | Germany | News and in-depth reporting from Berlin and beyond | DW | 31.05.2018

Starting June 1, most state buildings in Bavaria will be required to hang a cross in their foyers. Reactions have been heated, even among the people in Germany's most Catholic region. Rebecca Staudenmeier reports. 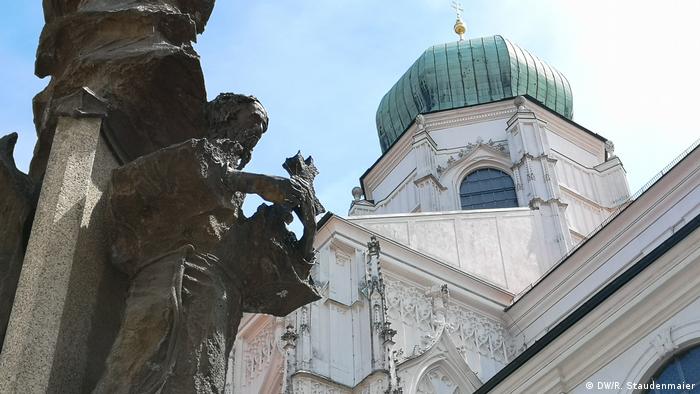 A fountain in the courtyard of St. Stephan Cathedral in Passau

The city of Passau is no stranger to crosses. They adorn the steeples of the city's numerous churches, appear in the windows of antique shops and are integrated into intricate murals of saints on the sides of buildings.

With Roman Catholics comprising 76 percent of residents in the diocese of Passau — the highest in all of Germany — it's no surprise that Bavarian state premier Markus Söder's decision to have crosses mounted in the entryways of the state's public buildings has found support here.

"It doesn't bother me. I think [Söder] is probably right. It's a state that was shaped by Catholicism, and that probably needs to be strengthened today," Dennis, a 20-year-old in Passau told DW.

The rule, which goes into effect on June 1, will primarily affect police stations, courts, local tax offices and other state administrative offices.

Söder, a politician with the Christian Social Union (CSU), the Bavarian sister-party to German Chancellor Angela Merkel's Christian Democrats, has claimed that the cross is not only a religious symbol, but a key symbol of Bavarian identity.

"I don't understand why there's such a big debate. It's part of our culture," a 44-year-old woman who wished to remain anonymous said, shaking her head. "Why can't we be proud of our religion?"

Read more - 6 facts about Catholic and Protestant influence in Germany 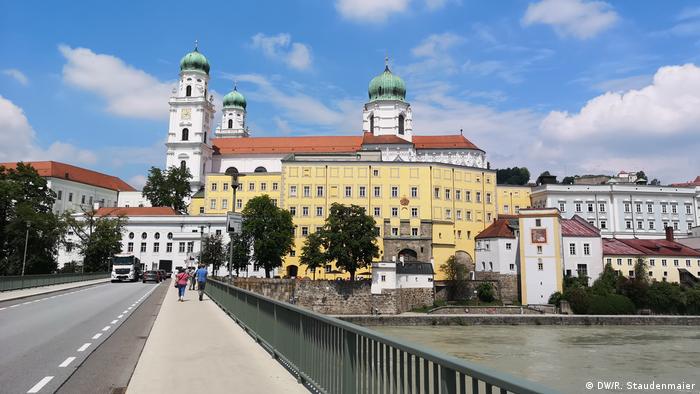 Cross 'shouldn't be used for other purposes'

A major source of local resistance to the Bavarian government's decision has come from Catholic organizations and the church itself.

Hans Bauernfeind, the dean of the pastoral office for St. Stephen's cathedral in Passau, told DW the cross carries a special religious meaning, one that's directly tied to the Christian faith, and not to political positioning.

"The cross has its own message that should not be used for other purposes, be they political, social or cultural," Bauernfeind told DW.

One of the church's youth organizations in Bavaria, the Federation of German Catholic Youth (BDKJ), teamed up with their Protestant counterpart to send a joint letter to the state government protesting the decision after it was announced at the end of April.

Michael Hofbauer, a volunteer chair of Passau's BDKJ branch, said he doesn't agree with Söder's move, calling it a "tactical campaign maneuver" for the upcoming state elections on October 14.

Söder, one of the few Protestant state premiers in heavily-Catholic Bavaria, has spoken frequently to the press about how the Christian faith is important to him. He even set up a prayer room in the state Heimat, or homeland, ministry during his time as the state minister of finance and "Heimat."

His move to bring Christianity literally to the forefront of state public buildings has also come amidst an ongoing debate about the role of Islam in German society — with Söder and others in the CSU insisting that the Islamic faith isn't part of the county's cultural identity. 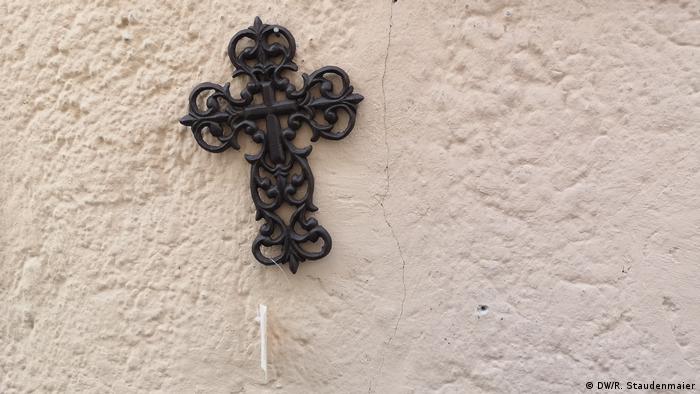 Antique shops dot the streets in Passau, selling crosses and religious statues next to figurines of boys wearing traditional lederhosen

Once the seat of the largest diocese in the former Holy Roman Empire, Passau's Catholic roots remain strong even with changing times. Still, falling attendance rates mean the church has had to adapt.

Only 10.6 percent of Catholics in Germany in 2016 regularly attended Sunday mass, according to figures from the German Bishop's Conference. Despite the high number of Catholics in Passau, the mass attendance rates were only slightly higher than the average at just over 12 percent.

For Hofbauer, the lagging attendance isn't a sign that people's beliefs have diminished, merely that they've changed.

"People are certainly believers, but don't necessarily need to go to church," the 22-year-old told DW. "In the youth organization, we explore different forms of faith outside of mass and different types of prayer, not just on Sunday."

Besides changing attitudes towards faith, some in Passau pointed out that there are also problems with the Bavarian government's campaign to defend Bavarian identity — namely, that that the concept of identity is incredibly difficult to define.

Lara, a 21-year-old student noted that despite Bavaria's reputation for being conservative and traditional, things are shifting with the younger generation. 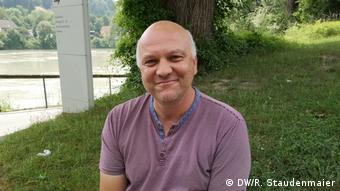 Gonsch told DW that although Passau and the region are strongly impacted by Christianity, he's glad it's become more multicultural

"Older people identify more with their state and with their religion, the younger people less so," she said.

Till, another 22-year-old student, expressed particular concern about the Bavarian state government's use of "populist" tactics, particularly in linking religion and regional identity.

"Identity is being forced on people now instead of them being able to choose for themselves," he said.

Wolfgang Gonsch, a 51-year-old librarian at the university, said that although the region has historically been shaped by Christianity, he still believes that hanging up crosses in state-run public buildings is "problematic."

He pointed to Bavaria and Passau's history and that over the past hundreds of years, people from all different regions moved and settled there.

A new study shows intolerance toward Jewish and Muslim family members is most prevalent in Italy and Britain. Germany had one of the highest proportions of people not wanting Jewish family members. (30.05.2018)

Opinion: Bavaria orders crosses in state buildings and it's no big deal

Bavaria plans to hang crosses in state buildings – a decision that has triggered a huge debate across the nation. But where is the scandal, wonders Felix Steiner. (06.05.2018)