Opinion: Bavaria orders crosses in state buildings and it's no big deal

Bavaria plans to hang crosses in state buildings – a decision that has triggered a huge debate across the nation. But where is the scandal, wonders Felix Steiner. 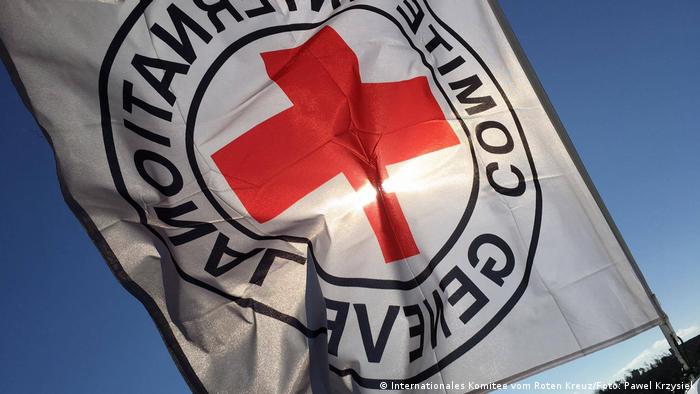 What is going on in this country? It's no surprise that there has been a lot of criticism of the the decision to hang crosses in state buildings across Bavaria.

Some Muslim associations like to stress how badly they feel excluded in all sorts of areas. More and more atheists are loudly claiming their alleged right to not be plagued by religion, never and nowhere, be it by bells calling the faithful to mass or Germany's ban on dancing on Good Friday.

But of all people, it's the leaders of the Christian churches, mainly the Catholic Church, who lead the pack of critics, with the archbishop of Munich, Cardinal Marx, second to none. The cross is being used in the name of the state, he argues, adding the state has no right to explain the meaning of the cross.

The cardinal can count himself lucky that he heads the German Bishops' Conference: He could hardly do his job in Switzerland, Scandinavia, Greece, Serbia, Slovakia, Georgia and Britain. Why not? Crosses adorn the countries' national banners, the ultimate symbols of state power!

It makes you wonder why – despite the hundreds of Muslims serving in the German armed forces – these critics remain silent with regard to the Iron Cross affixed to every Bundeswehr tank, fighter jet and warship. The Bundeswehr is certainly no longer waging holy wars.

No, the church does not have a monopoly on the cross.

The cross is a symbol of Christian identity that has shaped Europe for centuries. Bavaria, Germany, all of Europe in fact, are unimaginable in their current form without this Christian influence. Even if and although many rights and liberties were secured in quarrels with the church. People who are not aware of these facts, or cannot accept them, should read a book on Europe's cultural history.

Be clear on values!

It's particularly ironic when of all people a Palestinian Muslim by the name of Ahmad Mansour is the one left to say, on primetime television, that when it comes to showing migrants what Germany is about: "We aren't clear on our values. That's a great shortfall – it's not enough to say 'We can do it!"

What's going on in Bavaria right now is not about exclusion, but about a symbol that stands for the spirit and values held by the people who work in these buildings statewide. Values that have developed over centuries and that unite the European culture region from Sicily to Lapland, and that no one here wants to do without. Ever more people from other parts of the world find them attractive, too.

Sure, a cross in the lobby doesn't guarantee a good administration or school. For that, you need people who represent these values, let other people notice them. But it certainly works as a reminder, a mandate and admonition.

No, Mr Cardinal: The cross and its message don't belong to the church and clerics alone.

Read a different take on the debate: Opinion: Bavaria's cross decision is appalling

Brazil: Senate calls for Bolsonaro to be charged over COVID response 4h ago

Opinion: Navalny's struggle goes beyond an anti-corruption crusade 2h ago