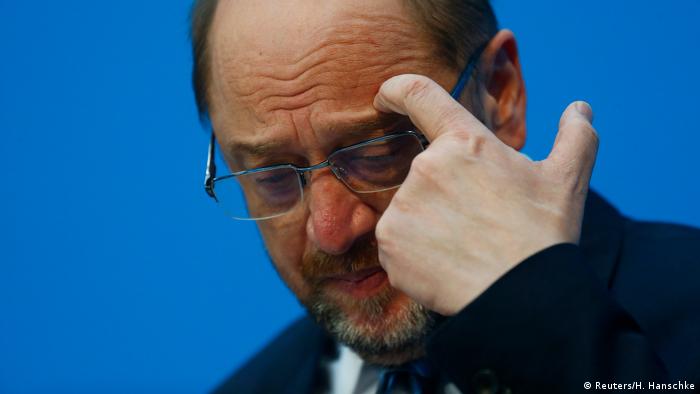 The current head of Germany's Social Democrats (SPD), Martin Schulz, said on Friday that he would no longer pursue a ministerial post in the next German government, including the job of foreign minister. Schulz had come under heavy criticism in his own party for claiming the foreign minister role for himself after leaders of Germany's largest parties agreed to form another coalition government led by Chancellor Angela Merkel.

"Therefore, I hereby declare that I am giving up joining the federal government and at the same time express the hope that this will end the personnel debate within the SPD, Schulz announced on Friday.

"My own personal ambitions must be placed behind the interests of the party," he said in a statement.

Schulz, the former president of the European Parliament, said he believed the internal squabble within his party risked jeopardizing a pending coalition deal with Merkel's conservatives. The SPD reached a deal with Merkel's Christian Democrats (CDU) and their Bavarian sister party, the Christian Social Union (CSU), on Wednesday.

The coalition deal still requires the approval of SPD party members, who will vote on the deal in the coming weeks and can still reject it. Former Labor Minister Andrea Nahles is reportedly set to take over from Schulz after the SPD member vote and would become the first woman to head Germany's Social Democrats.

His announcement follows days of mounting pressure from senior members of his party, including from current Foreign Minister Sigmar Gabriel, who criticized Schulz's intention to take the helm at the Foreign Ministry.

In an interview published on Friday, Gabriel complained about a lack of appreciation for his work as Germany's top diplomat, saying that he had been praised by the wider public.

"It is clear, unfortunately, that the public's regard for my work meant absolutely nothing to the new SPD leadership," Gabriel said in the interview with the Funke media group newspapers. 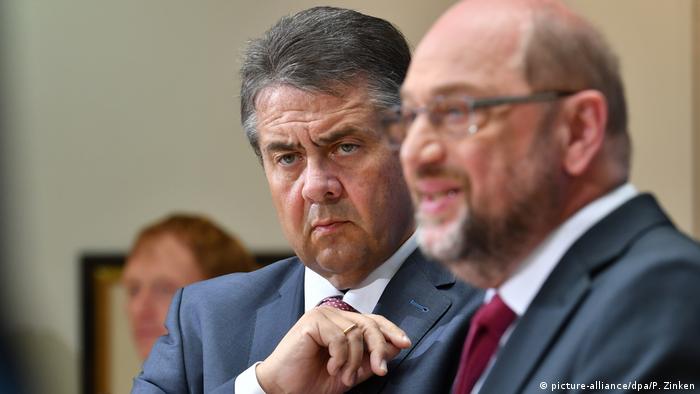 'Won't help the SPD much'

Following Schulz's decision, his likely SPD successor Nahles said she had "the greatest respect and recognition" for his decision.

Although the SPD appeared to welcome his move, other German parties seemed perplexed by it.

"It would have been better if Schulz had reached this correct decision by himself and not under pressure — but this step won't help the SPD much," Sahra Wagenknecht, who heads the Left party's parliamentary group, told news agency dpa.

A similar assessment came from the business-friendly Free Democrats (FDP), whose decision to break off preliminary coalition talks with Merkel's conservatives and the Green party had thrust the reluctant SPD into talks with Merkel. 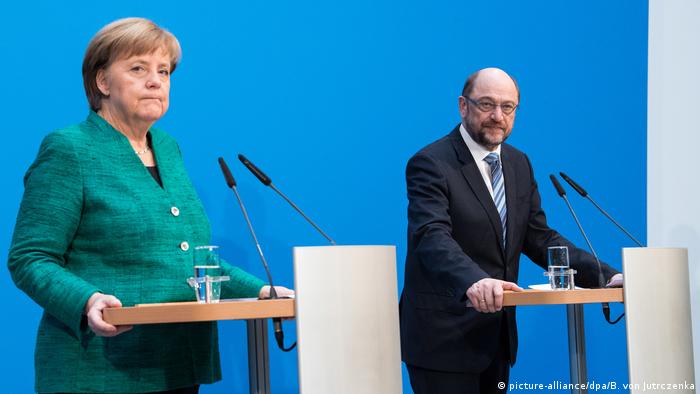 "The new grand coalition is dismantling itself before it's even in office," Marco Buschmann, the FDP's parliamentary group manager, told dpa, adding that the conservatives and the SPD are "obviously only concerned about posts and not about our country."

At an SPD convention one year ago, Schulz was unanimously elected to head the party. After initially surging in polls, the SPD dropped in the polls and suffered several major state election losses ahead of last year's general election.