Duma lawmakers welcomed three members of Germany's far-right AfD party in Moscow, with the visitors calling to end the sanctions against Russia. 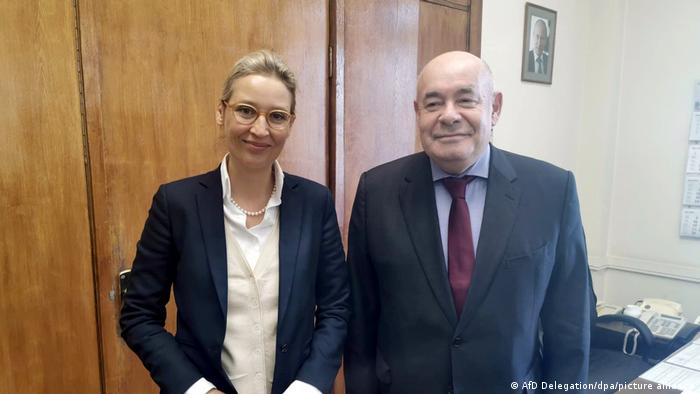 Senior Russian lawmakers and members of the AfD party called to "normalize" Russian-German relations after a meeting in Moscow on Tuesday, according to Russian parliament's webpage.

The visit of AfD regional leader Alice Weidel and two other AfD federal parliamentarians comes despite major rifts between Berlin and Moscow over Russia's jailing of its opposition politician Alexei Navalny and lingering EU-Russian strains over Ukraine.

AfD's aim was "to finally end economic sanctions" imposed on Russia, said Weidel, who leads the AfD's parliamentary group in the Bundestag. 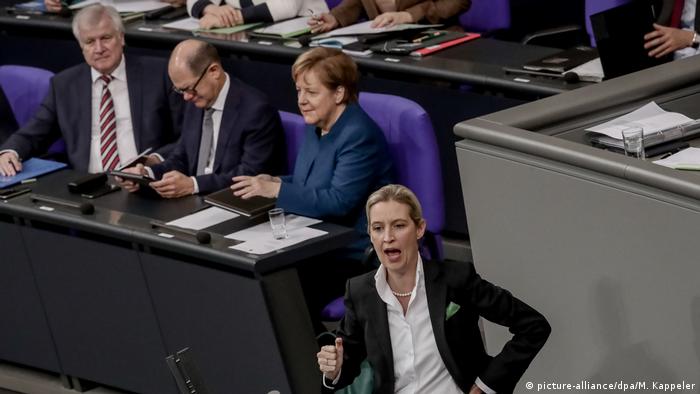 Weidel has been leading AfD's parliamentary group since 2017

"The parliamentarians from Russia and Germany confirmed the similarity of their positions on the main issues of the international agenda and expressed their interests in the normalization of inter-state relations," stated the Duma on its website.

The Russian parliament also cited the AfD as criticizing the "use of double standards in bilateral dialog." 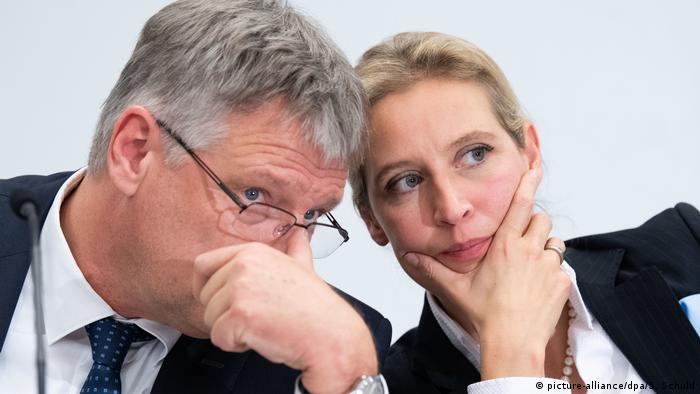 Weidel is expected set to stay in Russia until Friday along with two other federal AfD parliamentarians, Robby Schlund and Petr Byston, who is the leading AfD representative in the German Bundestag's foreign affairs committee.

Weidel's regional AfD branch in the state of Baden-Württemberg is hoping to draw in new voters ahead of a regional election on Sunday. The populist party polls third with 12% support, down from 15% in 2016. Germany's Greens are currently leading the race with 32%, ahead of Angela Merkel's CDU on who have 25%, according to the Insa poll institute.

Also voting on Sunday will be Germany's Rhine Palatinate state. The double vote on Sunday and and a regional election in Saxony-Anhalt state in June are precursors to Germany's federal Bundestag election in late September.

Hundreds gather in Stuttgart to protest coronavirus restrictions in Germany

The Ukrainian president has vowed to push his country towards EU and NATO accession. German Chancellor Angela Merkel has backed his calls for maintaining sanctions against Russia.

Baden-Württemberg's motto is "We can do everything. Except speak proper German." Germany's third largest state proves as diverse as the local dialects in terms of landscape, cuisine and sights.