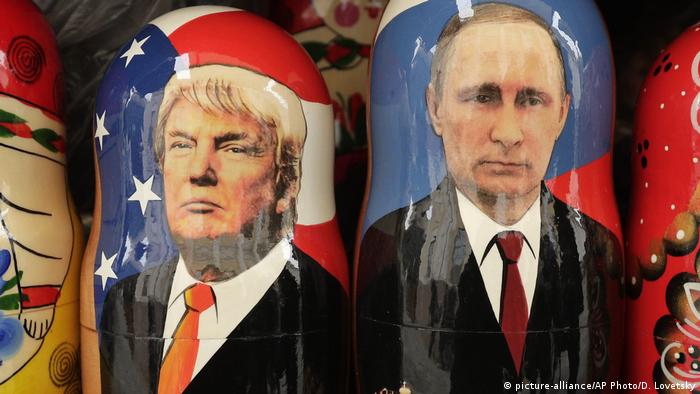 Russia's government on Friday said US claims of election interference by Moscow are "groundless."

The US Treasury Department has blacklisted a pro-Moscow Ukrainian lawmaker accused of meddling in the forthcoming presidential election, and three Russian nationals on similar charges.

Officials said Andrii Derkach is "an active Russian agent" who used "manipulation and deceit" to influence democratic votes in the US and around the world.

She insisted Moscow "has not interfered" and "does not plan to influence the electoral processes in the United States and other countries."

Ukrainian member of parliament Derkach has been linked to Republican attempts to investigate work carried out in Ukraine by the son of Democratic presidential candidate, Joe Biden.

US President Donald Trump, along with his personal lawyer Rudy Giulani, has accused Hunter Biden of using his family connection to help Burisma, a Ukrainian energy company on whose board he sat.

They said Joe Biden, who served as vice-president under President Barack Obama, pressured Ukraine to fire a top prosecutor who had investigated the firm.

Neither President Trump nor Giuliani have provided any evidence for their claims.

US intelligence officials said the recording formed part of a broader Russian effort to disparage Biden before the November 3 election.

On Thursday, the US Treasury sanctioned three Russian nationals accused of being employees of Russia's Internet Research Agency.

The body was indicted by former US Special Counsel Robert Mueller during his investigation into alleged Russian meddling in the 2016 vote.

It means that the Treasury will freeze any of their US-based assets. Americans will be barred from dealing with the three.

One of the trio, Artem Lifshits, was handed a separate charge by the US justice department as part of a plan to use stolen identities to "disrupt the democratic process and spread distrust towards candidates for political office."

"The United States will continue to use all the tools at its disposal to counter these Russian disinformation campaigns and uphold the integrity of our election system," Treasury Secretary Steven Mnuchin said in Thursday's statement.