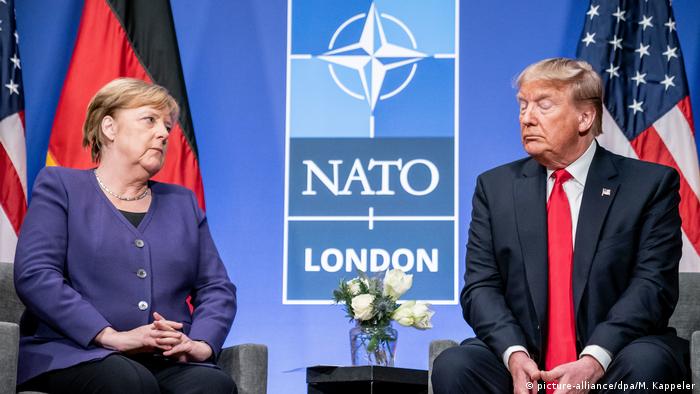 According to German Foreign Minister Heiko Maas, current tensions between Germany and the United States wouldn't be resolved by US President Donald Trump failing to win reelection.

"Everyone who thinks everything in the trans-Atlantic partnership will be as it once was with a Democratic president underestimates the structural changes," Maas said in an interview the German press agency DPA published on Sunday.

"The trans-Atlantic relations are extraordinarily important, they remain important, and we are working to ensure they have a future," Maas continued. "But with the way they are now, they are no longer fulfilling the demands both sides have for them."

Trump will be challenged by former Vice President Joe Biden during November's election.

Trump has repeatedly criticized Germany since he took office in 2017. He has demanded Germany increase defense spending to 2% of GDP, calling Berlin "delinquent" for not doing so.

He has also accused Germany of being a "captive of Russia" over the Nord Stream 2 oil pipeline and of treating the US "very badly" on trade.

Last year, the US imposed a 25% steel tariff and a 10% aluminum tariff on the European Union, a move that greatly affects Germany's car industry. He also threatened tariffs on imported cars — another move aimed at ruffling feathers in Berlin.

Earlier this month, Trump announced a drastic reduction of US troops in Germany. In response, Maas lamented that decades of a "close" post-war military partnership between the US and Germany has become "complicated" during Trump's presidency.

The announced withdrawal of US troops from Germany doesn't make military sense, but it does interest a self-centered leader like Donald Trump. Europe needs to take the initiative on its defense, says DW's Bernd Riegert. (07.06.2020)