Germany wants to mediate between US and China during EU presidency

Germany does not want trade tensions between the US and China to become "irreconcilable," Foreign Minister Heiko Maas has said. Germany assumes the European Union’s rotating presidency next month. 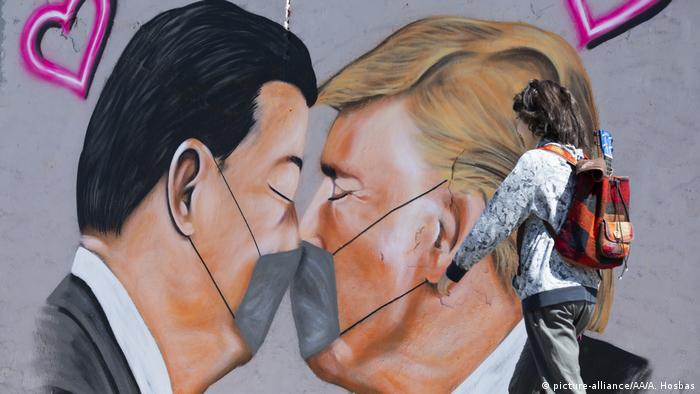 German Foreign Minister Heiko Maas has said the nation wants to help resolve tensions between the United States and China when it takes on the European Union presidency for the second half of this year.

In an interview with the Funke media group, a German network of newspapers, Maas said the world could not be split between two spheres of interests.

"We Europeans especially cannot have an interest in the conflicting interests between China and the US becoming irreconcilable," Maas said in the interview published on Monday.

The two countries have been at odds for the entirety of President Donald Trump's presidency. The US leader has waged a trade war with China and has blamed them for the coronavirus pandemic.

Last week, the Trump administration announced it was reconsidering Hong Kong's special trade and financial status, saying that it was no longer semi-autonomous from the Chinese mainland. This declaration came after China proposed a Hong Kong security law that aims to ban secession, subversion and foreign interference.

Maas said Germany will face challenges when it assumes the EU's rotating presidency on July 1.

The German foreign minister said an EU-China summit in September will go ahead as planned.

"There are too many important topics that we need to discuss with China," Maas said. He added that the EU aims to get a commitment from Beijing for "ambitious climate goals and fair global competition."

Every evening, DW sends out a selection of the day's news and features. Sign up here.any wants to mediate between US and China

If Hong Kong's special trade privileges under US law were revoked, it would erode the city's competitiveness as an export hub and an international financial center, say experts. (29.05.2020)