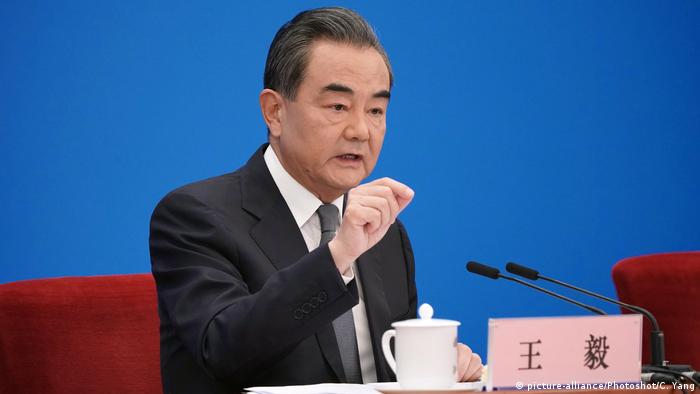 Chinese State Councillor Wang Yi said on Sunday that relations between China and the US were at risk of deteriorating to the point of a "new Cold War" becoming a reality.

At his annual news conference, the Chinese foreign minister made several jabs at Washington, telling reporters that Trump's administration is tarnishing relations with Beijing with what it calls a smear campaign.

The unresolved US-China trade spat and Washington's support for Taiwan had already weakened cooperation between the two.

"It has come to our attention that some political forces in the US are taking China-US relations hostage and pushing our two countries to the brink of a new Cold War," the French news agency quoted Wang as saying. The diplomat did not identify the "forces" to which he was referring.

Longstanding tensions between the administrations of US President Donald Trump and Chinese President Xi Jinping have worsened in recent weeks over the coronavirus pandemic and China's recent proposal for imposing new security legislation in Hong Kong, which Wang said should be imposed "without the slightest delay."

"Aside from the devastation caused by the novel coronavirus, there is also a political virus spreading through the US," Wang said. "This political virus is the use of every opportunity to attack and smear China. Some politicians completely disregard basic facts and have fabricated too many lies targeting China, and plotted too many conspiracies," he added.

Both Trump and US and Secretary of State Mike Pompeo have accused China of a lack of transparency over the outbreak, and repeatedly said the virus was leaked from a Wuhan laboratory, an accusation China vehemently denies.

In recent weeks, the US and Australia have called for an investigation into the origins of the coronavirus.

During the conference, Wang criticized efforts by US politicians to "fabricate rumors" about COVID-19's origins to "stigmatize China."

Most members of the scientific community, however, believe the virus jumped from animals to humans, possibly from a Wuhan market selling a range of exotic animals that ordinarily would not come in contact with one another.

The World Health Organization has called on Beijing to invite them in to probe the pathogen's source.

"China is open to working with the international scientific community to look into the source of the virus," Wang said. "Fairness means the process be free of political interference, respect the sovereignty of all countries, and oppose any presumption of guilt."

The US says it will penalize 33 Chinese entities for human rights abuses against Uighurs and other minority groups. The move comes after China imposed a law that would quell the pro-democracy movement in Hong Kong. (23.05.2020)