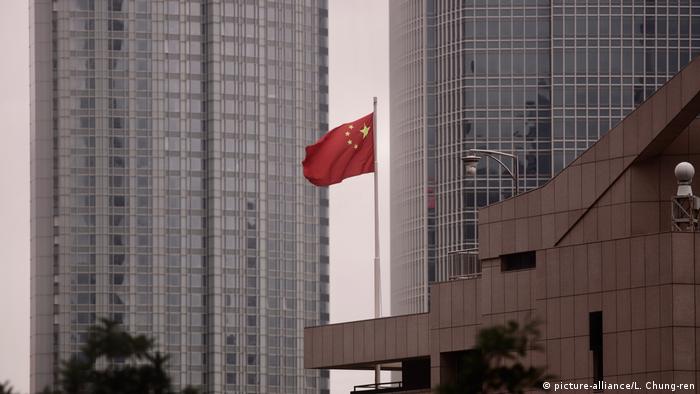 The US Department of Commerce on Friday said it would sanction 33 Chinese firms and government institutions over human rights abuses against Uighurs and other minority groups in China's western Xinjiang region. It came after Chinese lawmakers proposed a law that would put severe restrictions on the pro-democracy movement in Hong Kong.

The US will penalize two entities, the Chinese Ministry of Public Security's Institute of Forensic Science and Aksu Huafu Textiles, for "engaging in human rights violations and abuses." Seven other companies will be sanctioned for enabling surveillance in Xinjiang, the Commerce Department said, adding that all will be subject to restrictions from exports from the US.

"These nine parties are complicit in human rights violations and abuses committed in China's campaign of repression, mass arbitrary detention, forced labor and high-technology surveillance against Uighurs, ethnic Kazakhs, and other members of Muslim minority groups in the Xinjiang Uighur Autonomous Region," the Commerce Department said in a statement.

Two dozen other companies, government institutions and commercial organizations were also added to the list for supporting the procurement of items for the Chinese military, the Commerce Department said in a second statement.

The sanctions were announced after China made moves to enact a long-stalled national security law in the semi-autonomous territory of Hong Kong.

The legislation, proposed in a bill submitted Friday, would outlaw secessionist and subversive activity as well as terrorism and foreign interference. Prior to the coronavirus crisis, last year Hong Kong was rocked by months of pro-democracy demonstrations that sometimes resulted in violent confrontations between police and protesters.

Hong Kong pro-democracy lawmaker Lee Cheuk-yan said in a news briefing that the bill violates the "one country, two systems" framework guaranteed to the city by Beijing.

They're trying to ban every organization in Hong Kong who dares to speak out against the Communist Party,'' he said, referring to the ruling political party in China.

US Secretary of State Mike Pompeo described the proposal as "disastrous."

"The decision to bypass Hong Kong's well-established legislative processes and ignore the will of the people of Hong Kong would be a death knell for the high degree of autonomy Beijing promised," he said.

The foreign ministers of the UK, Australia, and Canada also released a joint statement saying they were "deeply concerned" about the proposed legislation.

The new sanctions come as tensions mount between the US and China. President Donald Trump has accused Beijing of covering up the origins of the coronavirus, which first appeared in the Chinese city of Wuhan in December last year.

Recently, the US has increased its criticism of how China treats ethnic minorities in Xinjiang. Last October, lawmakers sanctioned 28 Chinese entities for their involvement in human rights violations in the region.

Uighur activists and witnesses claim that China is trying to forcibly integrate the Muslim ethnic minority group. China has said it is providing vocational training and discouraging extremism.

The National People's Congress has unveiled details of a controversial security legislation that experts say could fundamentally weaken the "one country, two systems" political framework and damage Hong Kong's autonomy. (22.05.2020)