Does US-China coronavirus blame game threaten scientific investigation? | Asia | An in-depth look at news from across the continent | DW | 08.05.2020

China's need for official secrecy and the Trump administration's need for a coronavirus scapegoat, are combining to lend credibility to conspiracy theories. Could science become a victim of the politics of the pandemic? 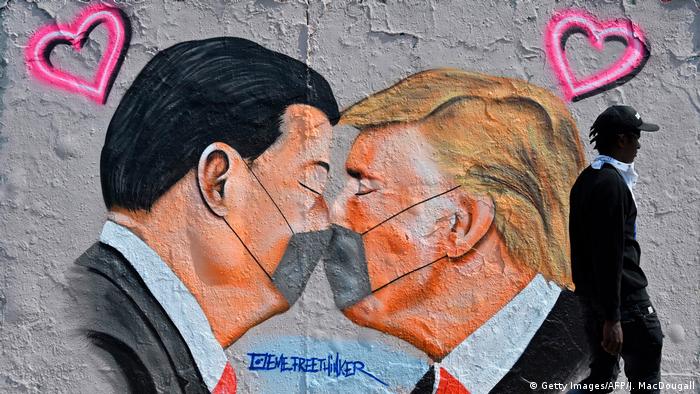 As world leaders and experts emphasize global cooperation in beating back the COVID-19 pandemic, there is growing concern that the two countries with the greatest resources are stuck in a propaganda-fueled dispute over the virus' origin that threatens to distort science-based investigation.

China has been trying to demonstrate the prowess of its governance in beating the virus and marshalling a sturdy recovery. The US is taking every opportunity to remind the world that China is responsible for the entire mess, while deflecting attention from the deficits in its own response.Subscribe to Corona Compact — DW's newsletter tracking coronavirus in Asia

Their latest row is over US Secretary of State Mike Pompeo's statement last Sunday asserting that there is "enormous evidence" that SARS-CoV-2 escaped from a poorly regulated bio-lab in Wuhan, the city in central China where the first cases of COVID-19 were detected.

Beijing called the assertion "insane" and the World Health Organization said it was "speculative." Intelligence agencies around the world, including in the US, have not reached any conclusions about the virus' origin. US President Donald Trump has promised a "conclusive" report pointing to China.

"Pompeo is a known China hawk, and not a particularly credible one. But he is the US secretary of state — even if people don't necessarily believe what he's saying, they need to take it seriously," said Jeffery Wright, an analyst at the US-based political risk consultancy Eurasia Group.

The preliminary scientific consensus is that SARS-CoV-2 formed naturally in an animal and was able to jump into humans. How this happened is under investigation.

As the lab was cooperating with two US-based research organizations, the diplomats recommended that the US government pay more attention to the lab's "important and dangerous" work studying coronaviruses in bats and provide more assistance to address the safety concerns.

According to the Post's reporting, the US government provided no extra assistance in response. However, after the COVID-19 pandemic began, the 2018 cables drew attention in Washington — as evidence that Chinese officials and scientists were to blame for the outbreak.

China's early response to coronavirus has been widely criticized across the world. Authorities in Hubei province initially tried to cover up the outbreak in Wuhan and allowed millions of people to continue to travel. The delayed containment and mitigation measures potentially spread the pathogen further.

To its credit, China managed to contain COVID-19 in a few weeks, albeit by putting in place draconian restrictions on people's movement and systematic quarantine regimes in cities like Wuhan.

Beijing's propaganda apparatus has been busy touting its success story and downplaying what in January looked like a disaster for China's carefully curated global image.

But the Chinese government's demonstrated lack of transparency also drives a global narrative that Beijing is hiding something. This can provide fertile ground for conspiracy theories, which complicate rational analysis of where the disease came from and how it can be stopped.

"Unfortunately, we are experiencing a situation where the question of COVID-19's origin, and the various strategies in fighting the pandemic, have become the subject of a propaganda war between the American and Chinese governments," German sinologist Felix Wemheuer told DW. 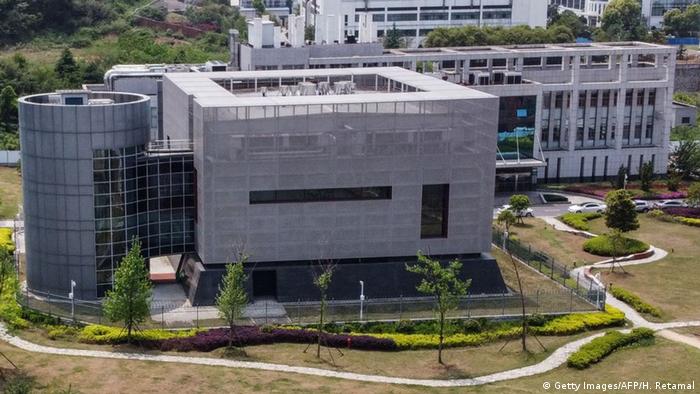 And as the Trump administration's response also draws widespread criticism, officials in Washington have been all too eager to point out where the virus came from.

"China could have spared the world a descent into global economic malaise. They had a choice but instead — China covered up the outbreak in Wuhan," Pompeo said this week. "China is still refusing to share the information we need to keep people safe."

However, despite China's initial cover-up, the world was aware that COVID-19 was a severe threat before the full brunt of the disease reached the US. The dithering response by the Trump administration included weeks of denials and mixed messaging.

When it was clear in March that COVID-19 was spreading rapidly around the country, disjointed federal action left states to fend for themselves. The US is now the world leader in the total number of cases and deaths, although it fares better than European countries like Italy, Spain and the UK when it comes to case fatality rates.

"The political opportunity for the Republicans is that blaming the virus on China gives them a chance to deflect blame for Trump's poor response to the crisis," said analyst Wright. "It also gives Trump a useful enemy — his politics depend on conflict, and the virus was not a very good enemy, because it's faceless and can't be effectively attacked."

After some US states in April called for China to pay reparations for the impacts of the pandemic, Klaus Mühlhahn, a sinologist at the Free University in Berlin, told DW that it was a sign of escalation and failed diplomacy.

"Even during the Cold War, when there were serious illnesses, the East and the West worked and conducted research together."

'Science needs to be at the center'

As the pandemic gets wrapped up in politics, there is concern that investigation into the origin of SARS-CoV-2 will be skewed away from science, as the US pours resources into probing the Wuhan lab for a smoking gun that will cement claims of Chinese culpability.

"Analysts are now clearly under political pressure to ascribe to the lab theory," said Wright.

The WHO's emergencies chief, Michael Ryan, recently warned against politicizing the scientific investigation into the origin of SARS-CoV-2. "We can learn from Chinese scientists, we can learn from each other, we can exchange knowledge and we can find the answers together," said Ryan, adding that scientists should be at the center of exploring where the virus came from.

"If this is projected as aggressive investigation of wrongdoing, then I believe that's much more difficult to deal with. That's a political issue, not a science issue," said Ryan.

"Science needs to be at the center. Science will find the answers," he added. "The implications of those answers can be dealt with from a policy and political perspective."

And as political tension increases, international scientific cooperation on understanding how viruses like SARS-CoV-2 originate and proliferate also comes under pressure.

For example, in late April, the US National Institutes of Health cut funding for a project studying how coronaviruses transfer from bats to humans, because the project's sponsor allegedly used funding to cooperate with scientists at the Wuhan Institute of Virology.

In January, China also temporarily closed a lab in Shanghai that first discovered the genome sequence of SARS-CoV-2 after one of its scientists shared the information with colleagues around the world online. Beijing claimed the lab was closed for "rectification."

"The new 'Cold War' is coming at an extremely unfavorable time. If the international community does not find a common answer to the global challenge of this and the next pandemic, the future looks bleak," said sinologist Wemheuer.