Coronavirus: From bats to pangolins, how do viruses reach us? | Science | In-depth reporting on science and technology | DW | 26.03.2020 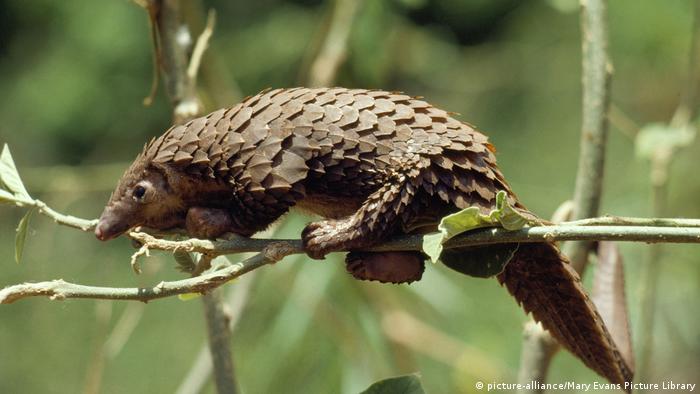 As the deadly coronavirus sweeps across the globe, killing tens of thousands, prompting border closures and a worldwide lockdown, scientists race to find out exactly how the outbreak began.

Now, a new study published in Nature suggests that endangered pangolins — a scaly anteater trafficked for food and medicine — are a likely link between the coronavirus, bats and humans.

While initial speculation pointed to seafood, snakes and another bat-borne coronavirus from Yunnan province in southwestern China, researchers from Hong Kong, China and Australia have found that genetic sequences of the novel coronavirus in pangolins are 85.5% to 92.4% identical to the coronavirus currently infecting hundreds of thousands people. That means, before reaching humans, the virus could have passed from bats to the pangolin, the most illegally traded animal in the world.

More than 25,000 people have now died from the fast-moving coronavirus, known as SARS-CoV-2, which was first detected in December 2019 in Wuhan, China.

What is it about bats?

It isn't the first time the world has witnessed an outbreak of a bat-borne virus. Ebola is thought to have originated in bats, as well as two other types of coronavirus — SARS (Severe Acute Respiratory Syndrome) which emerged in Asia in 2003 after moving from bats to civets to humans, and MERS (Middle East Respiratory Syndrome), which has infected around 2,500 people since 2012 after being transferred from camels.

This isn't necessarily surprising considering the great size and spread of the bat population, says Yan Xiang, a professor of virology at the University of Texas. Bats are the second most common mammal after rodents, making up nearly 20% of all species of mammals — there are more than 1,300 species of bat and some can live up to 40 years.

But experts believe it's the bats' unique immune system that allows it to harbor so many viruses. 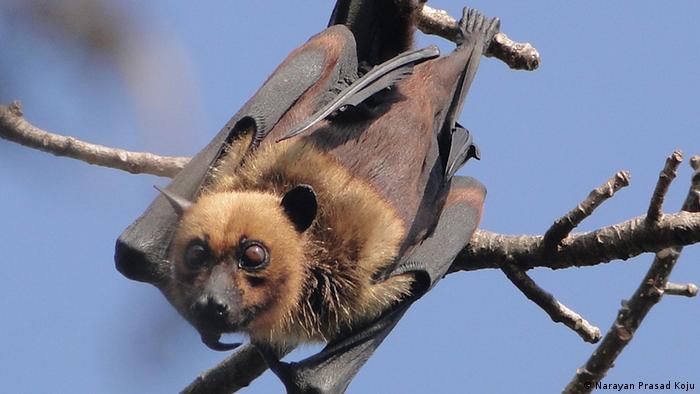 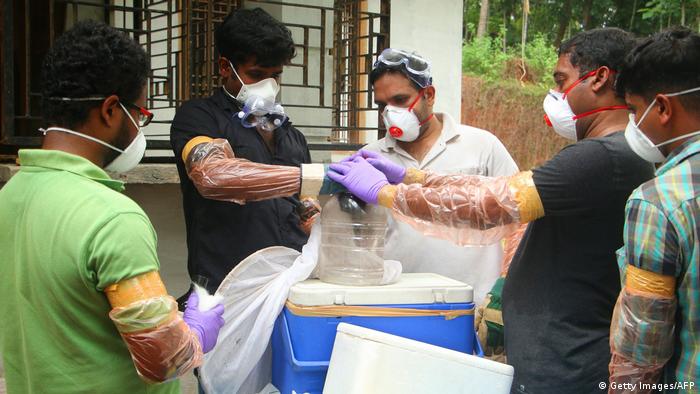 Bats are a common source of viruses: Ebola, SARS, MERS, and Nipah can all be traced back to them

While Xiang says scientists "don't yet have a complete picture" of this system, he points to two key elements of the mammal's immune response, called "innate immunity" — their high body temperatures and higher levels of interferon, which signals the activation of an antiviral state.

Bats are the only mammal with the ability to fly, which increases their body temperature and metabolic rate, and puts their bodies into a constant state of "fever." Some scientists believe that bats have suppressed their immune systems to cope, which allows them to tolerate more viruses.

Coronaviruses are zoonotic viral diseases, meaning they are passed from animals to humans, and while in the animal, the virus goes through a series of genetic mutations that allows it to infect and multiply inside humans. Although the coronavirus is thought to have originated in bats, this doesn't mean it was directly passed from bats to humans. 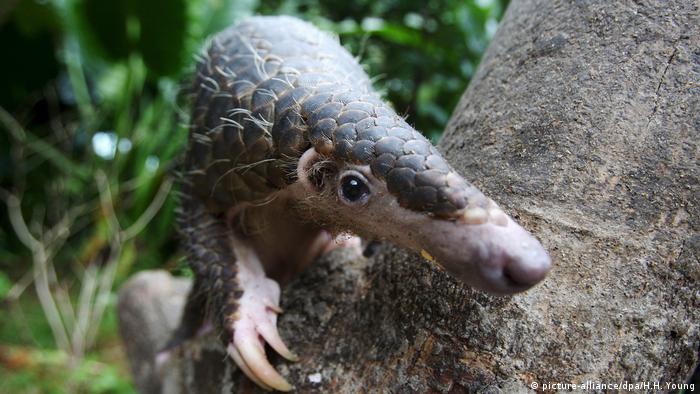 Pangolins are the most illegally traded animal in the world, and used in traditional Chinese medicine

As researchers involved in the latest Nature study suggest in a SARS-CoV-2 explainer, the distinct ecological differences between bats and humans means it is likely that the novel coronavirus needed to pass through another mammal in order to "amplify," or further mutate, so that it could be transmitted to humans.

"The virus was probably unable to infect humans directly through bats, so it had to go through an intermediate animal to further mutate in order to infect humans," Xiang told DW. In the case of previous coronaviruses transmitted to humans, SARS and MERS, civets and camels acted as these intermediate hosts.

The link between the novel coronavirus and pangolins was previously suggested by a study from South China Agricultural University researchers in early February, who studied more than 1,000 samples from wild animals.

Xiang says the evidence for those claims actually "already exists" in a paper from October 2019, which published genome sequences of sick pangolins smuggled from Malaysia to China, finding evidence of coronaviruses. Although there's a strong similarity between the coronaviruses found in pangolins and SARS-CoV-2, further research is needed to establish exactly how the virus jumped from animal to human.

While the devastation of such outbreaks is difficult to predict, Stuart Neil, head of virology at King's College London, says "in the grand scheme of things," events like this "don't happen very often."

"We're probably exposed to these viruses from other species much more often than we get transfers of new viruses from animals and these sustained epidemics," he told DW.

The reason for that, Neil says, is "due to our intrinsic defensive mechanisms." There is no such thing as an inherently deadly virus, he points out, because what may be harmless to one species, as shown by the numerous coronaviruses that circulate in bats, may be deadly to another.

"It's entirely dependent on the defense mechanisms of the host species and whether they can live in harmony with a virus or not."

Such epidemics are becoming more likely, though, as humans increasingly encroach on the habitats of wild animals, he warns, saying that "humans are exposed to these viruses because of how they behave and interact with animals."

Officials from the World Health Organization have said the number of new coronavirus cases in China fell for the first time since the outbreak began. But they warned the virus may not yet have peaked. (06.02.2020)