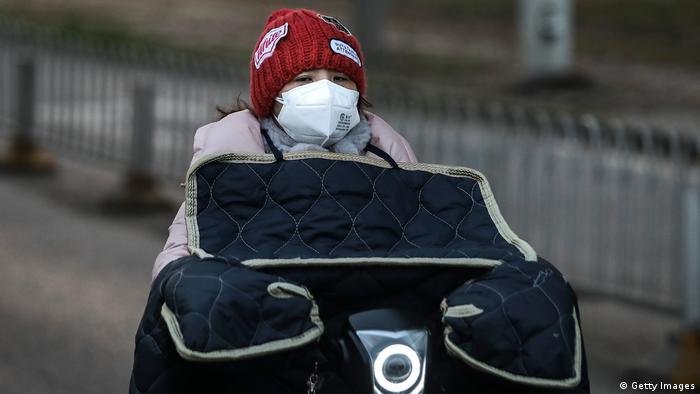 The outbreak of novel coronavirus (nCoV) in China has ushered three P-shaped elephants into the room: three things we don't want to name. First, there's pandemic. Second, there's panic. And third, there's phobia. But the greatest of these, to misquote the Corinthians, is phobia.

As in xenophobia. And racism.

The Biblical reference is not for nothing. Consider how illness and healing is handled in the New Testament ... Those who had leprosy were burned in Hinnom (Gehenna) Valley, which an Associated Press news agency report once cited as a "synonym for Hell." 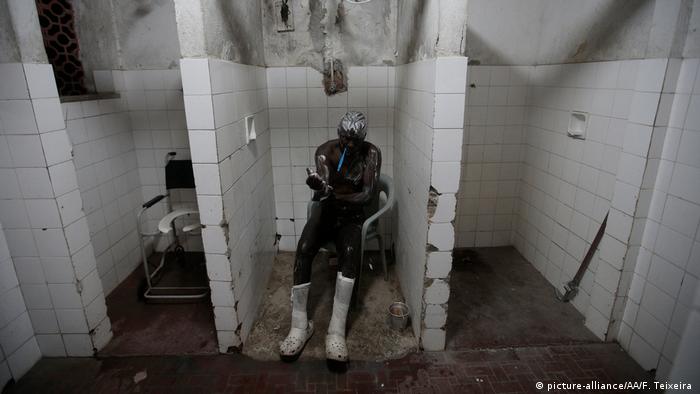 Leprosy may be 'biblical' but it's not in the past: This leprosy patient was being treated at Curupaiti colony hospital in Brazil

But when the sick were healed, they are brought back into the fold.

The number of anecdotal reports of racism or xenophobia against Chinese people, or people who non-Chinese perceive to be Chinese, has been on the rise since the virus went global.

As it's anecdotal evidence, we feel it's okay to look away, with a shrug of "We're not racist!"

But that's the very problem with such irrational feelings. They are almost impossible to track if you discount anecdotal evidence. Especially as journalists, it pays to keep your eyes and ears open, rather than merely relying on carefully crafted briefs from researchers or politicians. At the same time, there is a dearth of reliable evidence. Some numbers may even mislead us.

For instance, I could tell you that there's a statistical, high probability that people from China, or those who have traveled through Asia, will have a greater risk of catching the virus than you in some quiet American suburb. And you would think, "Hmm, makes sense." But without painstakingly checking a variety of data points, all you would have is a spurious logic to substantiate what we in the industry term BS.

A U.N. report called "Dimensions of Racism" calls for more disaggregated evidence that includes specific information on race and ethnic groups, even though "biologically, there is only one human race."

For now, you read posts on social media, where an Asian Supermarket in the German city of Cologne is at pains to make customers realize that "We are not the virus!" You hear stories, such as one from a colleague who just got back from my native London, where they saw passengers on public transport "pulling their shirts up over their noses [as is if this would save them] when sitting near East Asian-looking people."

Or you take a hard look at yourself, as this writer did the other day. Consequently, I'm prepared to out myself here as a racist and/or xenophobe (more on which in a moment). I was doing the weekly shop and happened to see a sack of oranges on special discount. Then I noticed they were from China, and I laughed to myself, "I'm not touching those! Anyway, they're probably reduced to clear because of the lurgy!"

At the next shop I saw two people who may or may not have been Chinese, but they looked close enough for my irrational mind, and I kept starring at them, thinking, "Have they just flown in? Have they brought the coronavirus to my quiet neighborhood?"

Spectrum: Do I scare you?

I went home and wiped every item I had bought. And then I thought, "You bl**dy fool, Zulfikar! You bl**dy racist fool!"

That poor couple, out doing the weekly shop like me, must have felt so objectified and they may not have even been Chinese, or from Wuhan. Or again, like me, a half-Indian who's never been to India, they may have never visited the country of their parents or grandparents birth.

Corkscrew of fear and loathing

The current case of coronavirus is a little complicated.

To start with we're dealing with a relatively unknown virus. Scientists don't know enough to understand how it spreads or develops, and as a result, how it can be stopped. And that sense of "unknown unknowns," to misquote yet again, this time former US Secretary of Defense Donald Rumsfeld, is a natural breeding ground for fear, irrational feelings of distrust, disgust, hate, racism and xenophobia.

That U.N. report describes xenophobia as including behavior that rejects, excludes and vilifies people "based on the perception" that they are "outsiders." Medically justified as they may be, national programs that remove and quarantine "plane loads" of people from Wuhan to Australia's Christmas Island or to military bases in the UK feeds into such perceptions.

As with the Biblical reference, Rumsfeld was not for nothing either. Rumsfeld and the George Bush Junior administration he served between 2001 and 2006 used that sense of unknown threats to leverage support for a Middle East war and an Islamophobia, encouraged with images of bearded Muslim bogeymen, which quickly transpired. 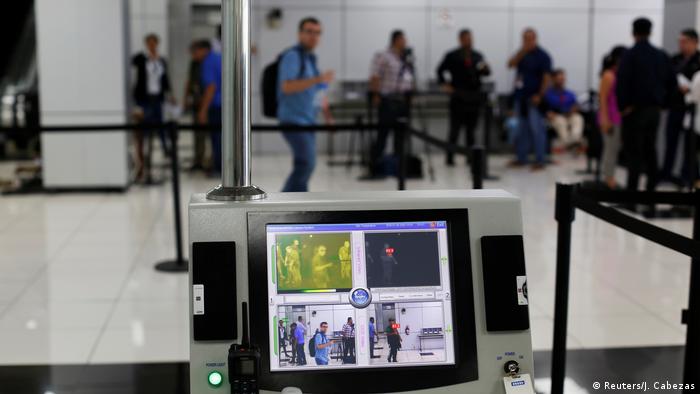 As far away from China as El Salvador: Thermographic imaging of air travellers

But then, when it comes to China, what extra leverage do people need?

We in the "West" already harbor feelings of distrust and xenophobia against the Chinese state and the people who live there — whether they're Chinese or not. We're perfectly happy to buy the iPhones they manufacture, but we sure as Hinnom don't want the Chinese firm Huawei anywhere near our 5G networks. They will spy on us, surely.

And it's happened before

The trouble is, we often don't even realize we're doing it. Which is part of the same kind of complacency and idiocy inherent in racism itself. So, for instance, UC Berkley may have thought it was doing students a favor when the university's health center said that "normal reactions" to coronavirus included panic, anger, hyper-vigilance to health and … wait for it … xenophobia.

But is it really? Normal? I suppose if a lot of people feel that way, you could say it is kind of normal. But that doesn't make it right. UC Berkeley was accused of "normalizing racism" (as reported in the The Washington Post) and apologized for the advice (my emphasis).

Only I would say a certain level of normalization is necessary. Without normalization, we can go on refusing to accept that racism or xenophobia, and the irrational psychological feelings that feed them, exist and need to be handled head-on.

After all, we have been here before. In 2004, a year after the outbreak of SARS in Asia, researchers wrote about "SARS-related fear, stigmatization, and discrimination." In an opinion piece for The New York Times, Iris Chang wrote about "Fear of SARS, Fear of Strangers," and led with a line about UC Berkeley (them again?) banning students from China, Hong Kong, Taiwan and Singapore from all its summer programs. 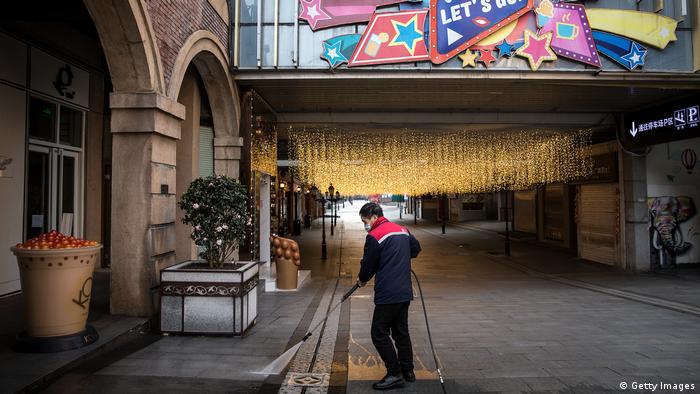 And those left behind in Wuhan ... Left to clean and rid the city of the virus

But these feelings of fear work like a corkscrew — they drill deep and risk fracturing any brittle constitution. These feelings can also endanger the perpetrators themselves.

In 2004, a paper about the "psychology behind the masks" referred to "two diseases looming" — one, the virus itself and two, that of a psychological nature. The authors write about "panic-stricken people" mobbing stores after a fake news article said Hong Kong would be sealed off from the world. Then, a man from Taiwan committed suicide in a hospital ward because he suspected family members had contracted the then-fatal virus. An evident, yet anecdotal, SARS-phobia was rearing its head. Now we have Corona-phobia.

None of this helps anyone. In fact, it's like the 1980s panic around HIV. The unthinking among us believed we could only get HIV if we were gay or bisexual. But as early as 1988 researchers knew that wasn't true.

And yet this fear of "the other" prevails. My colleagues at Spectrum, Conor Dillon and Gabriel Borrud, have spoken to Joshua Tybur, an associate professor and psychologist at the University of Amsterdam. Tybur's looked at reactions during the 2014 Ebola outbreak and found that "infectious disease threats make individuals worried about all kinds of people from a specific area." He says it's part of a "pathogen avoidance psychology."

"It doesn't take a degree in microbiology to realize that when there's an unflushed toilet in a public restroom, or there's a pile of vomit on the floor, that's something that we don't want to touch," says Tybur. "And this feeling of disgust really motivates us to avoid physical contact."

It's a good job we have nurses and doctors, who are clearly wired differently. As for the rest of us, xenophobia won't stop us catching the bug.

You can hear the full interview with Joshua Tybur on Spectrum.

The EU has said member states should allow Chinese telecoms giant Huawei to operate within the bloc — but with strict regulations to protect national security. The US has urged allies not to use the technology. (29.01.2020)