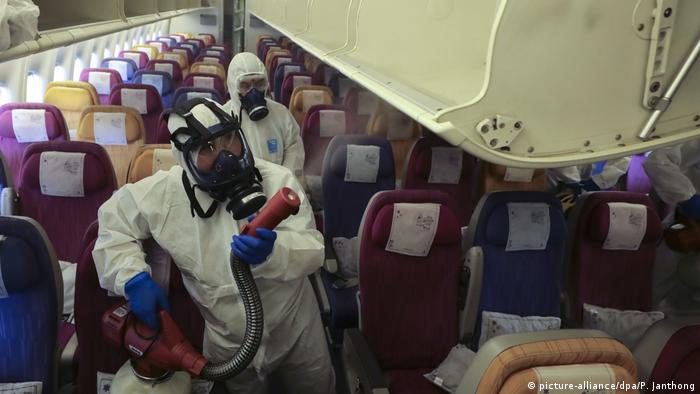 Japan and the US were the first to evacuate their citizens from Wuhan on Wednesday as the death toll from a coronavirus outbreak in China rose to 132.

With the number of confirmed cases now at nearly 6,000, the scale of the crisis has now exceeded the number of infected during the 2002-03 Severe Acute Respiratory Syndrome (SARS) outbreak that killed close to 800 people.

A Japanese plane with some 200 people on board arrived at Tokyo's Haneda airport on Wednesday morning. Authorities said four of the passengers were taken to hospital with fevers.

A US charter flight carrying 201 American evacuees from Wuhan is continuing its way to southern California after everyone on board passed two health screening tests in the Alaskan city of Anchorage, where the plane stopped to refuel.

The plane carried staffers from the local US consulate, as well as other US citizens. The screenings were carried out by the Centers for Disease Control and Prevention. 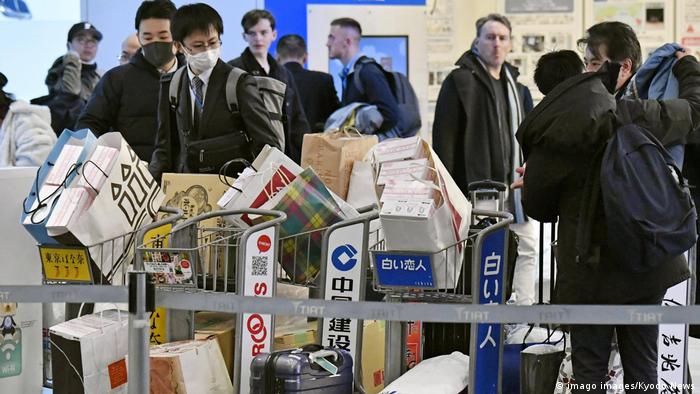 Germany to evacuate citizens to Frankfurt

German Health Minister Jens Spahn said Wednesday that he expected the federal government to reach an agreement with authorities in Hesse, where Frankfurt Airport is located, to evacuate presently German citizens currently in Wuhan.

"We want Germans in Wuhan and Hubei flying out as quickly as possible," said Spahn.

"We are therefore in close contact with the Hessian authorities to come to a solution between the federal government and authorities there and I assume that we will succeed in that in the next few hours so that the plane can take off quickly," he told reporters.

The governments of Australia and New Zealand said they would work together to evacuate citizens from the province of Hubei, where Wuhan is situated. Evacuees are set to be quarantined on Christmas Island for up to 14 days. The remote Australian territory in the Indian Ocean is best known for being used to hold asylum-seekers who had attempted to reach Australia by boat, as well as foreigners convicted of crimes in Australia awaiting deportation.

Canada and the Philippines are among the other countries monitoring the situation and weighing options to get their citizens home.

Many countries have urged their citizens to "reconsider" all trips planned to China. UK airline British Airways on Wednesday suspended all flights to and from the country.

First discovered in Wuhan, the new strain of the pneumonia-like virus is believed to have originated in the city's animal market. Chinese authorities have enacted a transport ban in Wuhan and 15 other cities in Hubei province as part of a mass quarantine effort, leaving around 50 million people stranded.

About 50 cases have been recorded outside of China, in South Korea, Taiwan, Thailand, Nepal, Vietnam, Saudi Arabia, Singapore, the UAE, the US, France and Australia. Many countries, including Germany, have instituted health checks for airplane passengers arriving from China.

In the United Arab Emirates, a family of four Chinese tourists became on Wednesday the first confirmed cases of the virus in the Middle East. A local doctor confirmed that the first to get sick of the four family members only showed symptoms after a week on holiday.

Germany reported three new cases of the virus in Bavaria on Tuesday, saying they were "connected" to the first patient confirmed a day earlier. Health officials said that the first person had contracted the disease from a Chinese colleague who had visited the area for a company workshop a week ago.

Chinese President Xi Jinping has called the mysterious virus a "demon" as he met with World Health Organization (WHO) chief Tedros Adhanom Ghebreyesus in Beijing on Tuesday, and vowed a "timely" release of updates on the crisis.

Following the talks, the WHO said the two sides agreed to send international experts to China "as soon as possible."

"Stopping the spread of this virus both in China and globally is WHO's highest priority," Tedros said.