For China's travel industry, the outbreak of the SARS-like coronavirus couldn't have come at a worse time. Just as the Lunar New Year holiday season is fully kicking in, millions of Chinese travelling home to spend a few days of leisure with their families will find the gates of theme parks like Disneyland in Shanghai, movie theatres and even restaurants closed.

In total, some 50 million people are in quarantine in China. Wuhan, the Hubei province capital known to be the epicenter of the outbreak, has been locked down.

On Tuesday, the government in Beijing announced that the New Year holiday would be extended by one week and that travel to the financial hub of Hong Kong was restricted. Chinese airlines affected by the travel bans to restricted areas have begun to reimburse customers for cancelled flights.

As governments, global companies and international health organizations rush to contain the spread of the virus that has claimed more than 100 lives so far, businesses in Germany have begun to step up measures, too.

Cultural tour operator Studiosus has cancelled all of its guided tours to China up to mid-April, while Germany's flag carrier Lufthansa said it was noticing "slightly reluctant bookings" for China.

For many German companies with operations in China, the country's main holiday season provides much-needed time to ride out the virus outbreak. Battery maker Hoppecke of Brilon, Germany, on Saturday closed its three factories for the holiday season, including its main production site in Wuhan, where about 500 workers assemble lead batteries.

"About 99% of our Chinese staff are on holidays," the company told DW in a statement, with its entire German staff having left China already. The firm says management is waiting to see how the situation develops and what German authorities will announce as far as travelling to China is concerned.

Swiss industrial conglomerate ABB told DW that its production facilities in Wuhan would continue to operate, and added that it was in permanent contact with its 100 staff there to inform them about preventative measures via mobile app.

Germany's top auto manufacturers, Volkswagen, BMW and Daimler, as well as chemical giants Evonik and BASF, also told DW that they would closely follow the health guidance related to the outbreak provided by the World Health Organization, the German Foreign Ministry and the Robert-Koch-Institute, which is Germany's official health and disease control watchdog. 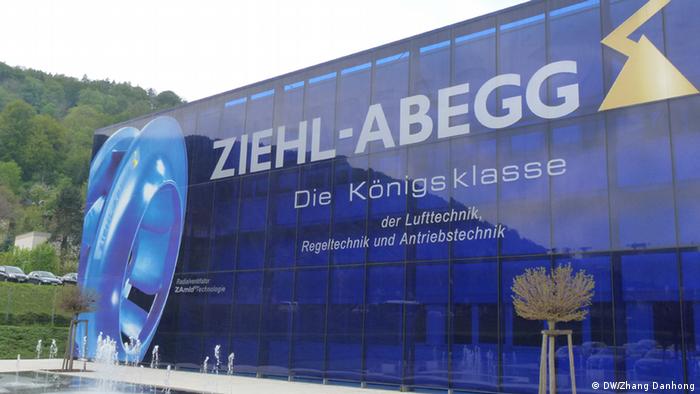 Apart from those companies which have adopted a wait-and-see approach to the disease, there are also some firms which have already taken swift and more drastic action.

Global auto parts supplier Schaeffler already on Thursday last week banned its staff from travelling to China. A similar decision was made by air cooling and climate technology provider Ziehl-Abegg.

"The health of our workers is currently more important than commercial considerations," the firm's chairman Peter Fenkl said.

Ziehl-Abegg has even stopped container shipping of its latest products intended for Asia's biggest industry trade show for the sector, China Refrigeration, due to take place in Wuhan in April.

German wholesale giant Metro AG has more complex issues to tackle over the virus outbreak because it needs to protect not only its Chinese and foreign workers but also its customers. The company runs four marketplaces in Wuhan alone and has set up special checkpoints there to screen the body temperatures of staff and customers alike. In addition, the staff at its stores is required to wear face masks, while cleaning and disinfection intervals have been shortened.

Moreover, Metro's Chinese staff has been called upon to stay away from farms and local markets, and avoid contact with live animals in general. No infections have so far been reported by the wholesaler, although the company refused to tell DW whether the measures are impacting its sales at its Wuhan outlets. 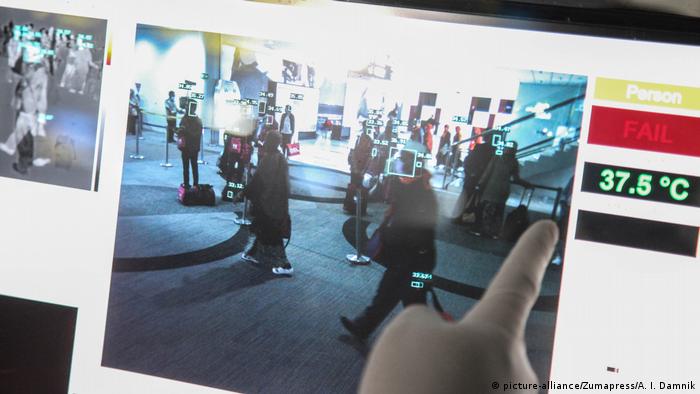 Back in Germany, the country's biggest aviation hub, Frankfurt Airport, has so far avoided introducing temperature screening for passengers. In close coordination with health authorities, the airport is increasing displays of health and hygiene advice at its terminals, said Jana Schäfer, spokeswoman for the airport operator Fraport.

"We think we are well-prepared," she told DW, adding that this wasn't the first health crisis Fraport had to deal with, and that it had gained valuable experience during the 2003 outbreak of the SARS virus.

Frankfurt is one of altogether five so-called "sanitation airports" in Germany — alongside Berlin, Dusseldorf, Hamburg and Munich — where specially trained medical personnel are available to screen suspect passengers for possible disease risks on board planes upon their arrival. The task forces there are warranted to enforce quarantine measures.

Meanwhile, the government in Berlin has established a disease control task force at the Robert-Koch-Institute charged with gathering information about the coronavirus and ensuring swift countermeasures to contain an outbreak in Germany.

Despite the measures taken by German companies and authorities against the disease, fears of the new virus migrating to Germany, too, are spreading. Germany has already confirmed human transmission of the virus. In the towns of Krefeld and Ulm, Chinese schools have canceled festivities marking the Lunar New Year — to be on the safe side, officials claimed. And Germany's blue-chip DAX index has followed stock markets around the world into negative territory amid fears that a coronavirus pandemic might prove a drag on global growth.

Wuhan in the grip of coronavirus

Wuhan - a city in the grip of coronavirus