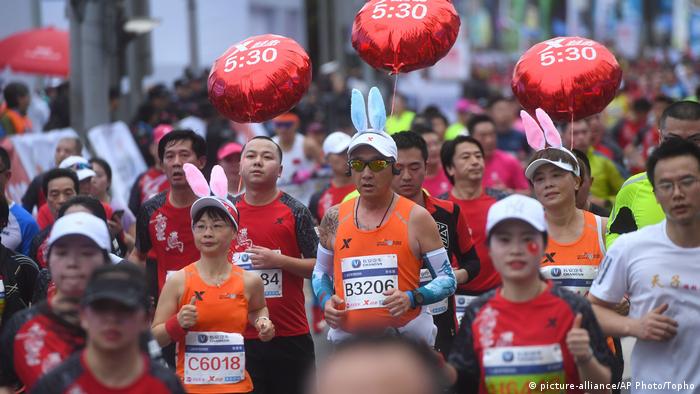 International sports organizations are monitoring the spread of the deadly coronavirus in China closely after several sporting events were either canceled or relocated due to the outbreak.

Football, tennis, boxing, cycling, running and even e-sports events have all been affected by the spread of the virus which has claimed the lives of at least 106 people and infected over 4,500 more.

World Athletics (known until June 2019 as the IAAF) said they were "following the situation closely" and were in "close contact with the World Health Organization (WHO)" regarding the upcoming World Indoor Athletics Championships in March, which are due to take place in Nanjing, just 500 kilometers from Wuhan, the epicenter of the virus.

Nanjing, a city of over 8 million inhabitants in Jiangsu province, had also been due to host women's Olympic football qualifiers involving China, Australia, Taiwan and Thailand in February, which had originally been set to take place in Wuhan. But the Asian Football Confederation (AFC) confirmed this weekend that the games would now be held in Sydney, Australia.

"In consideration of the spread of the 2019-nCoV virus across China, and after the negotiations with the AFC, we have decided not to host the qualifying matches to ensure the health of all athletes, coaches and working staff," read a statement from the Chinese Football Association (CFA).

"The safety of all players, officials and fans is of paramount importance,” added Chris Nikou, the head of Football Federation Australia (FFA). "We are confident we will host a successful tournament here in Sydney.” 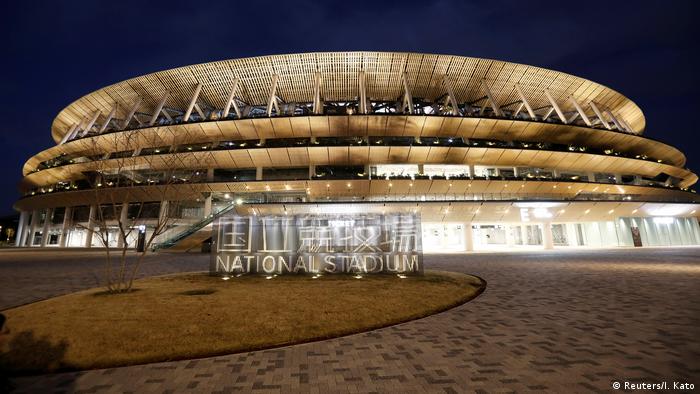 Could the coronavirus even put the Tokyo Olympics at risk?

On Monday, the president of the German Olympic Sports Confederation (DOSB), Alfons Hörmann, called the coronavirus "the biggest risk" ahead of the Summer Olympics in Tokyo (June 24 – August 9).

"This is a serious problem because no other part of life is so dependent on international exchange than sport,” said Alfons at a meeting of the (DOSB) in Frankfurt, adding that he trusted "affected countries and international sport to do everything possible” to find a solution, highlighting the Zika virus which overshadowed the build-up to the 2016 Olympics in Rio de Janeiro but ultimately had a minimal effect on the Games.

But more immediate events have already been affected. The International Tennis Federation (ITF) has moved next month's Fed Cup Asia/Oceania Group I event from Dongguan in southern China to Kazakhstan, insisting however that the decision wasn't a direct result of the spread of the coronavirus but one of logistics.

"The decision to move the event to a different venue was taken due to increasing travel restrictions in China at the present time and followed consultation with independent security advisers," the ITF said in a statement. The women's team event, which features China, Taiwan, India, South Korea and Uzbekistan, will now be held in the Kazakh capital Nur-Sultan (known until recently as Astana) on the originally scheduled dates, February 4-8. 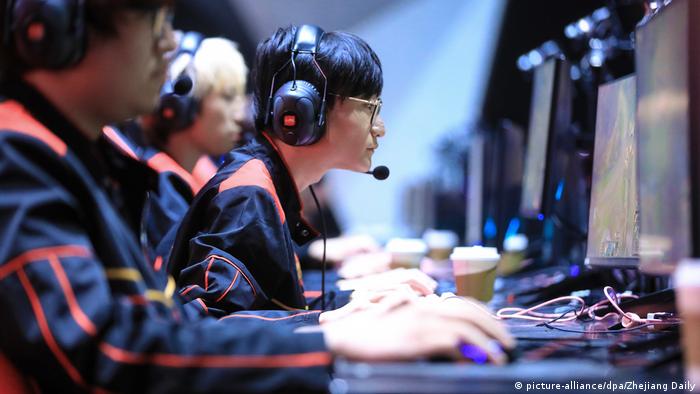 China's "League of Legends" e-sports league has been suspended

Olympic boxing qualifiers originally due to take place in Wuhan have also been moved to Amman, Jordan, but other events such as the Hong Kong marathon, scheduled for February 9, and the Tour of Hainan cycling race later in February, have been canceled outright.

"We are in regular contact with the Chinese authorities, who are keeping us informed of the evolution of the health situation and its impact on the organization of cycling events in the country," said the International Cycling Union (UCI) said. "We will take decisions necessary to ensure the safety of all stakeholders."

A decision is yet to be taken on the women's Tour of Chongming Island, from May 7-9, the next UCI-sanctioned bike race in China, while the status of the Olympic alpine skiing test events ahead of Beiging 2022 is also in doubt.

"We have no intention of taking any risks," said Sarah Lewis, general secretary of the International Ski Federation (FIS), speaking at the world championships in Kitzbühel, Austria. "We will be following the advice of the WHO and are in close communication with the International Olympic Committee (IOC)."

Even e-sports have been affected, with the Chinese League of Legends Pro League (LPL) announcing on Monday that all matches had been postponed until further notice "in order to protect the health of our players and fans."