Germany seeks to boost climate and development on G20 agenda | Environment| All topics from climate change to conservation | DW | 17.02.2017

The Trump administration may steal the limelight at all the international top-level meetings. But behind the scenes, the international community is pressing on regardless - and climate action is gathering momentum 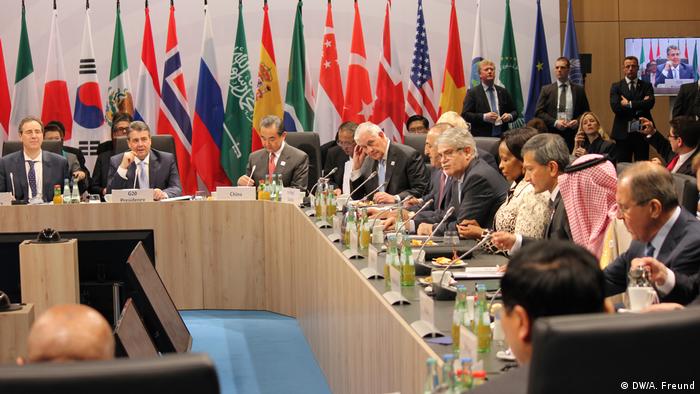 When the foreign ministers of the world's 20 key economies meet to tackle the implementation of the 2030 Agenda for Sustainable Development and the Paris Agreement on climate, there has to be something serious going on.

The foreign ministers are not normally involved in the G20, an informal but hugely influential grouping. It usually involves the finance ministers in particular.

"It is notable and laudable that they come together in this form for the first time in many years," Adolf Kloke-Lesch told journalists at a briefing held in Bonn by the German Development Institute DIE behind the scenes of the meeting. On the table at this powerful forum for multilateral cooperation on global issues: implementing the 2030 agenda and the Paris Agreement.

Kloke-Lesch is director of the Sustainable Development Solutions Network (SDSN) and works with the DIE, which, alongside the Kiel Institute for the World Economy (IfW) is coordinating the T20 during the German G20 presidency. The T20 is a network of research institutes and think tanks from the G20 countries. In these times of crisis, the experts provide the G20 with solid, research-based information, a kind of reality-check for the world's political leaders.

Germany took over the presidency of the G20 from China in December. Chinese analyst Lina Li from the Berlin think tank Adelphitold DW Germany has put its own stamp on its term in officeby putting sustainable development and climate change in the spotlight. 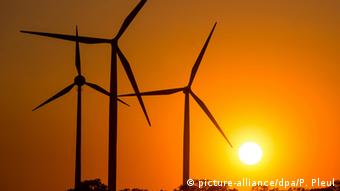 By putting the Agenda 2030 and the Paris Agreement onto the agenda of a foreign policy and security meeting, the German government lends the issues increased urgency, emphasizing their relevance for peace and security. For Kloke-Lesch, it marks a clear attempt to ensure that climate and sustainability are not sidelined to development policy, but rather mainstreamed.

It is not clear, however, how successful this attempt will be. The SDSN Germany chief stresses that half the countries in the G20 have different heads of state than they did when the agenda was passed in 2015. A shift in policy by one or two players – like oil-producing countries - could easily upset the consensus, he notes. And in the present international political constellation, that risk seems very real.

Dirk Messner is the director of the DIE and one of the German government's advisors on global environmental change. He says the original idea was for the foreign ministers' meeting to take on responsibility for implementing the 2030 agenda and the climate agreement, instead of "just"  the climate, energy and environment ministers. This was supposed to be a sign of "a comprehensive re-orientation in international politics in general," he said. But these plans were made during the US elections. The election of Donald Trump casts a whole new light on these issues, Messner said. Now, the whole future of multilateral cooperation is at stake. 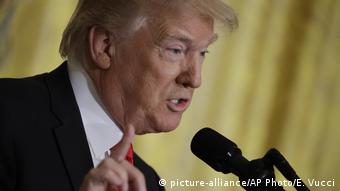 The threat from populism and xenophobia

"This is a very important moment in the process of the development of the G20. It's a situation which is really critical, where the pillars of the international order are being called into question," Messner said. He stresses President Trump is not the only factor.

"There is also Orbán or Ms Le Pen. In 2017 we have a series of elections in Europe, too, which could go one way or the other; and this is about re-affirming the multilateral system, the basic idea that brought the G20 together, that we can only solve problems together."

Axel Berger heads the G20 research group at the DIE. He sees the whole world trade system at a turning point. Protectionism is en vogue, he told the Bonn briefing, not only in the US.

Clearly a collapse of multilateral agreements in favor of bilateral deals would not be to the advantage of climate action. It would also put developing countries with less clout at an even greater disadvantage than they are already.

"We should shape the 2030 Agenda and the Paris Agenda in such a way that we have a modernisation project for the global economy," he said.

"At the moment, we don't see any other promising project like this. Basically it's about development and growth."  But he stresses this cannot go ahead without measures to promote social equality, with training and employment initiatives.

"What's good for the climate may not necessarily be socially just," he stressed, citing Germany's Lausitz region, for instance, where climate-harming lignite mining was a key industry, and structural renewal is key. 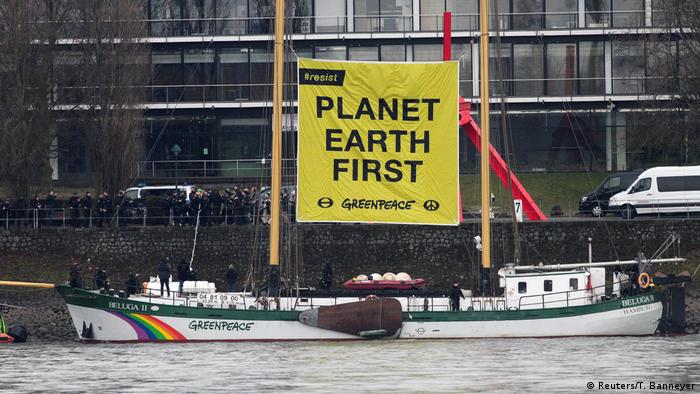 The challenge for the G20 today, and in particular for the German presidency, is to make sure the progress made with the agreements on the 2030 Agenda and climate are kept on course and not torpedoed by leadership changes in individual countries like the US.

The experts see these issues as a potential basis to hold the international community together.

"If we don't act on climate, we will have migration problems, and those are relevant to security," said Messner.

It remains to be seen whether this thinking can influence the policies of the Trump administration.

But even if it does not, the world is already on course for a low-carbon economy, Messner is convinced.

"We can think ourselves lucky we only got Trump in 2016, not 2006," he quipped. Since then, alternative technologies have become affordable and competitive, thanks, not least, to government subsidies, many of which would be unthinkable in the present political climate.

Meanwhile, even in the US, regions and cities are pressing ahead with investment in climate-friendly renewable energy technologies.

Bonn is the headquarters of the UNFCCC, the United Nations climate body, and will be the scene of the world climate conference in November.

So far, Trump has yet to follow up on his threat to take the US out of the Paris Agreement. But other steps aleady taken by his administration leave little grounds for optimism on this front.

But whatever course the US take, the world has to stay on course.

"The Paris Agreement with its fast entry into force has shown that with its current more flexible approach, offering pathways for decarbonisation and opportunities for cooperation, it has broad based support. This in turn makes it more resilient to a single country, even though it may be one of the most important countries, to solve the climate issue," Chinese analyst Li told DW. 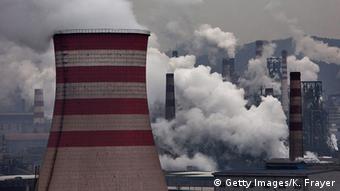 China is racing to replace its dirty coal with renewables

She also stressed that China had made it clear it would not be diverted from its positive stance towards the implementation of the Paris Agreement and the decarbonisation of the economy by the change in the US's position.

Messner stresses the opportunities for new partnerships with previously neglected countries like India or Indonesia.

The US could find themselves out on a limb, while China forges ahead. At some point,  the DIE experts say, the Americans will have to decide whether they shouldn't change course and come aboard after all.

As Germany gears up to host the G20 summit in Hamburg in June and the UN world climate conference in November, climate and sustainable development are making their way into the mainstream of international politics. As Lina Li puts it "we all know the G20 countries will be more or less decisive for the future of the global climate and energy agenda."

Dirk Messner sees the world in a "nightmare" situation. But we must not let that hold us back, he insists.