Interview: Will China lead the world on climate action? | Environment | All topics from climate change to conservation | DW | 14.02.2017

Interview: Will China lead the world on climate action?

As the US administration's position on climate change flails, a new contender has emerged. Could China, another of the world's top CO2 emitters, take the lead on climate? Maybe, says China analyst Sam Geall. 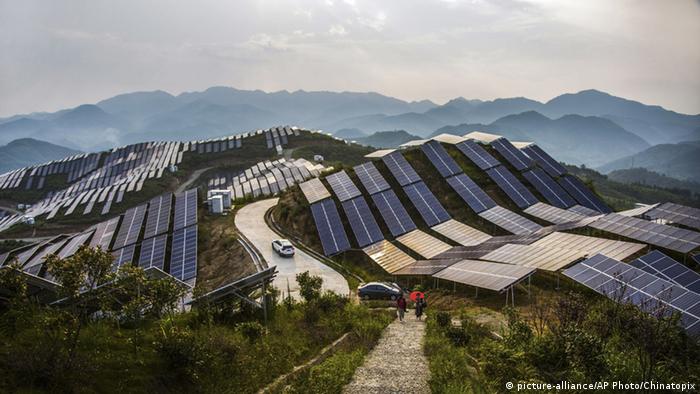 DW: What are the biggest incentives and drivers for China to take the lead on climate change?

Sam Geall: There are big economic drivers for China to move towards a low carbon transition. They're already reaping the benefits of long- term innovation policy, meaning they have firms positioned in strategic areas like renewable energy, which are now starting to lead in investments, increasing innovation and in patents. And as a result we've seen things like a huge cost deflation in solar and wind energy, largely thanks to the scale of manufacturing in China. So there are huge commercial opportunities as firms start to move into these increasingly profitable and dynamic sectors.

At the same time, there are strong political drivers: China wants to position itself in technology leadership, it wants to be the leading supplier of low carbon products to the rest of the world and it wants to restructure its economy away from heavy industry towards innovation and services.

There's also a strong social driver which has a lot to do with the kind of public outcry around air pollution and other environmental problems. 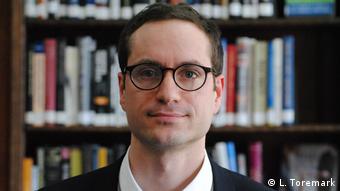 What signs are there that China is already positioning itself as a leader in the transition to a low-carbon economy?

One of the most striking policy moves recently was that the top energy regulator of the National Energy Administration ordered the shutdown of more than 100 coal fired power plants in 11 provinces. That's pretty dramatic as a signal that there's a seriousness from the center to get to grips with local governments that want to boost growth in traditional ways, and that they actually really want to see a further decoupling of growth and energy consumption and, indeed, growth and carbon emissions.

China has committed to investing 360 billion US dollars in renewable energy. How does this compare to other countries, such as the US or Germany?

These are really significant investments. It promises 13 million green jobs for Chinese workers at a time where, by contrast, in the U.S. there are a lot more promises about trying to revitalize traditional and dying sectors like coal and fossil fuels. So clearly there's an ambition to try and offset job losses in some of these traditional industries during the transition by boosting renewable and these new industries in which China wants to take the lead.

As the price of solar and wind power technologies continues to decline, what does this mean for the future of coal in China?

Chinese government analysts see coal falling as a proportion of primary energy to around 50 percent of our energy mix by 2030 compared to about 64 percent today. So it still will provide a chunk of energy production in China. However what it signals probably more notably is that China's really moving into a position of leadership in renewables. And if you look at last, year four of the top five renewable energy deals were made by Chinese companies, five of the top six solar panel companies were Chinese. 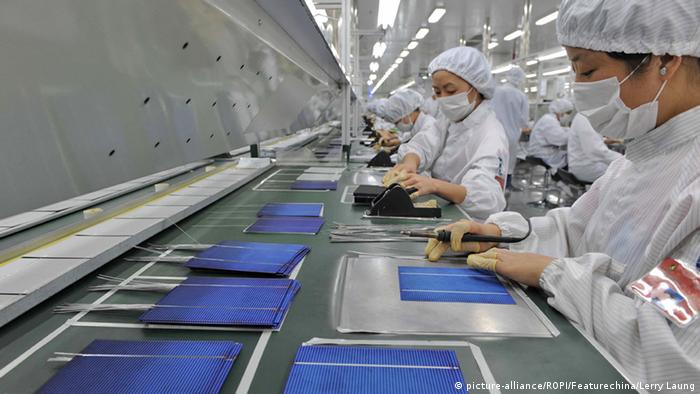 What would a China lead on renewable energy mean for the rest of the world?

I think we'll see the cost of renewable energy continue to fall and we'll see China more more prominent not only as the provider of these products, like solar panels and so on, but also as the manager of new infrastructures. (…) We might actually start to see a future in which China is very prominent in exporting and managing new energy infrastructure. We can see China doing deals in places like Brazil in new electricity transmission, we see companies like China State Grid increasingly involved in the technologies of rural electrification in developing countries. So there's an interesting future in which China probably sees itself as at the forefront of electrification across a lot of different spheres and a lot of different countries.

Does China have the capacity to fill the leadership gap?

I don't think one country alone will be filling the gap in terms of ratcheting up the kinds of ambition that we need to meet goals on climate. So, I wouldn't advise anyone to bank on any one particular country. That said, it's very encouraging that China is willing to step up and to show some leadership on this issue at a time when there's a lot of uncertainty. 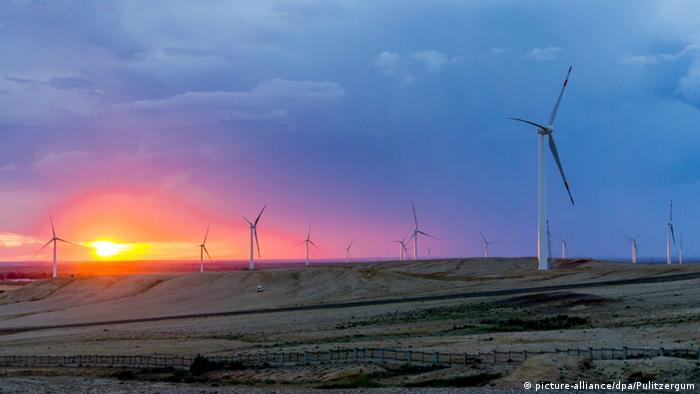 But will the U.S. government stand by and watch China take over that leadership role, or will it force the Trump administration to take action?

I think trying to predict likely outcomes in the Trump administration is near impossible at the moment. There's so much uncertainty, particularly with regard to any kind of stance on UN treaties or on environmental policy. But certainly I think there'll be pressure from U.S. companies and from the U.S. business community to not stand by and let progress in renewables, in other low carbon technologies and so on fall so far behind China. So there will certainly be business leaders lobbying the Trump administration. How Trump makes these decisions I think is deeply uncertain, so I don't know that I could predict what's going to happen.

If renewables are such ‘a bad business move' as Trump has claimed,  why is China embracing them?

China's not had the kind of political culture wars around the idea of climate change as being real or not that the United States has. So it's not a partisan issue in the same kind of way. The economic case actually always has really spurred the idea in China that they should really get out ahead of anywhere else in terms of investing in industries like renewable energy, electric vehicles, in terms of increasing the efficiency of production and reducing carbon intensity and energy intensity of production. There's been a strong alignment between the kind of public interest in mitigating pollution, business interests in terms of expanding international business opportunities, expanding investment in new sectors, and political interests in terms of trying to see China lead on strategic new technological areas. So that case, I think, is easier to make in China than in the United States, where climate change has been bound up with a set of much deeper cultural and social debates around the role of regulation, around the stance one can take on the environment and the political implications of that.

Sam Geal is  the executive editor of China Dialogue and Research Fellow at Chatham House.

This interview was conducted by Charlotta Lomas.