Germany has also called on Turkey to accept the repatriations as part of a 2016 agreement between Ankara and the EU. A recent upswell in illegal crossings has led to rapidly deteriorating conditions in Greek camps. 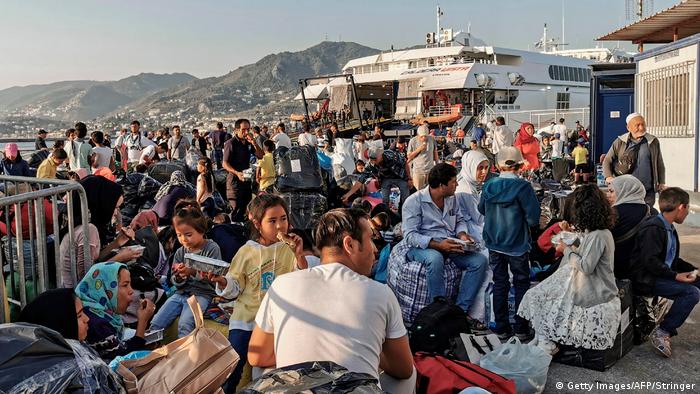 Germany's Interior Ministry on Thursday called for Greece to step up deportations to Turkey, as well as for stronger efforts in stemming the flow of illegal crossings to Greek islands in the first place.

Stephan Mayer, the parliamentary secretary of the Interior Ministry, said, "We urgently need to make progress in small repatriations to Turkey, to improve the deteriorating conditions at certain hot spots on the islands."

Speaking with the Funke Mediengruppe news publisher, Mayer described the situation on the Greek destinations closest to Turkey as "very difficult."

More and more migrants have been crossing to Greece in recent weeks, overwhelming the already strapped local services.

Greece's new conservative Prime Minister Kyriakos Mitsotakis had earlier praised deportation efforts, saying they were improving, however, the EU Commission has said there was still much more work to be done.

Mayer insisted that there be a more "comprehensive implementation" of a 2016 EU-Turkey migration pact meant to keep migrants from taking the often perilous journey to Greece. At least 1,163 people died during the crossing between March 2015 and March 2016.

German Foreign Minister Heiko Maas told DW that he had "spoken with my Turkish counterpart Mevlut Cavusoglu this week and reminded him that the European Union was honoring its parts of the EU-Turkey deal, and we have to assume Turkey is too."

The pact, meant to curtail human trafficking and prevent deaths in the Aegean Sea, included billions of euros in aid to Ankara and the agreement that refugees be immediately returned to Turkey.

Since that deal was struck, only 1,904 people have been deported to Turkey, while 24,348 Syrians who arrived in Europe via Turkey have been settled in EU countries.

The government has said Merkel spoke to Turkish President Recep Tayyip Erdogan about the situation over the phone on Wednesday, following a threat from Erdogan on Saturday that he would reopen the borders to Europe for Syrian refugees.

Greece's prime minister has criticized Ankara for its threat to reopen its borders to refugees. More than 300 people arrived on Greek islands over the weekend, prompting Athens to ask EU nations to share the burden. (09.09.2019)

The Marella Discovery picked up 111 migrants, including 33 children, near Greece's Peloponnese peninsula. Despite a large fall in migrants crossing the Mediterranean, six people die each day making the journey. (21.07.2019)

New reports, disputed by Frontex, place the EU border agency at scenes of brutality against migrants. The border guards of Greece, Bulgaria and Hungary have been found to be especially brutal. (05.08.2019)