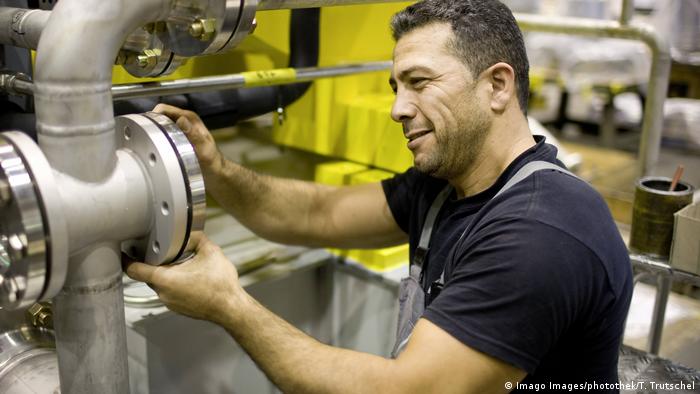 Facing a shortfall of skilled workers, the German government on Monday signed off on a plan to recruit non-EU workers to fill labor gaps, following a summit with business representatives and union officials

A memorandum adopted at the end of the meeting outlines plans to dismantle some of Germany's notorious bureaucracy and make the country more appealing for foreign workers.

German Chancellor Angela Merkel hailed the summit as "a true success," saying that the plans represent a "paradigm shift" in the way Germany has approached recruiting workers from abroad.

"It's not only us who are looking at the world's professionals," she said. "There is great competition in this area."

"We could have more economic growth if we had enough skilled workers," he said.

What jobs are in focus? Germany is most in need of electrical engineers, metal workers and mechatronics engineers, cooks, nurses, aged care workers, computer scientists and software developers. The government has been looking to draw people who qualify from Mexico, the Philippines, Brazil, India and Vietnam, among others.

What is Germany's new immigration law? The plans agreed on Monday are part of Germany's new immigration law, the Skilled Workers Immigration Act, which will come into effect on March 1. It's part of the German government's plan to boost all skilled workers, including helping unemployed people in Germany become qualified for much-needed posts, as well as continuing to recruit skilled workers from fellow EU-member states. The government hopes to fill the remaining gaps with non-EU workers.

US companies losing taste for Germany