US businesses less willing to invest in Germany | Business | Economy and finance news from a German perspective | DW | 02.12.2019

Whatever is behind the recent plunge in foreign investment in Germany, the country needs to work on its infrastructure and digitization strategy to stay strong, according to a new report by KPMG. 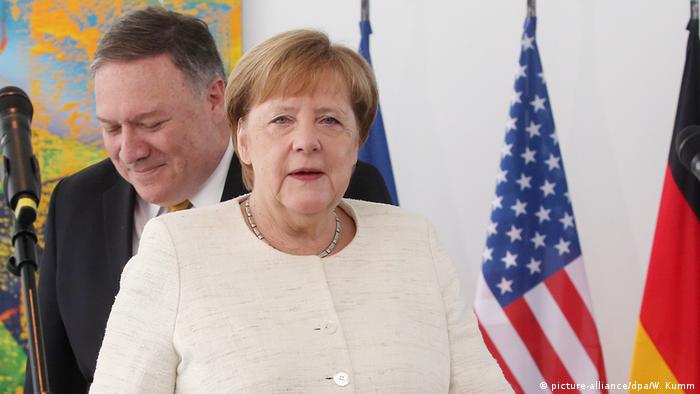 Over the past few years global trade has had a hard time. Sanctions and the continued threat of trade conflicts are having their toll. Even manufacturing wonderland Germany is feeling the pain despite the fact that together with America it currently accounts for around 30% of global GDP and nearly 20% of world trade.

But German growth is slowing, and only last month there were real fears of a recession. Now a new report by KPMG, supported by the Kantar Emnid research institute, brings the situation into focus.

Long partnerships have their ups and downs. On top of that the relationship between Germany and the US is a marriage of unequals. In 2018, American GDP exceeded $21 trillion (€19 trillion), while Germany came in at only $3.8 trillion. The same year Germany exported goods worth $125 billion to the US while only buying $57 billion.

This is the big trade imbalance that Donald Trump keeps trumpeting. It also gives America the upper hand in negotiations, and the threat of tariffs makes German manufacturers quiver. On top of that foreign direct investment in Germany declined by two-thirds in 2018 compared to the previous year.

The report pointed out that only 24% of the companies asked intend to invest €10 million or more in the next three years in Germany. This is a drop from 47% in 2017. Even more dramatically, now 13% say "they did not want to invest in Germany" compared to just 6% two years ago. What accounts for this change?

Not all gloom and doom

Overall US direct investment in Germany has been in decline since 2014 as companies have pulled back investments and focused "more on core business as opposed to expanding existing businesses or making acquisitions," Warren Marine, leader of US practices and capital markets at KPMG, told DW.

Surely the uncertainty of Brexit plays a role. So does the general slowing down of the global economy. But the report points to some very specific German problems like its bureaucracy, high personnel costs and lack of investment in infrastructure.

US companies losing taste for Germany

The study also found that a mere 17% of those asked "feel optimally supported when it comes to backing business establishments and expansions," which means that over 80% do not feel like their businesses are being helped along.

Additionally, 21% think the country is "among the least favorable countries in terms of taxes and levies."

The report highlights still another area where Germany is behind: digitization. The country is still very much a builder of things and not a builder of the internet of things (IoT). Germany is well behind in the number of artificial intelligence companies and even in simply bringing fast internet to all corners of the country.

Not an easy fix

Frank Sportolari, the president of the US Chamber of Commerce in Germany, agrees that more needs to be done. "The signals have been out there for a few years. American companies have been talking about the problems with digital infrastructure, energy costs, bureaucracy, and interestingly one of the positives they always mentioned was political stability — and now we can't even really talk about that anymore."

Yet perhaps Americans' shyness to invest is part of a general trend of looking inward. Nonetheless, many companies see Germany as a strategic location for working in the German-speaking world. And German subsidiaries provide a big part of group revenue for many international firms, a number expected to grow in the next years. A stronger world economy will only add to this.

Putting aside trade differences will put Germany back in focus for investment by foreign companies. Fixing its tax system, supporting foreign businesses, training more skilled workers and building up its portfolio of innovative technologies will keep it on the path of sustained growth and global importance.

"There is certainly work that needs to be done and there is too much at stake to not take these kind of surveys seriously," concluded Sportolari.

People need more than an Internet connection. Have a look at our country results for digital participation

Germany's prosperity has often been pinned on its form of business responsibility known as the "social market economy." It moved with the times and withstood German unification, but can it hold up to today's challenges? (02.10.2019)