German businesses have already been suffering from the negative effects of Brexit, said Holger Bingmann, head of the foreign trade industry group BGA, pointing out losses to German exporters worth €3.5 billion this year. 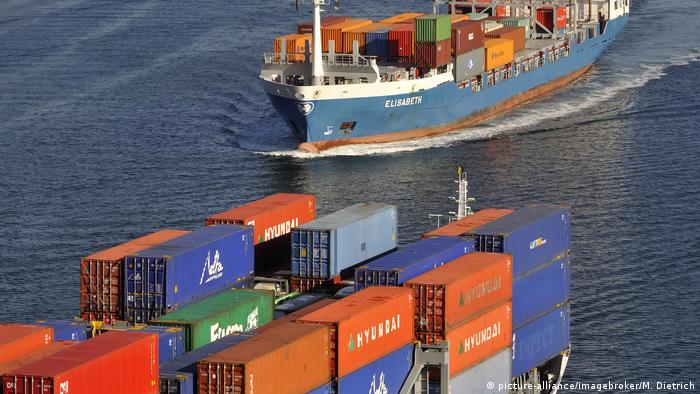 Prospects of an agreement between the EU and the UK that would prevent a chaotic British exit from the bloc appear increasingly dim, as talks between the two sides reach an impasse and European leaders express doubts about striking a deal in time before the October 31 deadline.

As politicians seem unable to reach an acceptable accord, concerns mount in the business world that a disorderly British departure could wreak havoc on firms on both sides of the English Channel, causing job losses and damaging supply chain relationships cultivated over decades.

He warned that a hard Brexit would have "catastrophic consequences" for Germany's exporters, pointing out that they would face "immense additional costs" in terms of customs and the bureaucracy of logistics, transportation, data protection and taxes.

Brexit has cast its shadow on UK-Germany trade for the past couple of years, Bingmann said. The expert noted that in the first half of this year alone, German exporters to the UK incurred losses worth over €3.5 billion ($3.85 billion) on account of Brexit-related negative effects.

The true extent of the damage to bilateral commerce is likely to be "much greater and will only become visible in a few months," he said, as many firms have just replenished their stocks in the UK to prevent disruptions to the supply chain in the coming months.

Businesses and industry groups in both the UK and continental Europe have repeatedly warned about the potential adverse impact of a chaotic Brexit.

The Confederation of British Industry (CBI) said in September that the prospect of a no-deal Brexit is damaging business confidence. According to the lobby group, British firms are diverting billions of pounds from productive investment to preparations for a possible no-deal Brexit.

"Until a deal is agreed, companies will continue to divert billions of pounds from productive investment to no deal preparations, and international investors will continue to question if the UK is a stable, open place to do business," CBI Director General Carolyn Fairbairn said.

"We've spent a lot of money on the issue of Brexit. Instead we should prepare to strengthen Europe," the managing director of the Federation of German Industries (BDI), an influential German business lobby group, told DW in July. "We see we are walking toward a bilateral world in which the US and China are predominant and we should all unite to build a strong Europe. It's a waste of money, it's a waste of time. Instead we should combine our forces."

Johnson has so far struck a defiant tone, saying the UK will leave the EU as planned on October 31, irrespective of whether Brussels accepts London's latest proposals for a deal.

The British premier told French President Emmanuel Macron by phone that the EU shouldn't be "lured into the mistaken belief that the UK will stay in the EU after October 31," his office said.

"We will be packing our bags and walking out," Johnson wrote in an op-ed published by Britain's Sun newspaper on Sunday. "The only question is whether Brussels cheerily waves us off with a mutually agreeable deal, or whether we will be forced to head off on our own."

Germany's export-reliant manufacturers, meanwhile, are suffering not just from the UK's planned departure from the EU. They're also facing increased headwinds from a slowing global economy and growing business uncertainty over trade and tariff disagreements between the US and China.

Official statistics released on Monday showed that factory orders in Europe's biggest economy slumped more than forecast in August. Industrial orders fell by 0.6% month-on-month, the Economy Ministry said, after a hefty 2.1% drop in July. Analysts had expected a 0.3% fall in August.

The figures come after the German economy shrank by 0.1% in the second quarter. Experts believe data will show an additional slowdown between July and September.

Leading economic institutes have recently slashed their growth forecasts for the economy for this year and next. But the labor market has so far appeared to be robust, with record-high employment in the country.

Even though calls for increased government spending to boost growth are growing louder, Chancellor Angela Merkel's government has so far stuck to its balanced budget policy.

London is likely to ask for another extension of the Brexit deadline despite its harsh stance, Finnish PM Antti Rinne said. But UK PM Boris Johnson stresses, "We will be packing our bags and walking out on October 31." (06.10.2019)

Opinion: Who can save the UK from political meltdown?

It's hard not to feel a sense of doom descending over the UK. Political decorum and dignity have been replaced by bullying and threats. How low can the country sink, asks Rob Mudge. (26.09.2019)