Boris Johnson has sent his altered Brexit plan to EU officials, publishing a four-page accompanying letter to Commission President Jean-Claude Juncker. That letter was headed: "A fair and reasonable compromise." 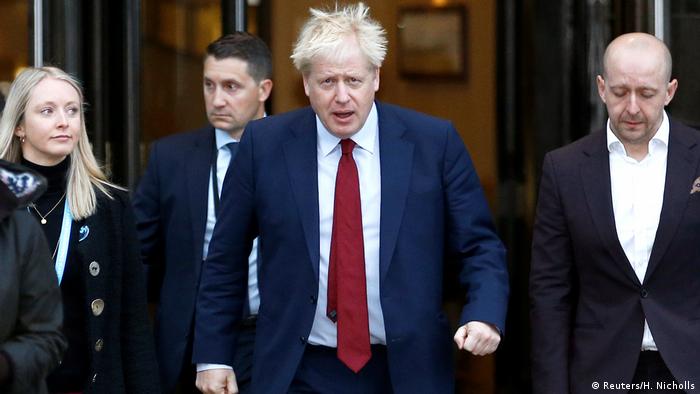 British Prime Minister Boris Johnson sent European Commission President Jean-Claude Juncker a four-page letter on Wednesday offering what he described as a "fair and reasonable" compromise to get Brexit over the line before the October 31 deadline.

The proposal said it would be a "failure of statecraft for which we would all be responsible" if the two sides failed to reach an agreement. He added that "both sides now need to consider whether there is sufficient willingness to compromise" to get a "rapid" deal done in time.

According to a UK official, Johnson subsequently spoke with European leaders, including Germany's Angela Merkel and Ireland's Leo Varadkar, in addition to the EU's Juncker.

Later on Wednesday, 10 Downing Street also announced plans to prorogue Parliament from Tuesday, October 8 until the following Monday. This follows the recent Supreme Court decision nullifying the government's bid to shutter parliament for 5 weeks. The end date for the prorogation, October 14, just before the decisive EU leaders' summit, is the same as the previous attempt to shut the chamber.

No backstop, but also few details, for Northern Ireland

The core suggestion in the letter to Brussels was the abolition of the backstop for Northern Ireland — an insurance policy designed to ensure there is no return to customs posts or other infrastructure on the UK border in Ireland.

Instead, the government suggested "the potential creation of an all-island regulatory zone on the island of Ireland, covering all goods including agrifoods." The letter offered few details on how or whether this could be achieved and said it should depend on consent from the Republic of Ireland and Northern Ireland. Northern Ireland's Assembly at Stormont has not been in session since January 2017.

"This zone would eliminate all regulatory checks for trade in goods," Johnson wrote.

Johnson's letter said that most paperwork could be "conducted electronically as goods move between the two countries," but also accepted the need for "a very small number of physical checks" at traders' premises or other points on the supply chain.

German Chancellor Angela Merkel said it was too early to comment on the likelihood of a deal being struck but stressed the importance of the 27 remaining EU member states sticking together.

Merkel said at a news conference in Berlin alongside visiting Dutch Prime Minister Mark Rutte: "We will look carefully at the proposals. I can't say anything about them yet today."

She added: "For us, it is very important that we as 27 stick together. We trust in [EU negotiator] Michel Barnier, and we will discuss it further." 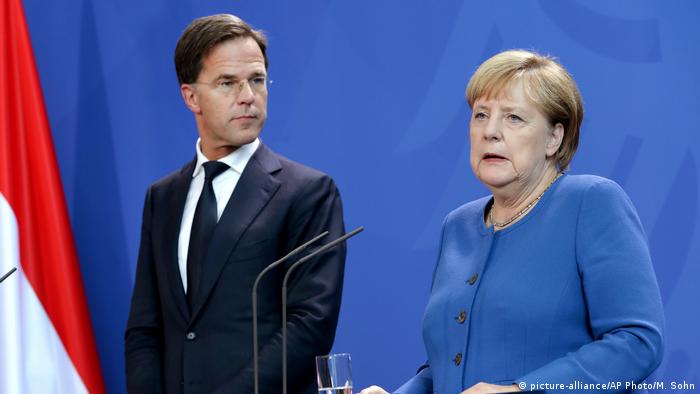 The Northern Irish party that props up the Conservative British government lent its support for Johnson's fresh Brexit offer, saying it would ensure the province leaves both the EU customs union and single market.

The Democratic Unionist Party (DUP) hailed the idea of scrapping what it described as the "anti-democratic...backstop" clause of the previous agreement, negotiated by former PM Theresa May, which would have left Northern Ireland in line with both the customs union and single market rules.

"This offer provides a basis for the EU to continue in a serious and sustained engagement with the UK Government without risk to the internal market of the United Kingdom," the DUP said in a statement.

"These proposals would ensure that Northern Ireland would be out of the EU Customs Union and the Single Market as with the rest of the United Kingdom," it added.

"Based on what is now known, I assume that there will be a 'no,'" the Left party politician said.

Schirdewan is a member of the European Parliament's Brexit Steering Group, the body which has been entrusted by the EU legislature to coordinate and shape its stance on Britain's EU departure.

British opposition leader, Jeremy Corbyn, offered a similar view, saying he could not envisage the proposals getting support from other EU member states.

Corbyn also said the plan was unspecific about how the Good Friday peace deal would be protected.

Fact check: As Brexit looms, how dependent is Ireland on British trade?

The border has dominated Irish thoughts on Brexit. Amid the political tensions, several English voices have called for Ireland's dependence on UK trade to be used as leverage in negotiations. Are they right? (04.02.2019)

The UK prime minister has turned up the Brexit rhetoric as his ruling Conservative Party meets in Manchester. But the annual conference risks being disrupted by a no-confidence vote in his government. (29.09.2019)