Europe is not without blame for the global economic slowdown, with Brexit adding to uncertainty worldwide, German Chancellor Angela Merkel said. She had met with leaders of international financial institutions in Berlin. 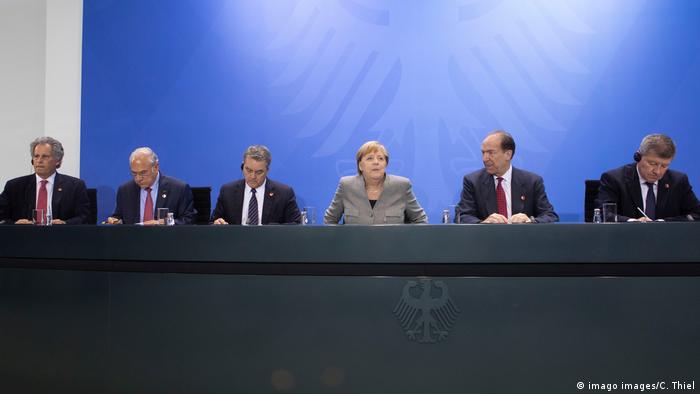 German Chancellor Angela Merkel implicated Brexit as one of the causes of a worsening global economy, speaking after a meeting with leaders of multilateral financial institutions in Berlin on Tuesday.

She declined to lay the blame for the world's slowing economy soley on the US-China trade war, saying Europe had "nothing to be smug about."

"We've been negotiating an orderly British exit for three years. And that brings us great uncertainty when you consider that that exit should happen on October 31. And people still don't know how supply chains will look" said Merkel. 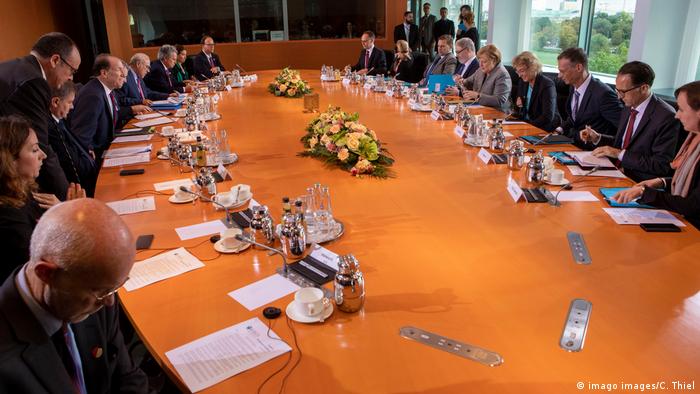 The WTO forecast on Tuesday that global trade is expected to slow to its slowest pace since the Great Recession which began in 2008, largely because of the ongoing trade dispute between the US under President Donald Trump, and China.

The WTO said it expects volumes of traded goods to rise 1.2% in 2019, well below the 2.6% estimate it issued in April and the weakest growth rate for world trade since 2009.

World economic growth is also forecast to drop from 3% to 2.7%.

"The darkening outlook for trade is discouraging but not unexpected," said WTO chief Roberto Azevedo in response.

Germany's economy is heading toward recession, and Merkel on Tuesday also  noted that this would have some effect on the job market.

The German government reported that unemployment dropped  from 5.1% in August to 4.9% according to figures announced on Monday.

Read more:  Opinion: Are the good years over for German firms?

The nation's economy contracted by 0.1% in this year's second quarter and experts believe data will show an additional slowdown between July and September.

Interest rate cuts and bond-buying programs to boost Europe's flagging economy "overshot the mark," according to Jens Weidmann. And he wasn't the only central banker to criticise Mario Draghi's monetary policy plans. (13.09.2019)