Struggle in store for economy as People′s Republic of China turns 70 | Business | Economy and finance news from a German perspective | DW | 30.09.2019

Despite significant achievements, China's ruling Communist Party faces a slowing economy and a damaging trade war with the United States. DW business writer Clifford Coonan looks at the challenges ahead. 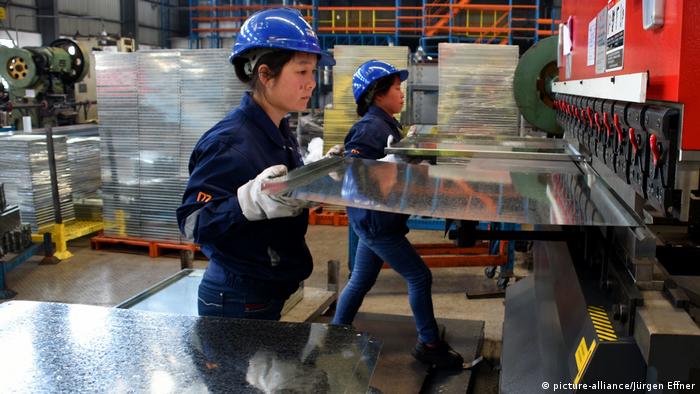 As he looks down from the rostrum of the Forbidden City in Beijing at the military parade to mark the 70th birthday of the People's Republic of China, President Xi Jinping can consider the achievements and struggles of those seven tumultuous decades.

In economic terms, China is a sprightly septuagenarian, but going forward it faces serious challenges. After decades of breakneck growth, the Chinese economy is slowing.

The trade conflict with the United States is blighting the medium-term economic outlook, and political unrest in Hong Kong is weighing on sentiment.

Investors are worried Xi is trying to introduce too much state control of the economy, bringing everything completely under the Communist Party. Despite assurances to the contrary, he is proving wary of free market reform.

"The economy is slowing naturally from high rates of growth, as well as being under stress from deleveraging to reduce debt and the US-China trade dispute," Lowy Institute senior fellow Richard McGregor told DW.

"All of those factors will in all likelihood not go away, and be compounded by the coming demographic crunch. They are also fighting more fires in the financial system — China has its first bank closure in two decades in July and two other bailouts," he added.

"In the past, the Chinese have proved themselves to be adept crisis managers and they have lots of levers to pull, but the expectations of the population for strong growth will be difficult to manage when it doesn't materialize,” said McGregor, author of "Xi Jinping - The Backlash."

Nature of the struggle

As Xi takes his place on the podium alongside the other men of the politburo standing committee — no woman has ever been a member of the ruling elite in the Party's 98 years — he is clearly aware of the challenges ahead.

"Struggle" is a revolutionary term, and Xi used it no less than 50 times in a speech in September at a school for cadres. The Communist Party relishes a good struggle.

In 1949, China had been ravaged by 18 years of fighting — first against Japanese occupation, followed by a bloody civil war between the Communists and the KMT.

There followed decades of strong growth interspersed with sharp reversals such as Mao Zedong's disastrous Great Leap Forward, a forced program of collectivization that led to the starvation of millions.

After the death of Mao, Deng Xiaoping came to power. The Communists relaxed their grip on some areas, and the economy was transformed. Over the following four decades, hundreds of millions of rural dwellers poured into booming coastal cities to power the "factory of the world."

The current struggle is perhaps less of a fundamental threat but no less of a challenge.

Industrial output plunged to a 17-year low in August, and residential property prices have also suffered as consumer debt increases.

China's retail sector has long been in decline. New-vehicle sales have fallen for 14 straight months through August. The downturn has been steady and dealerships are feeling the pain — nearly half have been sold and several hundred have gone out of business. 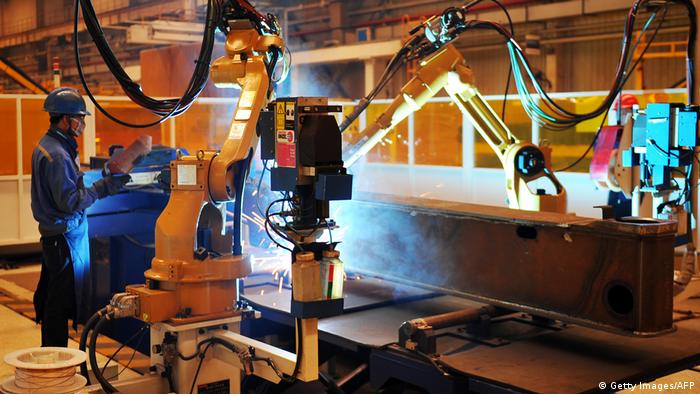 The longer the trade dispute between the US and China lasts, the more the impact will be felt in the Asian nation

How China deals with Donald Trump's trade war will be key.

The Asian Development Bank expects China's gross domestic product to grow by 6.2% this year, down from 6.6% last year, and slow further to 6.0% in 2020. A big reason for the slowdown, not just in China but across most of Asia, has been the ongoing trade conflict between the US and China.

The broad consensus among analysts is the tariff dispute will hurt the Chinese economy more than the American because China is relatively more trade-dependent.

Vice-Premier Liu He will resume trade talks in Washington soon, and there is much discussion about the possibility of an early deal. But given that many of China's economic issues predate the trade war, this sort of short-term deal may leave analysts to measure their expectations as to its impact on the economy.

Andrew Polk, co-founder of economic consultancy Trivium China, believes that so far, US tariffs on China have had little macroimpact on the Chinese economy.

"Specific companies, industries, and geographies have been disproportionately affected, but in aggregate the effects have been minimal," Polk said during testimony to the US-China Economic and Security Review Commission.

However, the longer the trade war drags on, negative impacts through trade, sentiment, investment, and technological channels were likely to weigh on China's medium-term growth prospects, he said.

The Party is also overseeing the implementation of the "social credit system," which relies on the generation of information for tools that are used to monitor and shape the behavior of individuals, companies, and entities — such as creditworthiness determinations, blacklists, and credit record websites.

"Social credit regulations are already being used to force businesses to change their language to accommodate the political demands of the Chinese Communist Party (CCP). Analysis of the system is often focused on a 'credit record' or a domestic ranking system for individuals; however, the system is much more complicated and expansive than that," Samantha Hoffman at the Australian Strategic Policy Institute told DW.

Jörg Wuttke, president of the European Union Chamber of Commerce in China, describes the social credit system as "the most concerted attempt by any government to impose a self-regulating marketplace, and it could spell life or death for individual companies."

Wuttke also complains that Chinese state-owned enterprises (SOEs) receive preferential treatment from the government compared with foreign competition in areas such as procurement and financing.

These giant firms — some of the most inefficient are known as "zombie firms" — eat up all the investment from the private sector and freeze out foreign competition.

"Rather than cutting SOEs down to a manageable size, determining the industries that would be most appropriate for them to be operated in and privatizing the rest, the goal has been to make them stronger, better and bigger,” Wuttke said.

The "stronger, better and bigger" phrase comes from Xi Jinping himself as he looks forward to the struggle.