China's economic woes are hurting its regional neighbors from Seoul to Singapore and Donald Trump's trade war is only partly to blame. Even North Korea's economy has seen the worst contraction in decades. 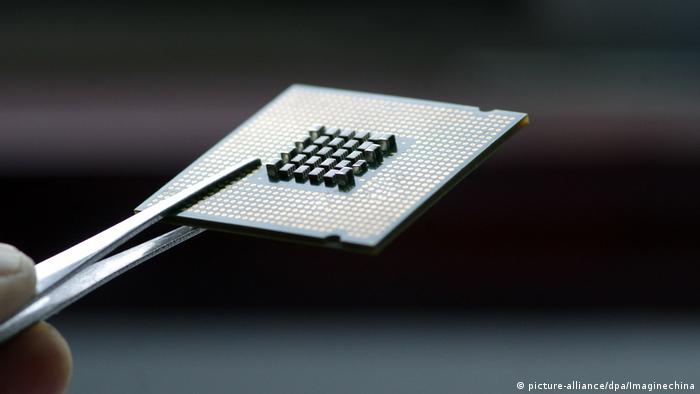 They used to say that when the United States sneezes, the rest of the world catches a cold. These days, you can apply this economic metaphor equally to China, whose global influence is being felt like never before.

In Asia, the impact is multiplied. Many Asian economies prioritized strong trade links with China long before the 2008/9 financial crisis took hold. So amid the Great Recession, as Beijing unleashed a RMB 4 trillion ($586 billion, €526 billion) super stimulus program for the Chinese economy, its positive effects rippled across the region and exports to China soared.

"Today, many Asian economies are now more reliant on China than any other country, including the US," Jayant Menon, a lead economist at the Asian Development Bank, told DW.

He noted that China was the biggest trading partner for the Association of Southeast Asian Nations (ASEAN) economic bloc, with trade amounting to $591 billion last year.

At the same time, the region has become increasingly vulnerable to any economic slowdown in the Asian powerhouse.

China's gross domestic product (GDP) has now fallen for two years in a row, to 6.6% last year. The economy slowed even further in the second quarter of 2019 to 6.2% — the most sluggish growth rate in nearly three decades. Some economists predict even more weak growth in the second half. This slowdown has spurred a similar ripple effect across Asia.

"Growth in Asia, excluding China, has slowed quite sharply over the past year," said Gareth Leather, Asia economist at the London-based Capital Economics. "The region is now growing at its weakest pace since the financial crisis." 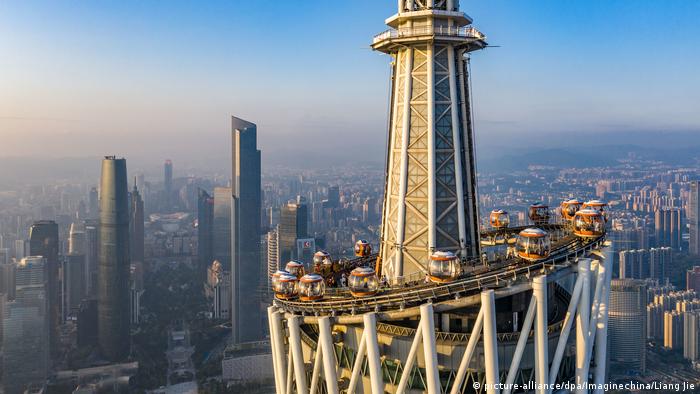 Indonesia, for example, saw exports to China, its biggest trading partner, drop 11% in 2018. Singapore's exports to China fell for the fourth month in a row in June. South Korea and Japan, too, have reported similar drops in trade with Beijing this year, compared to last.

According to Bloomberg, even North Korea is likely facing its worst downturn since a 1990s famine, after trade with China fell by half in 2018. Beijing has upheld international sanctions that banned imports of seafood, iron and iron ore.

Having grown wealthy from massive exports of electronics, petroleum products, palm oil, iron and copper ore to China, many Asian countries can now expect to be walloped if Chinese growth continues to stall, as many economists expect.

"If you're a big commodity exporter, you're very vulnerable," Leather told DW.

India, on the other hand, which doesn't rely so much on exports to China, could benefit from its rival Asian power's slowdown and the US-China trade war.

Media attention has focused on Trump's aggressive trade policy that has seen both sides levy billions in tariffs on each other's goods. However, China's economy was slowing long before US President Donald Trump accused Beijing of unfair trade practices and the theft of American intellectual property.

Years of excessive lending to spur the building of ultramodern Chinese cities, which kept thousands of loss-making state-run enterprises solvent, had to end at some point.

Part of the contraction is also down to efforts to stamp out rampant corruption, China's leaders say, along with changes in consumption habits among the nearly 1.4 billion population.

While the US-China trade war has undermined business confidence, prompting companies to delay investment, its effects are yet to be fully felt. Some Asian manufacturing hubs are even benefiting from the shift in production from China to elsewhere in the region, to avoid US tariffs.

As Beijing is unlikely to unleash the same kind of super-stimulus measures used in 2009 and 2015, and China's slowdown could well be prolonged, the rest of Asia may have to look elsewhere for growth. 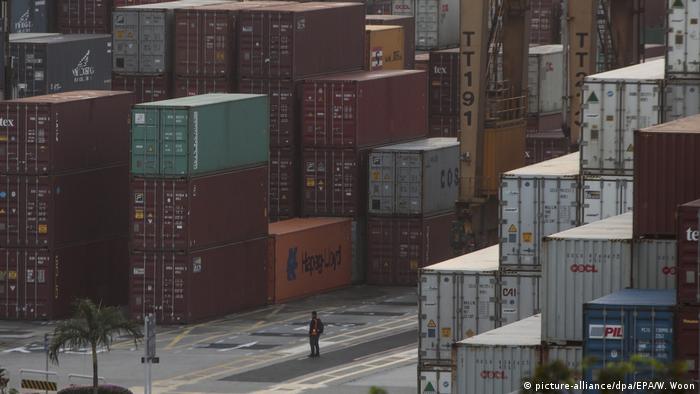 Some economists think China's leaders will do more to boost consumption and restore business confidence. But unlike previous incentives, which sought to spur growth at any cost, Yeung said the government's latest stimulus measures are more targeted.

Their objective is "to aid sentiment around infrastructure investment while encouraging businesses to re-invest by offering tax cuts."

Capital Economics' Asia economist Leather also believes that Beijing is unlikely to be as "gung ho" as during previous periods of economic expansion. He said the enormous stimulus measures had aggravated problems in the financial sector.

"So now they're being very cautious about the amount that they're putting into the economy."

Leather also pointed to a third reason why some many Asian economies are slowing. Many of the region's electronics companies, including chipmakers, mismanaged their inventory cycles, he explained.

Despite a huge surge in electronics exports,"the expected increase in demand just wasn't there last year, so they have been left with this big stock of unsold inventories."

A big clue to the scale of the problem came when Apple and Samsung recently reported dismal quarterly results. The iPhone-maker saw a 17% fall in handset sales in the first quarter, while Samsung noted a weakness in its display and memory business.

Speaking at a banquet in his honor, Chinese President Xi Jinping wrapped up his visit to North Korea by praising economic development. However, he also issued a warning over efforts to denuclearize the peninsula. (21.06.2019)