After a Chinese ban, a rise in plastic trash exports to Malaysia, Vietnam, Thailand, Indonesia and Philippines causes a political stink. 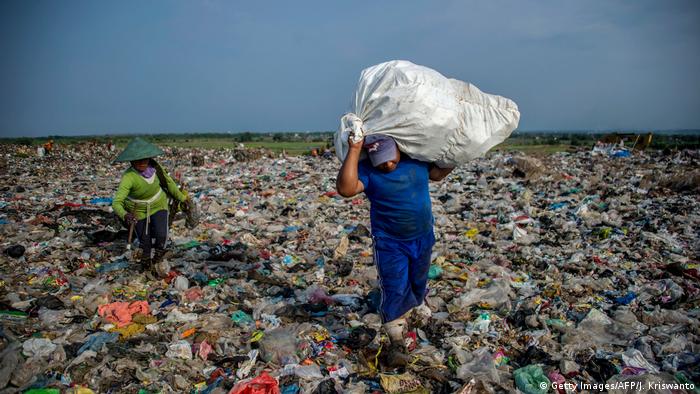 Water and oil have driven countries to war — but waste, so far, has not. That came close to changing this year.

"We will declare war against [Canada]," said Philippines President Rodrigo Duterte in April, telling a news conference he would ship back trash that had been festering for years in Filipino ports.

"I will advise Canada: your garbage is on the way. Prepare a grand reception. Eat it if you want to."

The Philippines sent 69 containers of waste back to Canada at the end of June, after a five-year spat that symbolizes rising anger in Southeast Asia about imports of dirty waste. The shipment arrived weeks after Indonesia and Malaysia sent waste they say was contaminated back to Europe and the US. In all three cases, the country returning the trash said it had been labelled as recyclable — despite containing other rubbish such as used diapers and household waste.

"We will not be bullied by developed countries," Malaysian environment minister Yeo Bee Yin told reporters in April. "We will fight back." 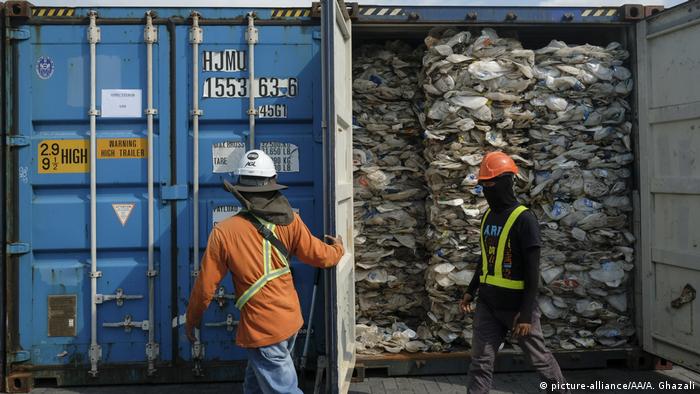 Malaysia is sending back thousands of tonnes of contaminated plastic waste

When China stopped importing plastic waste for recycling at the beginning of 2018, several countries in Southeast Asia, as well as Turkey and India, moved to fill the gap. But without China, the industry, whose worth the Bureau of International Recycling estimates at €177 billion ($200 billion), has been overwhelmed.

Many countries don't have enough plants to process the hundreds of thousands of metric tons of recyclable waste they receive. This, together with lax international rules around trading waste, and weak enforcement in some countries, has turned Southeast Asia into a "dumping ground" for Western waste, NGOs say. Some plastic exports destined for recycling make their way into rivers, oceans and landfill sites, or are burned in open fires that release toxic fumes.

Now, some countries are pushing back. 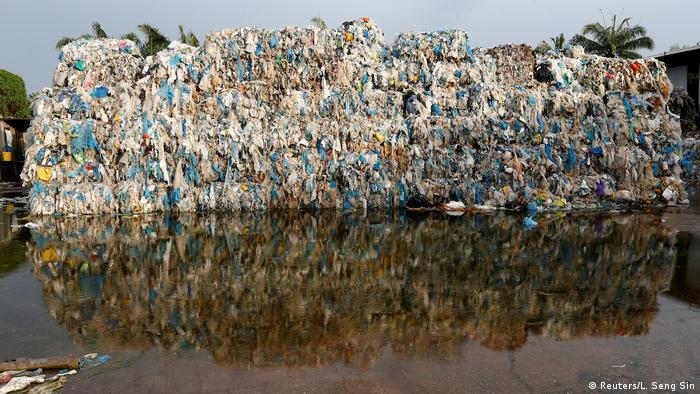 Illegal plastic recycling factories have sprung up in southeast Asia

Thailand will ban foreign plastic waste by 2021, with Vietnam to follow suit by 2025. Malaysia, which took the largest share of such trash after China's import ban, has cracked down on illegal plants burning plastic without a permit.

"We welcome efforts by countries to announce import bans," said Heng Kiah Chun, a campaigner at Greenpeace Malaysia. "But if one country announces an import ban, the exporters will still look for an alternative — if you want to solve the problem, you have to cut it at the source."

In 1950, the world made about two million metric tons of plastic, a review in 2017 found. By 2015, that had risen to 380 million, with just 20% of the plastic discarded that year being recycled. The rest was either burnt or thrown away.

Richer countries often store thrown-away plastic in secure landfills, which reduces the risk of it leaking into waterways. But many low- and middle-income nations lack even this. Some countries across Asia and sub-Saharan Africa fail to properly manage 80% or more of their plastic garbage, the researchers found, leaving rivers and oceans at risk of pollution and endangering wildlife.

Environmental campaigners have demanded a global ban on plastics that are used once and then thrown away. They have also called on companies to redesign packaging and take on costs of recycling.

Diverting waste exports — instead of reducing it or recycling it at home — runs the risk for businesses of having "a branded bottle floating past a dead sea turtle," said Will Nichols, head of environment at risk analyst Verisk Maplecroft.

"The other options these countries have is investing in waste processing and recycling domestically." 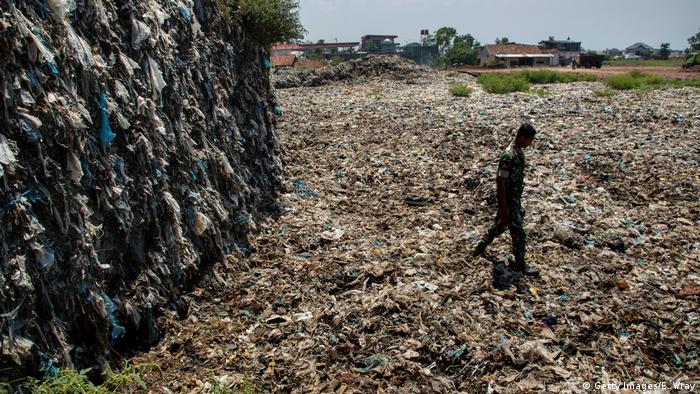 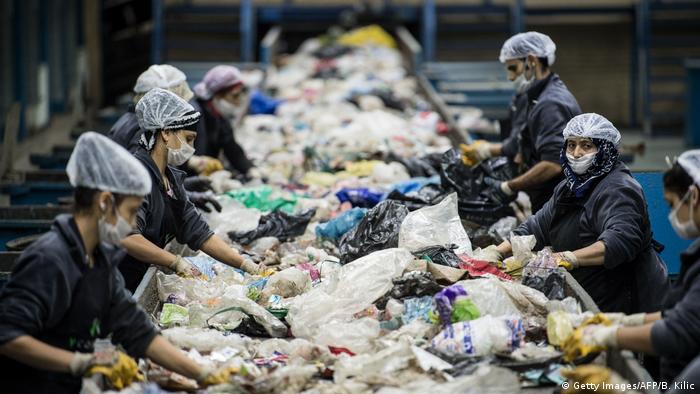 A report published by Greenpeace in April found that global plastic exports dropped by about half between 2016 and 2018, when China introduced its import ban, leaving former exporters with a surplus of waste.

"The Chinese regulations are painful in the short-term but helpful in the long-term," said Arnaud Brunet, director general of the Bureau of International Recycling. "It's painful because it's very disruptive and everything we see happening today is a consequence of the Chinese regulation changes: The market is very disrupted, it affects the prices, it affects certain countries overwhelmed by quantities."

"But in the longer term it forces the recycling industry and the exporting countries to invest [in infrastructure]... and reach a higher quality of recycling," he said.

A tightening of laws may make that more likely. 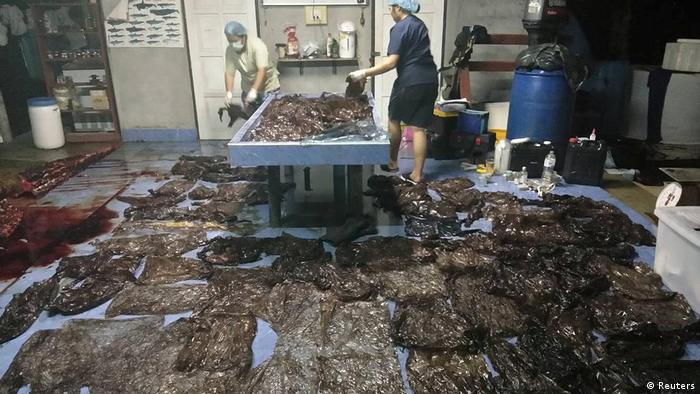 In May, 180 countries amended the Basel Convention regulating the global waste trade, forcing companies to get permission from the countries they are exporting to before shipping plastic waste that can't be recycled. The US, the world's biggest plastic exporter, did not sign the amendment.

A spokeswoman for the Canadian environment department told DW via email that the amendments to the Basel Convention, which take effect in 2021, will help the environment by limiting exports of non-recyclable plastic waste to countries that can't manage them properly. A 2016 amendment to Canadian regulations means a permit would now be needed to make a shipment like the one that was returned from the Philippines at the end of June.

Just because the plastic lands in the recycling bin doesn't mean it will find a new life in another product. While some is recycled and some is burnt for energy, much of Germany's plastic trash lands in Southeast Asia. (23.01.2019)

Canada has announced that it will ban single-use plastic products such as straws and bags starting in 2021. The government said that plastic manufacturers would be held responsible for processing the waste. (10.06.2019)

New Delhi has imposed a federal ban on some single-use plastics in a country that generates around 4 million tons of the material every year. Offenders can net hefty fines or a five-year jail sentence.