Our oceans have become one massive rubbish dump. The waste, whether the size of a bus or a microorganism, is dangerous - and not only for marine life. But people are working to clear it up. 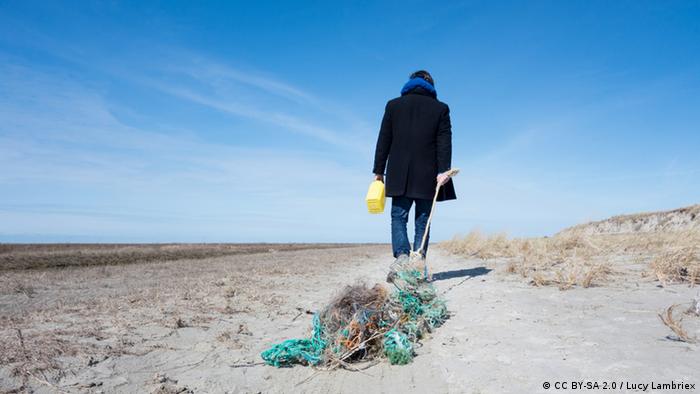 No matter how we tell the story of the trash in our oceans, it seems to always result in the same sorry tale. Let's try this one, which began back in 1987 when little Mary was a mere eight years old and on holiday with her parents in Florida.

One day, hoping to catch sight of sharks, swordfish or big jellyfish, they decided to take a boat trip. While out at sea and leaning over the boat's railing, Mary's plastic bracelet - admittedly it was a little too big - slipped off her wrist and fell into the water. It floated on the surface for a while before being carried away by the waves.

This could just as easily have been any other plastic object - a torn fishing net perhaps, or a lost life saver, a plastic bag, or some other form of packaging. It is all there in our seas, often transported by wastewater, and is - scientists say - the result of poor waste management. 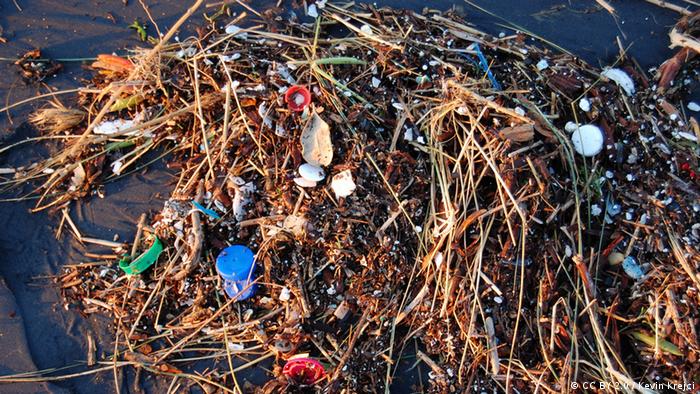 But regardless of how plastic ends up in the sea, once it is there, it all faces the same fate. Over the course of time, it will be broken down into ever-smaller pieces by ultraviolet light and waves - but it will never truly disappear.

Twenty-three years after Mary's bracelet fell into the water in Florida, it might no longer be recognizable as such, but yet it remains. And the smaller its particles become, the more likely it is that they will be ingested by marine animals - not just fish, but even plankton. Which puts it in the gut of the food chain, and possibly even on Mary's plate.

It is equally possible that Lucy Gilliam has traveled the same seas as the remains of the bracelet. The environmental scientist from the English city of Bristol is the founder of eXXpedition, an all-female research project that dispatched a team of women to "make the unseen seen," as they say. Setting off last year, they made a film about their travels.

Among the "unseen" are tiny plastic particles that find their way into the food chain, Gilliam explains. "Small fragments of plastic are lipophilic - with a large surface area - and are good at mopping up industrial chemicals."

And those are the fragments that are consumed by plankton. She says we shouldn't think in terms of "physical islands of debris" in the ocean - although there are five sprawling garbage patches in the oceans - but more in terms of a "plastic soup made up of fragmented pieces."

Not all plastic waste is ground down completely. Some simply washes ashore. Such was the fate of two plastic water bottles that also feature in our story, and were ultimately picked up by rubbish collectors on a Cambodian beach.

The bottles came from a freighter, which we are going to call Marco Polo. It is March 25, 2014, and the giant vessel is sailing away from East Asia. The night is refreshingly cool, and two men are standing at the railings on the starboard side of the ship. They are in high spirits, the sea is calm and it looks like they are in for a smooth voyage. Behind them, containers the size of buses are stacked high into the night sky. 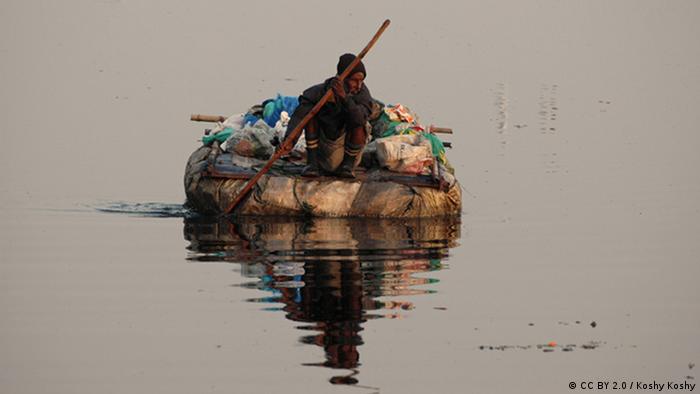 In some areas, trash collectors are the only ones to take action against the growing mountains of waste in the water. Plastics for Change is pushing for better working conditions

Both men drink the remains of the water in their bottles. When they screw the lids back on, they decide that whoever throws theirs farthest has to buy the other a drink at the next harbor. They cast them into the sea. Later, while the winner sups at his promised beer, currents carry the bottles to the Gulf of Thailand, and eventually they wash up on the coast of Cambodia.

Canadian Andrew Almack describes Cambodia as very poor, with a huge trash problem. His organization Plastics For Change is trying to tackle both issues. "Municipalities in this region struggle to manage basic necessities, let alone implement proper waste management systems", he said. "I realized we had to engage the brands that supply the plastic in these communities to contribute toward a solution."

He is calling for organizations that use plastics to show greater social responsibility by using plastic that is recycled by his organization. In so doing, this starts a new cycle. Equally, he adds, trash collectors should be properly paid for the plastic they pick up. That would ensure them a livelihood while simultaneously reducing pollution in Cambodia.

"Some 3.5 billion people, or half the world's population, are without access to crucial waste management services," he continued. "In these regions, informal waste pickers are often the last line of defense in the fight against plastic pollution."

Some 15,000 kilometers from where Plastics for Change is active, scientists are taking a collective approach to finding and removing plastic waste from the sea. In the US state of Georgia, a team from the National Oceanic and Atmospheric Administration (NOAA) and the Southeast Atlantic Marine Debris Initiative are working on drawing attention to ocean pollution through technology.

Their Marine Debris Tracker is designed to make it possible to collect standardized data about plastic pollution. An app calls on people to get involved, and rewards the most active among them by naming "top trackers." Users can note where they found which trash. Most of it, says environmental technician and the app's developer Jenna Jambeck, is found on beaches. 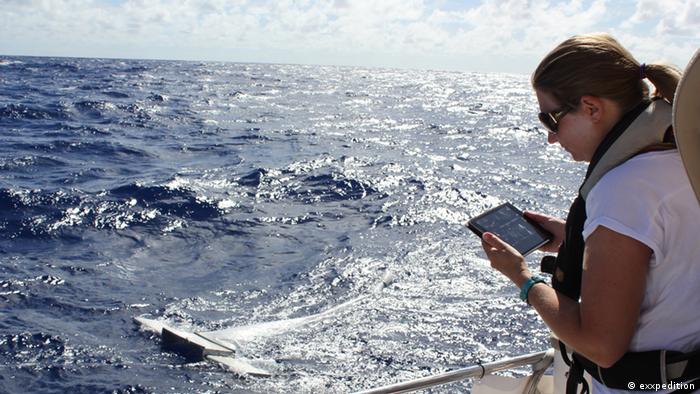 Eight million tons of plastic land in the sea every year. The Marine Debris Tracker can help to locate it

"The idea for MDT was born out of the desire to make it easy and efficient for individuals and groups to report when they see and pick up litter or marine debris," she said. "The monitoring of litter and debris is challenging on the global scale because of disconnected local organizations and the use of paper and pen for documentation."

Using the tech, Jambeck and colleagues worked out that millions of tons of plastic found their way into the sea in 2010. They published their figures early 2015 in Science Magazine. The developer says that if we continue at the same rate, and don't improve waste management, that number will have risen to 17 million tons by 2025. This is a scenario that has moved people from Ecuador, the Galapagos Islands, North America, Europe and Asia to use the app.

A perfect end to this story would be to see Mary, who would now be 36 years old, downloading the app and joining those who are doing their bit. Who knows, she might even find a bracelet.

Global Ideas seeks to showcase those people who are working actively in environmental protection and the fight against climate change. That is why we founded #doingyourbit, a platform where you can tell your stories. Inspire others to take action, or just come and be inspired. It doesn't matter how small your project, every little bit counts.

Plastic Is Killing our Oceans – It's a Fish Thing

The Issues, Facts, and Possible Solutions

Which documents do I need for the online application?