Circular economy: What goes around comes around | Business | Economy and finance news from a German perspective | DW | 24.05.2019

Circular economy: What goes around comes around

Traditional economics has faced troubling questions since the 2008 financial crash, though its "linear" version remains dominant. Now some believe that circular economics could, and perhaps should, set us on a new track. 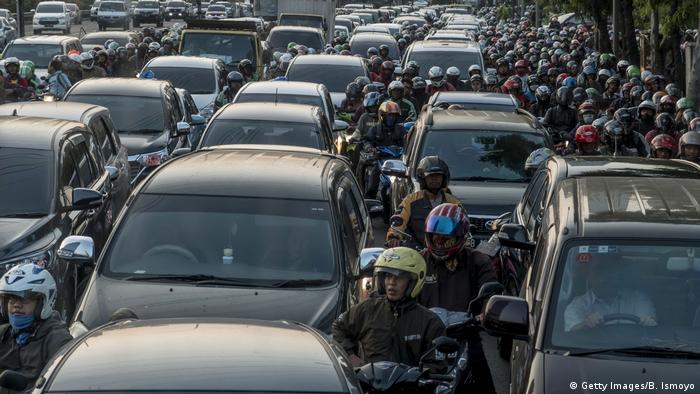 BNP Paribas Asset Management this week launched Europe's first exchange-traded fund offering exposure to what is called the circular economy. Robert-Alexandre Pujade, ESG analyst at BNPP AM, said the fund, listed on Euronext Paris, "is in direct opposition to the 'linear economy,' which extracts, produces, consumes and disposes of materials."

"Awareness of the environmental impacts of their business models, regulatory changes in the preservation of resources push companies to adopt alternative development strategies towards a more virtuous model," Pujade said.

An ETF is a basket of securities that tracks an underlying index, in this case the ECPI Circular Economy Leaders Equity index, with the ETF offering investors exposure to 50 international large-cap stocks that take part in a business model based on the circularity of goods, materials and commodities.

What is the circular economy?

Circular economy business models fall in two broad groups: those that propose reusing and extending service life through repair, remanufacture, upgrades and retrofits and those that turn old goods into as-new resources by recycling materials.

“It means and heavily depends on giving up GDP as the only measure of economic progress," Adam Czyzewski, chief economist at Polish oil company PKN ORLEN, says.

For companies, the circular economy means a new business model, where you don’t earn on the sale of material goods designed for a short life, goods which you use and dispose of, Czyzewski says.

The source of cash for companies, he adds, will be services provided for customers, connected with maintenance and upgrading purchased products. The model is called PaaS (Product as a Service).

This is a market that is predicted to generate 1% to 4% growth over the next 10 years. "And that is quite an achievement in today's low-growth environment," says Gerben Hieminga, senior economist at ING.

But while there has been much talk of what the circular economy is and how businesses can adapt to it, one area that has not been fully explored is how it will be financed.

"Directing more assets and capital to sustainable businesses creates a healthy portfolio for the banks and helps them to facilitate the transformation to a low carbon economy," says Leonie Schreve, global head of Sustainable Lending at ING. "As a result, sustainability now is a business opportunity for the financial industry."

She points to technological developments such as energy storage, advanced materials and the internet of things will help to make the circular economy a reality.

At the end of 2018, the Ellen MacArthur Foundation, an advocacy organization for the circular economy, announced the New Plastics Economy Global Commitment, which brought together over 250 businesses, governments, NGOs and academic organizations pledging to eliminate unnecessary plastic packaging and create new packaging to be 100% reusable, recyclable or compostable.

"A growing number of companies, including some of the world's largest corporations such as Apple, Walmart, P&G and DowDuPont, have adopted circular economy commitments that could have profound impacts on the way they and their suppliers work," says Anne van Riel, the head of Sustainable Finance Americas, ING.

The International Labour Organization projects the net creation of 18 million green jobs by 2030, including 4 million in manufacturing and 9 million in renewables and construction, all areas that will be boosted by a shift to circular thinking.

A report from McKinsey has suggested that adopting circular economy principles could generate a net economic benefit of €1.8 trillion (€1.6 trillion) for Europe by 2030.

This week the European Council adopted measures proposed by the Commission to tackle marine litter from the 10 single-use plastic products most often found on European beaches, as well as abandoned fishing gear and oxodegradable plastics.

"Once implemented, the new rules will not only tackle plastic pollution, but also make the EU the world leader in a more sustainable plastic policy, thus driving forward our circular economy," Vice President Jyrki Katainen, responsible for jobs, growth, investment and competitiveness, said.

The single-use plastics legislation will address 70% of marine litters items, avoiding environmental damage that would otherwise cost €22 billion by 2030.

The circular economy model is usually presented as a pragmatic win-win solution, But Micha Narberhaus, founder of Smart CSOs Lab, says"research published in the Journal of Industrial Ecology has concluded that circular economy activities can actually increase overall production, "partially or fully offset[ting] their benefits."

"On a finite planet, endless economic growth is not an option," Narberhaus says.

Environmental crises are intertwined with the crises of inequality, migration and democracy, he believes. "And none of these can be solved in isolation. Maximizing recycling and re-use of materials is necessary, but cannot be a cure-all."

Research published in the Journal of Industrial Ecology concludes that Circular Economy activities can actually increase overall production, "partially or fully offset[ting] their benefits," it adds.

In effect, more efficient use of materials can make products cheaper and therefore more appealing. and the overall environmental benefit is offset by economic growth.

Furthermore, big business is suspicious of new taxes and higher costs, he adds

As a holistic concept, circular economics collides with the structures of academia, companies and administrations, Stahel says. "For economists who work with GDP, creating wealth by making things last is the opposite of what they learned in school. GDP measures a financial flow over a period of time; circular economy preserves physical stocks," he argues.

What needs to be done?

Stahel proposes a shift from taxing labor to taxing nonrenewable resources, which he believes could mitigate the rebound effect while offering a solution to structural unemployment.

"Many people in the CE network believe that CE is largely a business innovation agenda," Narberhaus says. "But only if we ensure through our political systems that the rules of the game change will all business have to implement CE," he adds.

Big companies including Coca-Cola and Danone have signed a new global commitment to tackle the plastic waste problem. Mere greenwashing, or can such pledges make a difference in the fight against plastic pollution? (29.10.2018)