More than 60 containers full of garbage have returned to the western shores of Canada after being stranded for years in the Philippines. The matter had sparked a diplomatic row and prompted threats of an armed conflict. 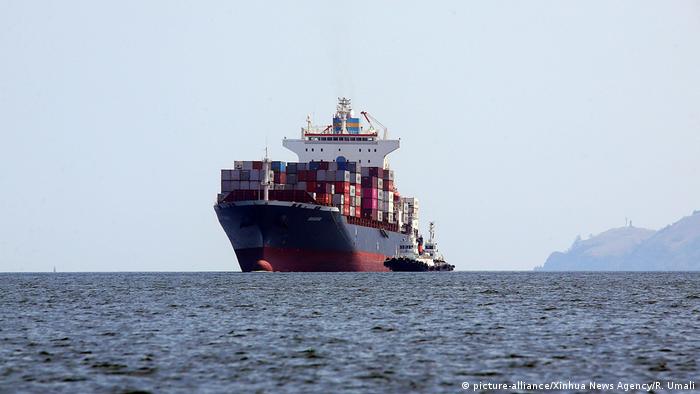 A container ship carrying waste that triggered a diplomatic feud between Canada and the Philippines arrived back home in the western Canadian province of British Colombia on Saturday.

The 69 containers arrived at GCT Deltaport, near the city of Vancouver, where the contents are set to be incinerated in the next several days.

The garbage had prompted Philippine President Rodrigo Duterte to withdraw diplomats from Canada and threaten the country with war after Canada failed to retrieve the waste by a May 15 deadline.

A Philippine court had ordered the repatriation after it emerged that the garbage had been mislabeled as recyclable plastics before it left Canada in 2013 and 2014.

Canada agreed to take the waste back in late May.

Other Southeast Asian countries have also struck out against several developed countries over their waste disposal in recent months.

In May, Malaysia demanded that the United States, Japan, France, Canada, Australia and Britain retrieve 3,000 tons of garbage.

The problem emerged after China stopped accepting waste last year, leading many other countries to take in the redirected rubbish.

Canada changed its rules on garbage disposal in 2016 to avoid future falling-outs like the one with the Philippines.

The namesake son of an ousted dictator had secured a landslide victory. His running mate and daughter of the outgoing president, Rodrigo Duterte, Sara Duterte, was sworn in days earlier.