Philippines ships trash back to Canada after heated row

Tons of garbage exported from Canada to the Philippines years ago is being sent back to its source. This comes as several Asian countries rebel against being used as dumpsites by Western nations. 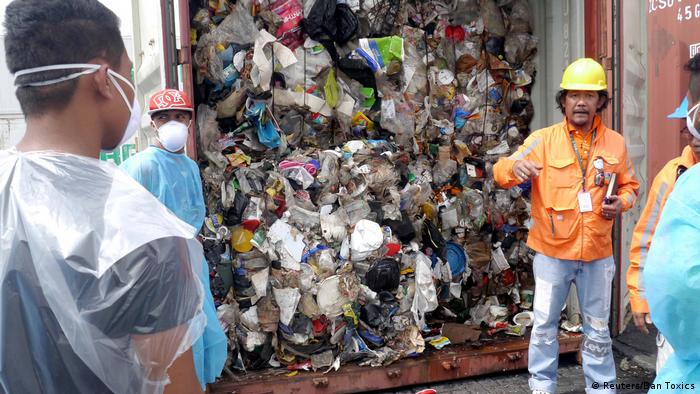 Nearly 70 shipping containers full of trash are on their way back to Canada from the Philippines amid a long-running dispute over waste exports during which Philippine President Rodrigo Duterte even threatened to declare war on the North American country.

The waste was loaded overnight at the port of Subic, northwest of Manila, and left on Friday, headed for the Canadian city of Vancouver.

The waste, which was shipped to the Philippines in 2013 and 2014, had been mislabeled as plastics for recycling at the time. The import was declared illegal in 2016 by a Philippine court.

Canada had, however, dragged its feet on taking back the waste, sparking a long-running diplomatic row that reached its culmination when a May 15 deadline imposed by Manila was missed. That default prompted the Philippines to recall its envoys to Ottawa.

The row also saw firebrand President Rodrigo Duterte give a speech in April in which he stated: "Let's fight Canada. I will declare war against them."

Canada has welcomed the return of the garbage, with Environment Minister Catherine McKenna telling reporters on Thursday: "We committed with the Philippines and we're working closely with them." A spokesman for her ministry, Mark Johnson, also said in an email statement that the Canadian government was "taking all the necessary measures to ensure safe and environmentally sound transport, handling and disposal of the waste in Canada."

Canada has said the waste was originally sent to the Philippines as a private commercial transaction that was not government approved. 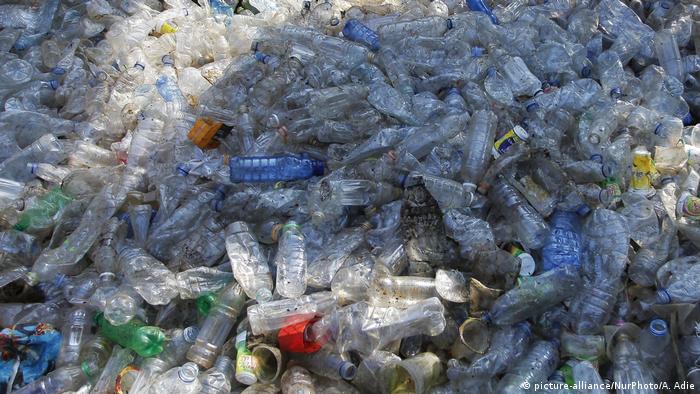 The return of the garbage comes just days after Malaysia announced that it was shipping hundreds of tons of plastic waste back to its countries of origin, which included Australia, Bangladesh, Canada, China, Japan, Saudi Arabia and the United States.

China itself, which had accepted scrap plastic from around the world for years, last year said it would not take in any more foreign refuse, prompting the redirection of huge quantities of waste to other Southeast Asian countries.

Plastic pollution has become a focus of global concern in recent years, spurred by shocking reports of marine animals being found with kilograms of waste in their innards and the widespread publication of images showing huge waste "islands" in the oceans.

The Worldwide Fund for Nature says some 300 million metric tonnes of plastic are produced each year. Much of it is disposed of in landfills, but a huge amount also ends up polluting the seas.

tj/msh (AFP, Reuters)Each evening at 1830 UTC, DW's editors send out a selection of the day's hard news and quality feature journalism. You can sign up to receive it directly here.

New Delhi has imposed a federal ban on some single-use plastics in a country that generates around 4 million tons of the material every year. Offenders can net hefty fines or a five-year jail sentence.