Opinion: Are the good years over for German firms? | Business | Economy and finance news from a German perspective | DW | 10.07.2019

Opinion: Are the good years over for German firms?

When BASF, the world's largest chemical company, drastically slashes its earnings forecast, it's an alarm signal for the German economy as a whole, say DW's Henrik Böhme. 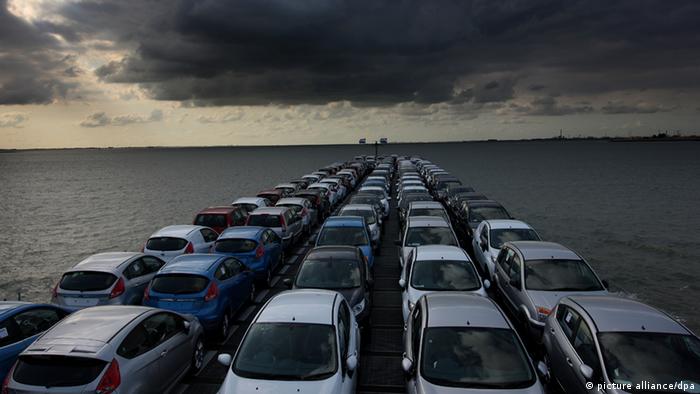 A "profit warning" is one of the most misleading economic terms in the book. It does not refer to a warning about a profit that a company could make. It is a warning that a company may bring in less or even no profit; and should actually probably be called a "loss warning."

Semantics aside, such a profit warning came earlier this week from the German chemical group BASF. This is not just any company, but the largest chemical company in the world, with 122,000 employees spread around the globe. If such a company slashed its forecast for the current fiscal year so drastically — namely a drop in profits up to 30% — alarm bells should ring.

Why? Because an internationally networked company like BASF that works in so many industries with so many partners and customers is the first to see when things start to go wrong. The automotive industry, for example, orders a lot of its paints and plastics from BASF. This industry in particular has been hit by sagging global growth.

An even bigger problem for the chemical conglomerate are trade conflicts. Those who thought that everything would go back to normal after the next tweet by US President Donald Trump now know better. A real solution is not in sight, and the damage is apparently already enormous. If there is something that companies fear more than the tax man, it is uncertainty.

As for a recession, you can talk about it long enough until it is actually there. But it's not just BASF. Bad news comes out of the German economy practically every day. Orders for German industry continue to decline. The mood in companies is turning into the negative.

The Munich-based Institute for Economic Research (ifo), which regularly feels the pulse of companies, had to spread this bad news the other day, garnished with the bad "R" word: Manufacturing for export is already in recession, according to the experts. German engineering, which is the second major pillar of the economy next to car manufacturing, is expected to see a drop of 2% in production this year.

Yet even before BASF came on the radar this week, other companies showed up with terrible news. Siemens recorded "unexpectedly weak new orders." Analysts expect industrial giant ThyssenKrupp to also soon issue a profit warning.

At the same time, there are frequent reports of planned redundancies: BASF wants to cut 6,000 jobs. Competitor Bayer has indicated that 12,000 jobs would have to go. The good years apparently seem over at Siemens, ThyssenKrupp and Volkswagen. They are bracing themselves for a big storm that is on the horizon.

And now the good news after all the bad: The German job market is in such a robust condition that it can survive the coming waves. The number of applications to reduce working hours, called short-time work, has increased significantly in recent weeks. This means that many companies are only firing people if there is no other way and are trying to do everything they can to hold on to their skilled workers. If skilled workers are fired, they should be able to find something new elsewhere.

By the way, short-time work helped the German economy to quickly find its way back on track following the severe recession in 2009 after the economy plummeted by 5% as a result of the global financial crisis.

Today the world economy is far from such a dramatic collapse. After years of boom with a partially overheated German economy, we can expect a phase of normalization in the best-case scenario. This includes cycles of upswings and downswings. Really bad news sounds different.