For the best part of a year, German manufacturing data has been weak. Trade issues have played their part in afflicting this vital sector, but there are wider questions that affect the entire economy. 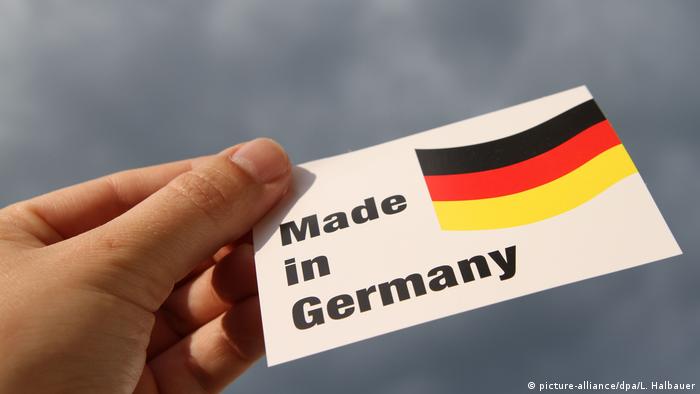 As far as Monday's German business news headlines were concerned, there was only one show in town: Tthe news that Deutsche Bank was cutting 18,000 jobs amid a radical strategic overhaul.

Yet there was other significant German business news. Industrial output figures for May returned to month-on-month growth, rising by 0.3%. Although less than many economists expected and coming off a low base (a decline of 2% in April), it nonetheless provided a modicum of respite in what is becoming an increasingly jittery time for the German economy.

On Friday, a key indicator for Germany's economically crucial manufacturing sector continued a trend that has been furrowing more than a few Teutonic brows of late. Manufacturing orders in Germany dropped by 2.2% month on month and by 8.6% from the same month in 2018.

The drop was much sharper than many economists had expected. So striking were the figures that they sparked a fall in government borrowing costs, as investors priced in the likelihood of the ECB buying up bonds in a new round of monetary easing.

Germany's economic might is largely based on its export power, so can this pattern of weak figures simply be blamed on the current ruptures afflicting the global trade cycle?

One thing that is clear is that the mood is low. Sentix, a research group which measures investor sentiment, says confidence in Germany has hit its lowest level on the index in a decade. "A recession looks unavoidable," said Patrick Hussy, the group's director.

Not just Trump to blame

Technically speaking, Germany avoided a recession late last year by the narrowest of margins. A recession is defined as two successive quarters of contraction, and following a dip in Q3 last year, the economy registered 0.0% growth in Q4.

But a persistent weakening in the manufacturing sector continues to stalk the country's economy. In May, foreign orders from German manufacturers fell by 4.3% month on month, with orders from beyond the eurozone falling by almost 6%.

The fall "did not really surprise us," Ralph Wiechers, chief economist with Germany's Mechanical Engineering Industry Association (VDMA), told DW. He says that the latest drop continues a downward cycle that has been evident for some time. "You can see the continuous development that the order intake is falling, also when measured against the previous year's figure."

Close to half of Germany's €1.6 trillion ($1.79 trillion) export empire is built on machinery that it sells all over the world. But according to Wiechers, trade headwinds are not the only cause of the slide.

"We have different causes," he said.

Overall, the mechanical engineering sector is experiencing a typical cyclical downturn, after almost a decade of a cyclical upswing. "That's all normal in our business, that doesn't cause anyone concern."

But there are also domestic factors. Domestically, he says there is a major reluctance to invest in the automobile industry at present, with manufacturers putting off decisions due to the profound changes taking place in that sector. "They are holding back because they do not know exactly which technological direction they will be going in."

But there's no getting away from the trade issue.

Aside from turbulence with the US, Wiechers says German manufacturing exports are now at "zero growth" in China, and that in general it is declining across Asia. "We're not the only ones who suffer from it."

"Except for some special cases — e.g. the trade measures against Iran — we hitherto experience predominantly the indirect effects of a more protectionist mood," he told DW. "Exporting companies have become more cautious to enter foreign markets and they have revised their investment plans. Thus global investment in machinery is receding, hitting the German producers of machinery."

But even accounting for a slide in German manufacturing, does it automatically follow that it will spill over into the wider economy? The vital signs still don't look terrible after all — consistently low unemployment, reasonably steady growth rates and a whopping budget surplus.

"On the one hand, the manufacturing industries are facing headwinds. On the other hand, the construction and the services sectors continue to be strong, benefiting from incomes still rising, low interest rates, and increasing public demand."

The possibility remains that future agreements will ultimately mitigate some of the damage done to trade. "But of course an economy with a large export sector is vulnerable," said Döhrn. Although he says that Germany has become less dependent than it once was on its export sector, due to the strengthening of domestic demand. 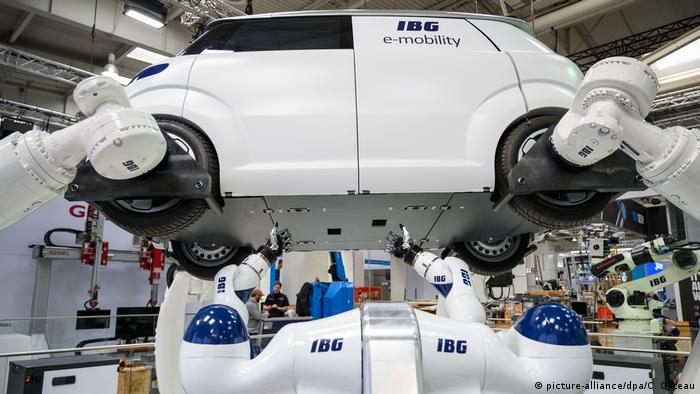 The German economy faces longer-term questions over its switch to new technologies, such as e-mobility

Before the new world comes

Beyond the question of recession in the short term, a deeper question hangs over the entire discussion — Germany's longer-term competitiveness in an age of Industry 4.0, electromobility, artificial intelligence and all the other paradigm shifts which creep steadily closer toward mainstream reality.

"Not all negative developments in German manufacturing are a consequence of trade conflicts," said Döhrn. "The problems in the automotive sector also seem to be structural, such as the aftermath of Dieselgate and difficulties with conversion to e-mobility."

Wiechers remains optimistic that Germany's mechanical engineering industry will continue to be a critical force in a strong German economy and the new economic and industrial world which is being built.

"But the exciting question becomes: How quickly will the new world come and how long will it take for the old one to break off?" he asked.

"Because there can be a gap if the old one falls off before the new one has arrived."

Only 1 percent growth is forecast for Germany this year, according to Economy Minister Peter Altmaier, who attributed the risks to Brexit and global trade rows. Previously, Berlin had reckoned on 1.8 percent. (30.01.2019)