Emissions-cheating scandals hitting German car manufacturers have strained relations between policymakers and the auto industry in the country. But DW's Henrik Böhme says it's still the carmakers calling the shots. 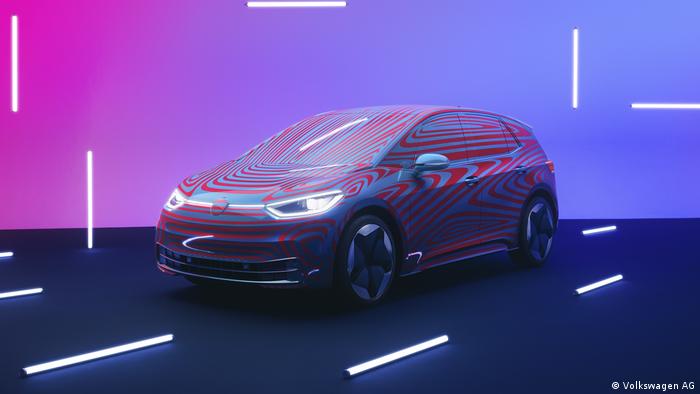 When German industry leaders recently blasted the government claiming its policies were harming companies, German Chancellor Angela Merkel replied she could just as well talk about how much time it took her to come to terms with numerous legal violations by German carmakers and the resulting loss of trust in the sector.

It wasn't the first time the chancellor rebuffed criticism voiced by the nation's car bosses, showing her late change of attitude. When new caps for harmful car emissions were debated a while ago and the European Commission ratcheted up the pressure to adopt them, Merkel was still the first in Brussels to see to it that the impact on carmakers was not so heavy in the end.

What's happened since is that the heads of Germany's auto manufacturers have been invited to Berlin on a regular basis for what's come to be called "car industry summits" to talk about the sector's overhaul.

The government wants to know when the e-mobility revolution is finally going to kick off. Berlin's original plan had been to get 1 million electric cars onto German roads by the end of the year, supported by 100,000 charging stations across the country.

It's clear that this target will be missed by a wide margin. Of the 47 million cars currently registered in Germany, only 83,000 are fully electric vehicles, and there are just 17,400 charging stations.

It's obvious that in a country that doesn't have a planned economy, such targets can be formulated, but not dictated. As they say, the market will look after it. And that market won't push electric cars as long as they're a lot more expensive than conventional ones with combustion engines and as long as the scarcity of charging stations spreads uncertainty among potential buyers whether they'd really be able to get from A to B.

The state can only provide incentives — which it does by granting a buyer's premium for those willing to get an electric car.

It remains a mystery, though, why the German auto industry is so audacious as to insist the state finance the charging station infrastructure and in return the carmakers will put out more electric models.

After all, it wasn't the state that financed the huge network of existing fuel stations, but the oil companies themselves.

Nowadays, new players are creeping into the equation of what makes economic sense. Preferably, charging stations should get electricity from wind or solar farms in the vicinity. Sure, Aral, Shell and the like seem out of play there, but it looks like brisk business for utilities such as Eon and RWE, which are looking for new fields of activity anyway as their old power plants are shut down.

It's also imaginable that new alliances may form between former oil companies and former operators of coal-powered plants. German carmakers should really rethink their call for the state to pony up the money for more charging stations.

Yes, auto manufacturers have agreed to build the Ionity network to provide 400 charging stations in 18 countries, but more initiatives need to follow.

There's no denying that all of this costs a lot of money, and it's also clear that R & D related to electric cars has cost a fortune. Add this to the huge sums that have had to be paid in terms of litigations costs over Dieselgate. But demanding that taxpayer shoulder the burden of the network of charging stations can't be right. The consumers didn't cheat.

Policymakers in Germany believe carmakers can now rectify their wrongs and shoot to the top of the world's electric car producers with their know-how and mass production abilities — Tesla is highly unlikely to achieve that.

Are German carmakers heeding the signs of the time? Judge for yourself. This year, more than 1 million SUVs have been registered in the country, marking a new record. Before you ask — all of them are driven by combustion engines.

A Tesla Model 3 has a worse life-cycle carbon footprint than a similar-sized Mercedes diesel car, the renowned German think tank has found. It warns that electric vehicles are "no panacea" against climate change. (25.04.2019)

Opinion: COVID vaccine patents are not the issue 19h ago