Deutsche Bank says it will cut 18,000 jobs by 2022 as part of a major restructuring of the embattled bank. For years, Germany's biggest lender has suffered from weak performance and legal woes. 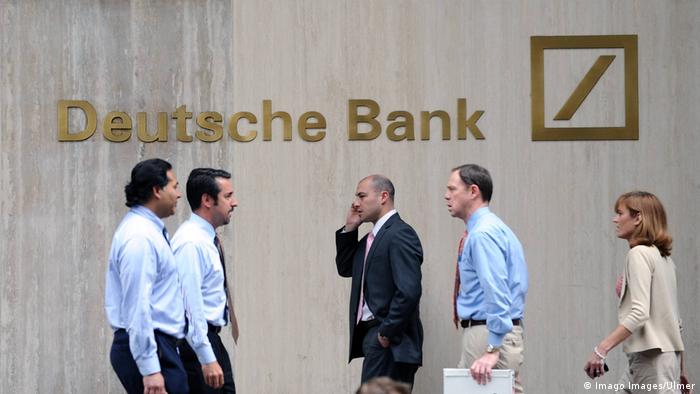 Deutsche Bank said in a statement on Sunday that the restructuring would include "a workforce reduction" to "around 74,000 employees by 2022."

The layoffs would contribute to reducing annual costs by €6 billion ($6.7 billion) until 2022.

The bank also plans to scrap its global equities business and scale back its investment banking. It expects a €2.8 billion euro ($3.1 billion) net loss in the second quarter as a result of restructuring charges.

The company was hit hard by a financial crisis a decade ago. Since then it has struggled to make a profit under the new safety provisions imposed on banks.

In May, Chief Executive Officer Christian Sewing sought to reassure investors at Deutsche Bank's annual general meeting (AGM) that management was "prepared for tough cutbacks" and that he would "speed up the transformation" by focusing on "profitable and growing areas."

Sewing, however, said more cuts were needed to its ailing investment banking unit, which consumes most of the bank's capital and has been at the heart of various trials and fines for, among other offenses, money laundering. The unit has also failed to match its much bigger US rivals, particularly in investment banking.

The restructuring measures are a step in the right direction, said Stephan Szukalski, a Deutsche Bank supervisory board member, adding that it could be new beginning for the bank.

US cuts to equity business

Some of the changes that were proposed in May included the plan to cut its US equities business, including prime brokerage and equity derivatives, to win over shareholders.

A big part of the bank's anticipated US cuts will come from its money-losing equities business, which includes cash equities trading. The bank has also earmarked US rates trading for further reductions.