The national banking champion the German finance minister had been eager to get is not coming. DW's Henrik Böhme believes both Deutsche Bank and Commerzbank should brace for even more turbulent times. 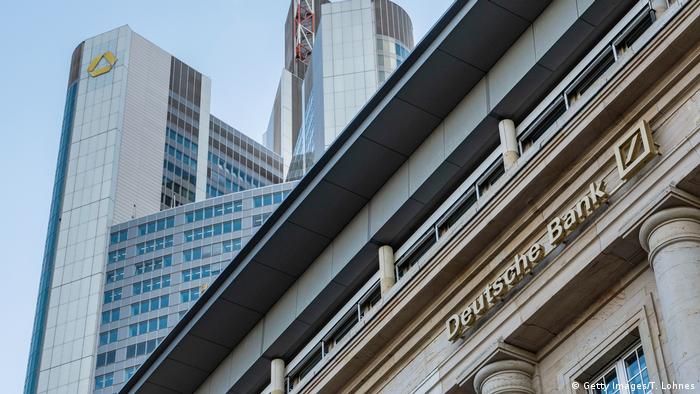 Of course it's good news to hear that merger talks between Deutsche and Commerzbank have been discontinued. After all, what could have been the result of a tie-up between two lenders trying to come to terms with their massive problems? We would have still had a problematic bank, just a bigger one. It would incorporate the huge financial risks of the once so proud and arrogant Deutsche, alongside the burden of Commerzbank still operating in the shadow of its bigger rival, dependent on state aid.

The very prospect of merging with a bank in which the state still has a 15% share must have been a horrible vision for Deutsche and will have lowered its motivation to make the mulled merger a reality.

America out of reach

During the financial crisis, Deutsche Bank announced it would be ashamed to accept any state aid. Well, it was probably wrong, because the lender — had it accepted help from outside — would probably not now be in a position of having to fend off merger propositions. Take the US, for example, where lenders were forced to accept state aid.

They've paid it all back, and the likes of JPMorgan Chase are going from strength to strength again. JPMorgan earned a full $9 billion (€8.1 billion) in the first quarter of this year; Wells Fargo logged $6 billion in profits, while a formerly struggling Goldman Sachs secured $2.2 billion. By contrast, Deutsche just earned €200 million in the first three months of 2019 (after tax) — and that's a result that exceeded analysts' expectations by far.

There are a number of reasons why the merger talks were eventually discontinued. First, there was growing opposition from employees at both banks fearing massive job losses. Then there were doubts about the price Deutsche would have had to pay for the tie-up (€12 billion) — that's a sum the lender cannot pony up just like that. The bank would have had to ask shareholders for fresh money once more, but the latter had already pumped €33 billion into the bank since 2009 without seeing adequate results in return.

So, the dream of German Finance Minister Olaf Scholz to see a national banking champion in the making will not materialize. For over a year, he didn't miss any opportunity to talk about such a new giant. He even hired a former Goldman Sachs Germany chief, Jörg Kukies, to push a merger. When Deutsche and Commerzbank finally bowed to mounting pressure in March and started merger talks, Scholz said it would be for the two sides to clarify whether a tie-up would make economic sense. He repeated that comment today when the failure of the talks became known. There's surely a bit of mendacity involved in this.

So, where do we go from here? Both Italy's Unicredit and ING from the Netherlands have long signaled their interest in taking over Commerzbank. If there's no pan-German solution, consolidation may now proceed on a European level — and there can be no doubt that the EU needs stronger banks.

However, no one has so far shown any interest in acquiring Deutsche; no one wants to do that to themselves. Only the bank's DWS asset manager, a very profitable unit, may find a new partner in its counterpart at Swiss lender UBS. But what will become of Deutsche's other divisions? Is there any plan B, now that merger talks with Commerzbank have failed?

There's no doubt that Deutsche will have to stick to its restructuring agenda, and that will cost many more jobs anyway. And because its international operations are moderate and US rivals are in a different league, Germany's largest bank can only aspire to be German industry's reliable companion, everywhere in the world. That was once the bank's mantra before it got destroyed by the megalomania displayed by various top managers of the past.