The UK prime minister has turned up the Brexit rhetoric as his ruling Conservative Party meets in Manchester. But the annual conference risks being disrupted by a no-confidence vote in his government. 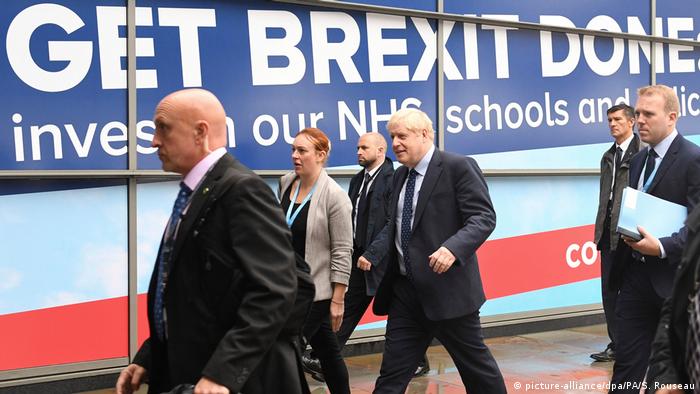 As the annual conference of Britain's ruling Conservative Party got underway on Sunday, Prime Minister Boris Johnson vowed he would oversee the country's departure from the European Union next month.

"What we need to do is to move on [with other policy issues]. And the way to do that is to get Brexit done on October 31," he told the BBC in Manchester, northwest England, where the conference is taking place over the next four days.

Johnson also vowed not to resign despite last week's Supreme Court ruling that his decision to suspend Parliament for five weeks ahead of the EU exit date was illegal. Instead, he reiterated that he was confident of securing a new Brexit deal with the EU to avoid a disorderly departure.

"No, I have undertaken to lead the party and my country at a difficult time and I am going to continue to do that. I believe it is my responsibility."

The British leader has repeatedly vowed to renegotiate the so-called Irish backstop, to prevent a hard border between the UK territory of Northern Ireland and EU member the Republic of Ireland.

However, his negotiating position has been weakened after Parliament passed new legislation ruling out a no-deal Brexit, and the EU said the backstop has to remain. Several analysts think a new Brexit deal is now an impossibility before October 31, the planned departure date.

Johnson has previously vowed to circumvent what he called "the surrender act," which forces him to request a second Brexit delay if an alternative deal is not reached by the EU leaders' summit in Brussels on October 17-18.

Speculation is rising that he could use a legal loophole to avoid negotiating an extension to Article 50, the process of ending the country's 46-year membership of the bloc. 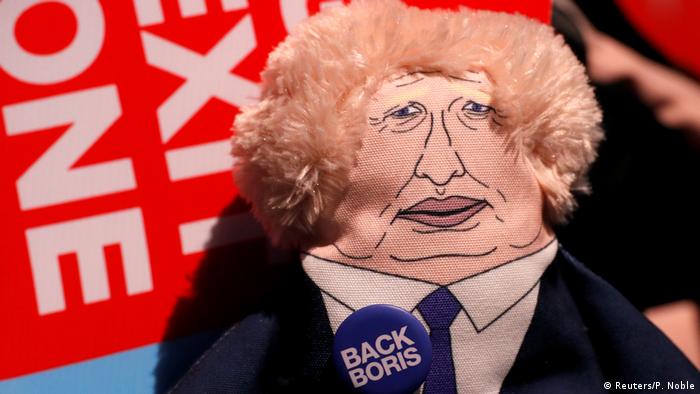 Johnson is likely to rally his party with a "do or die" Brexit message when he gives the keynote speech on Tuesday. His tough stance has won him the support of pro-Brexit party members, but many of his MPs are staunch 'Remainers' who have warned that a no-deal exit would be hugely disruptive.

Johnson has had a turbulent two months in office, having suffered seven successive defeats in Parliament — in the process losing his majority. He expelled 21 Conservative MPs — some of them longtime lawmakers — when they backed the Brexit extension deal legislation.

As well as the Supreme Court ruling, Johnson now faces a possible misconduct investigation from his tenure as London mayor. The Sunday Times newspaper accused him of giving favorable treatment to US businesswoman Jennifer Arcuri, who reportedly told friends she had an affair with the British leader.

Vote of no confidence?

The Conservative conference is likely to be the last before a widely-expected general election at the end of the year which is hoped will break the Brexit deadlock.

Opposition MPs have threatened maneuvers that could force ministers to race back to London.

The leader of the main opposition Labour party, Jeremy Corbyn, has said he plans to call a no-confidence vote in Johnson's government. Corbyn now has the backing of the Scottish National Party (SNP) to form an emergency government if Johnson is forced from office.

A move to oust Johnson could play into the prime minister's hands as an election at this point is likely to return him and the Conservatives to Downing Street. Polling firm Opinium said on Sunday the party has a 12-point lead over Labour.

One of Northern Ireland’s biggest employers, Wrightbus, has gone into administration after it failed to reach a deal with potential buyers. So what next for the maker of Boris Johnson’s favorite London buses? (26.09.2019)

Opinion: Who can save the UK from political meltdown?

It's hard not to feel a sense of doom descending over the UK. Political decorum and dignity have been replaced by bullying and threats. How low can the country sink, asks Rob Mudge. (26.09.2019)