The political party has always maintained an anti-Brexit stance, but they have now taken an unequivocal position. If they win a general election, they will revoke the decision to leave the European Union. 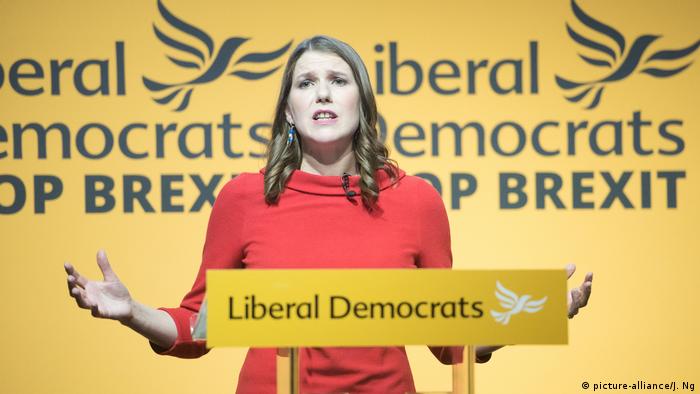 The Liberal Democrats voted overwhelmingly at their party conference Sunday to end the Brexit process entirely if they win an absolute majority in the UK's next general election.

"We will put an end there and then to the Brexit nightmare that is dragging the whole country down and tearing us apart, and start immediately tackling the reasons people voted to leave in the first place," the party's Brexit spokesman Tom Brake said.

The party holds just 18 seats in Britain's 650-seat parliament but has seen its popularity rise in the polls in recent weeks as both Labour leader Jeremy Corbyn and Conservative Prime Minister Boris Johnson grapple with the Brexit conundrum.

As a party, the Lib Dems have never won more than 62 seats at an election and despite a recent surge, still trail both the Conservatives and Labour in the polls.

Prime Minister Johnson wants to call an election, but has so far been blocked by opponents, including the Liberal Democrats, who are desperate to avert a no deal scenario on the leave date of October 31.

Meanwhile, the UK's third party gained a new member over the weekend with the defection of Sam Gyimah, a former Conservative MP. He is the sixth lawmaker to switch allegiance and join the party in 2019.

Former UK Prime Minister Tony Blair's chief press secretary has been kicked out of the party for voting Liberal Democrat in the EU elections. Alastair Campbell has been pushing for a second referendum on Brexit. (28.05.2019)