Britain's two major political parties have both fared poorly in local elections. The results, seen as an indication of Brexit sentiment by some, saw smaller parties profit on the back of Conservative and Labour losses. 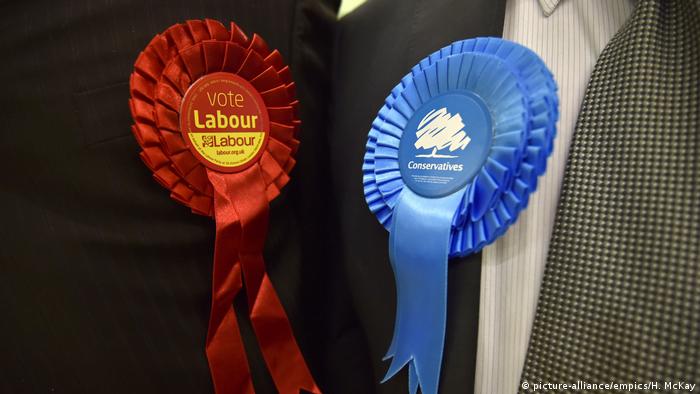 Both parties, which pledged to carry out Brexit in their 2017 election manifestos, suffered badly, with more than 90% of results in.

"Now this is a difficult time for our party, and these election results are a symptom of that," May told party members in Wales.

"But I think there was a simple message from yesterday's elections to both us and the Labour Party: Just get on and deliver Brexit," she added.

The Conservatives lost most heavily in southern England, where they're traditionally strongest, while the Labour Party had its worst setbacks in its northern strongholds.

Brexit has proved a particularly divisive issue for Labour, whose membership is largely pro-Remain but whose leadership is filled with euroskeptics and whose post-industrial heartlands in the North, Midlands and Wales voted strongly in favor of leaving the EU.

The party is split over whether it should support a second referendum that could see Brexit canceled — thus alienating pro-Leave voters — or continue to support Brexit to the chagrin of Remainers.

Meanwhile, a large number of Conservative voters are thought to have stayed away from the poll in protest at Britain's exit from the EU being delayed.

The biggest surge in support went to the pro-EU Liberal Democrats, traditionally seen as the third-biggest political force in England. The party won nearly 600 council seats, doubling their overall count.

The Green Party and independents also made significant gains. Both the Liberal Democrats and Greens have declared themselves in favor of a second referendum.

Absent from the ballot was former UKIP party leader Nigel Farage, whose new euroskeptic Brexit party is expected to prosper from Conservative losses at the European elections later this month.

More than 8,000 seats were being contested on local councils, which are responsible for day-to-day decisions about how local services, including waste management and education, are provided.

While there were also some council elections in Northern Ireland, there were none in Scotland and Wales.

Scotland's First Minister Nicola Sturgeon said that her devolved government will take a first step towards holding an independence referendum by May 2021. She hopes to have legislation agreed by the end of the year. (24.04.2019)