Should non-EU citizens be worried about a hard Brexit? | Business | Economy and finance news from a German perspective | DW | 09.04.2019

The potential impact of a no-deal Brexit is very hard to predict with any degree of certainty. But as the clock ticks down, we look into how a hard Brexit might affect non-EU nationals. 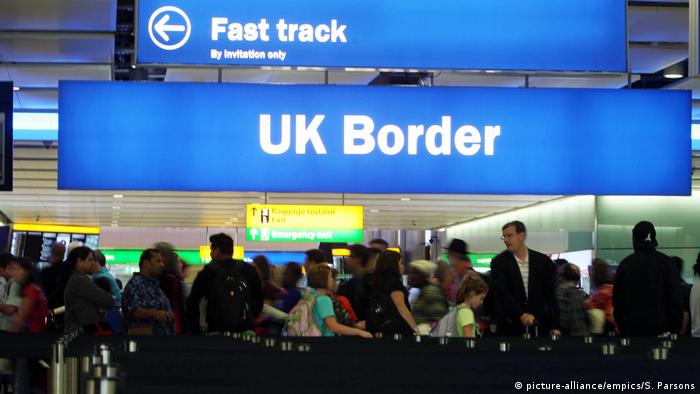 So, what would that mean for an Americans, Australians, Indians and other non-EU nationals working in the UK, vacationing there or thinking of investing there?

Flights to Europe are the cheapest in three years and London is the most popular destination for millennials, online travel app Hopper says. The average flight from the US to London in 2019 is $782 (€735), down from $796 in 2018.

While not strictly no-deal Brexit-related, prices could fall further in the event of a no deal.

That is if there are flights to catch. The International Air Transport Association (IATA) has warned that up to 5 million plane tickets could be canceled if there is no deal.

And unless other arrangements are entered into between the UK and the EU, Brexit UK-licensed low-cost airlines will lose their right to fly to and from the EU and between the remaining EU member states, which will of course hit all, inside or outside the EU.

Furthermore, Eurostar services between London and Paris and London and Brussels could be suspended after a no-deal Brexit. The British government has told international train passengers to verify they have "insurance and ticket terms and conditions" that are "sufficient to cover possible disruption."

Then there are the likely traffic jams. Academics at Imperial College say two extra minutes spent checking each vehicle at Dover and Folkestone could lead to traffic jams of 29 miles (47 km) on nearby highways.

For most non-UK nationals some kind of visa is required for staying and a work permit for working and that will not change. But if you are working some of the time in the UK, and also perhaps in Berlin or Paris, the picture becomes far less clear. 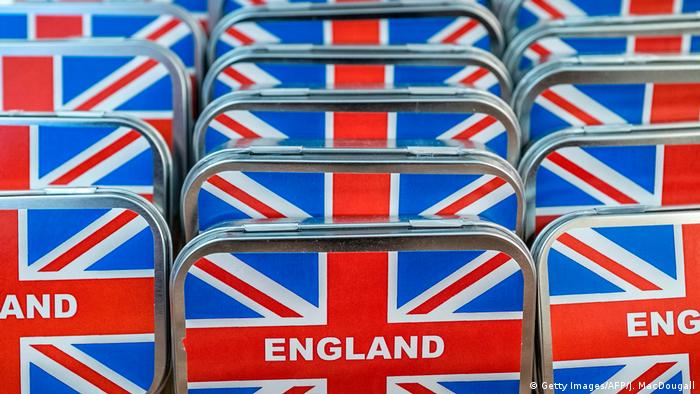 Stocking up on spam

The pound in your pocket

All crises are opportunities, so they say. So, for US travelers — your dollars will likely go that much further as the pound falls, as is expected, to around parity with the euro. The UK's currency is around $1.30 and a no-deal Brexit would probably push the pound down further, adding to its losses against the US dollar of about 13% since the 2016 referendum.

Under the Bank of England's worst case Brexit scenario, the pound would fall 25% to about the same value as the dollar. If you want to eat, however, that saving may  in turn be consumed by higher prices for food.

Some 19% of UK university students are international and they contribute more than 20 billion pounds (€22.5 billion, $26.5 billion) to the UK economy.

Some 39% of EU international students who participated in the 2018 QS International Student Survey (ISS) said they were less likely to study in the UK due to Brexit — compared to just 10% of non-EU students.

EU citizens who already permanently reside in the UK will retain their rights under the EU Settlement Scheme and the situation for non-EU citizens is unlikely to change.

Non-EU citizens, including those from India, Australia and beyond, could have the same immigration rights after Brexit, British Prime Minister Theresa May said on Monday.

During the 2016 referendum campaign, some leave politicians sought to woo voters from the South Asian diaspora in the UK with promises that Brexit — by allowing London to restrict the rights of EU citizens to travel to the UK — could enable the government to ease rules for those from non-EU countries. That remains to be seen.

Non-EU investors might also be looking at some of those companies on the edge of bankruptcy with an eye for a deal.

However, a weaker pound would also push up the share prices of many of Britain's biggest companies which do business around the world, for example British American Tobacco and GSK. The companies on the FTSE 100 make 70% of their income overseas. And dollar strength is not good for US stock markets because it makes American shares more expensive for foreign investors.

Another concern is the impact of no deal on global financial markets might hit US banks that are at "systemic risk," according to the Financial Stability Oversight Council (FOSC).

US financial firms with substantial operations in London wouldn't have EU "passporting rights" and would need to be authorized separately "by applicable EU member states, raising contract continuity concerns for a substantial value and volume of financial contracts," the FOSC wrote.

US banks and financial institutions account for 40% to 60% of activity in global derivative markets and use London as a platform to service non-UK clients in the EU.

For investors and workers

The UK was the United States' fifth-largest export market in 2018 and the US was the UK's top trading partner in 2018. The UK is the biggest foreign direct investor in the US, at about $615 billion, while the US holds the same position in the UK, at roughly $540 billion.

"To the extent that the UK's economy does well, with or without Brexit, that's going to have an impact on Americans who have jobs and industries that export to the UK," Terrence Guay, a clinical professor of international business Pennsylvania State University, told CBS MoneyWatch.

Most economists predict the UK's economy will slow in the near term, at least while businesses hold back on spending until the UK government decides how exactly to separate from the EU. US companies employ nearly 1.4 million UK citizens, and British companies employ more than 1.1 million Americans in the US.

The Bank of England estimates a worst case Brexit could shock the economy into a 5% contraction within a year.

Brexit: How do small breweries cope?

Ireland is the sixth-largest exporter of beef in the world, and has a reputation as a world-class producer. But Brexit is a major threat to the sector, and the tens of thousands of livelihoods dependent on it. (05.04.2019)

It's looking likely that Britain could crash out of the European Union at the end of this year without a deal. That would be worse for Britain than the EU.

Brexit negotiations have once again stalled with less than a month until the United Kingdom is scheduled to leave the EU single market. DW breaks down what's at stake for both economies.