UK Prime Minister Theresa May's final Brexit gamble is to seek help from an equally divided and dysfunctional Labour Party. It's almost like the blind leading the blind, as Rob Mudge reports. 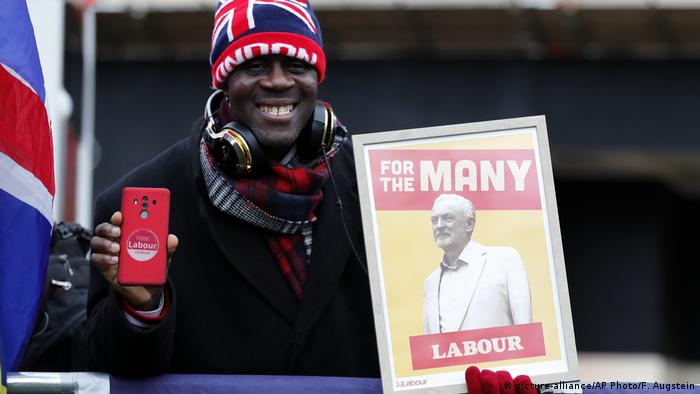 Opposition parties — what are they good for? Well, under normal circumstances an opposition party is supposed to scrutinize the policies of the party in government, take it to task for perceived failures and present a viable alternative to the electorate.

Based on its current state and the way it has maneuvered itself into an impasse over Brexit, it's fair to say that that doesn't seem to be working too well for the UK's Labour Party right now.

On the surface, its inability to cash in on Theresa May's disastrous handling of the Brexit beggars belief. However, it's not that simple. To understand Labour, you need to understand current leader Jeremy Corbyn.

From its so-called golden years under Prime Minister Tony Blair, the party went into free fall under his successor, Gordon Brown, losing 91 seats in the House of Commons in the 2010 general election — the party's biggest loss of seats since 1931. Brown's successor, Ed Miliband, fared little better, with Labour losing the general election in 2015.

Enter Corbyn, who initially managed to re-galvanize a party in the doldrums, putting it back on the electoral map. The trouble is, Corbyn may now be the party's worst enemy as the UK stumbles into Brexit oblivion. 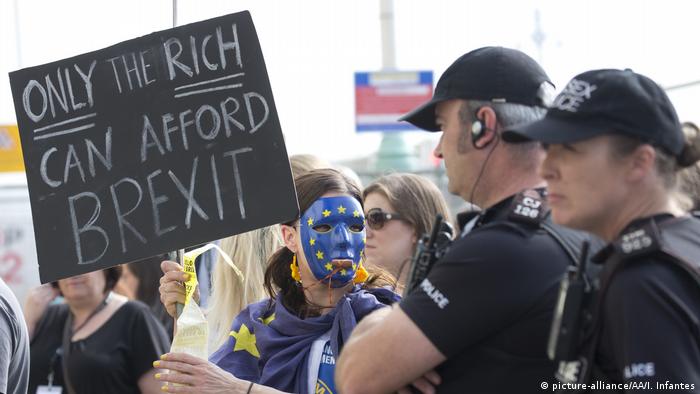 Can the Conservatives and Labour find a way out of the Brexit impasse?

"I think the key lies in its leader because he has never been a fan of the EU and in some ways is perfectly relaxed about Brexit in contrast to most of Labour's ordinary numbers and most of its MPs. But he has control of the party and the direction. And I think his ambivalence to the EU is magnified by the fear of many of those around him as well as particular Labour MPs that being seen to be too pro-EU or pro-Remain will cost the party seats among its old-fashioned core constituency in Leave seats," Tim Bale, professor of politics at Queen Mary University of London, told DW.

While the problem may have been identified, finding a solution is proving to be less straightforward. "One of the most remarkable things about the last few weeks is that despite all the evidence to suggest that nine out of 10 Labour members would like to stay in the EU, they still remain, for the most part, intensely loyal to Corbyn — who hasn't given them anything like what they wanted, which says something about the hold that he has over the membership," said Bale.

"Things have gone horribly wrong for Labour because things have gone horribly wrong for Britain. Brexit is is an issue which is uniquely divisive in that it crosses all the demographics you can name. So the problem for Labour is a similar one for the Conservatives that they embrace an electorate that is divided on the issue that the leader of the party is at odds with members of his own party on the issue and and the problem is how to reconcile those two," Steven Fielding, professor of political history at the University of Nottingham, who specializes on the Labour Party, told DW. 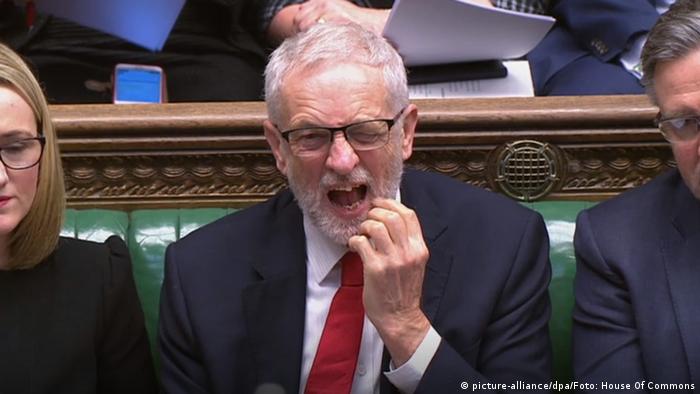 Jeremy Corbyn is more than ambivalent towards the EU

Up to this point, the reason why Labour's dysfunction hasn't been talked up as much as it has for the Conservatives is precisely because Theresa May and her party are the ones holding the hot potato. "Corbyn certainly has had the luxury of being able to criticize what's been put forward and to find fault with it without actually having come to the moment of crisis and having to put his own proposals on the table in the form of legislation," said Fielding.

Thus, the planned meeting with May to find a way out of the imbroglio could be a watershed moment for Corbyn and the party. "This is a dangerous moment for Corbyn because it's the first time that he will be forced potentially at least to put what he is prepared to do on the table in terms of what's got to go to the House of Commons and to the EU."

One of the terms that's been used to describe Corbyn's policy is "constructive ambiguity." In its 2017 election manifesto, Labour essentially said it would respect the referendum result. However it wanted to have a much softer Brexit, such as being in a light version of the customs union or keeping all the advantages of a single market, but at the same time ending freedom of movement.

While these have been dismissed as wishful thinking by the EU, Corbyn's talks with May might provide a way out for Labour.

"If he says we will essentially agree with the withdrawal agreement so long as it is subject to a second referendum, I think that would reconcile the problem for him which is to keep remain and leave elements in his party on board. And it would actually address the issue that around 80-90 percent of its members don't really want to leave but would be prepared to have a second referendum on the matter," said Fielding. 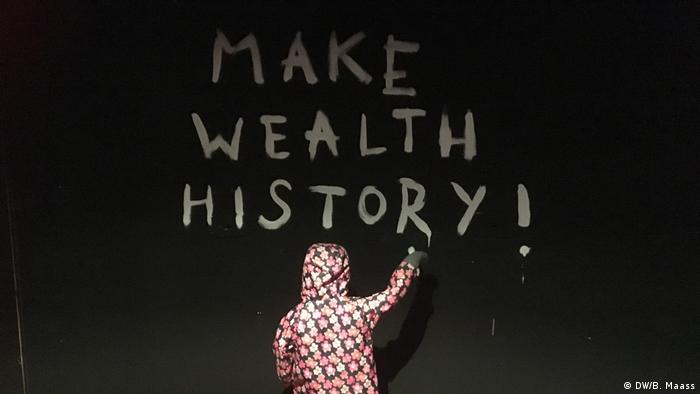 But therein lies the rub. Corbyn himself doesn't want a second referendum. He is, to stay in the terminology, a "lexiteer" — a leftist who wants to the leave the EU. "Corbyn actually believes that you can only build a socialist Britain outside of the EU and that's been his position since 1975 when he voted for the UK to leave what was then the European Economic Community," said Fielding.

Corbyn's detractors often say that he lacks any type of vision of how he wants to take Labour and the country forward. However, that may be doing him a disservice.

"The clear vision he has, as far as Labour members are concerned, is to turn back the clock on what they see as decades of neo-liberalism and to fight against austerity and move back to a situation in which the state plays a much bigger role in the economy. So for Labour members he's going to deliver what they've wanted for years and years," said Bale.

A return to a socialist Britain? Stranger things have happened. And indeed it appears, according to Fielding, that Corbyn wants to take Labour and the country in that direction.

"The anticipation is that Corbyn's ultimate objective is to have a socialist Britain which is essentially a siege economy with all kinds of fiscal controls that could not really exist within the global economy of cooperation that we live in today."

The deadline for the UK to present the European Union with a new proposal for its exit from the bloc or crash out without a deal is fast approaching. A top EU official has warned that Britain is "facing the abyss." (02.04.2019)