One of Northern Ireland’s biggest employers, Wrightbus, has gone into administration after it failed to reach a deal with potential buyers. So what next for the maker of Boris Johnson’s favorite London buses? 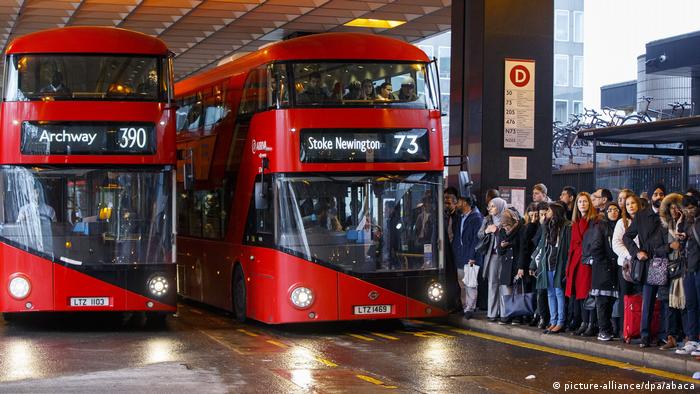 Before he became prime minister, Boris Johnson, then a mere Cabinet minister, said the government in London would do "everything we can to ensure the future of that great UK company." He was referring to the Northern Irish company that built the famous London Routemaster bus, also known as Boris bus.  But as summer turned into autumn, and a potential soft Brexit appears to become hard, Ballymena-based Wrightbus slowly went into administration.

The administrator consultancy firm Deloitte announced on Wednesday that it had "not been possible to find a buyer who wanted to maintain the business as a going concern," announcing that "approximately 1,200 employees are being made redundant today."

"The joint administrators will explore all remaining options for the business and assets, and would encourage any parties with an interest to contact them," said Michael Magnay, a Deloitte partner.

Wrightbus, based in the county Antrim town of Ballymena, had been in talks with three potential buyers after suffering cash flow difficulties but failed to reach a deal. The company was owned by the family of Sir William Wright, its 92-year-old founder. A family spokesman said the change from diesel to electric in bus technology had caused a "sharp decline" in demand for buses in the UK. 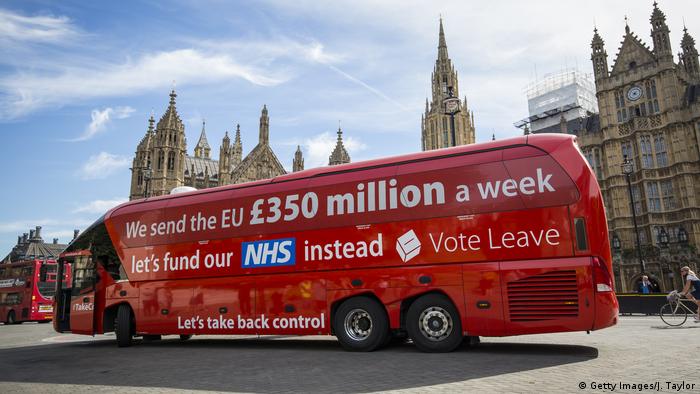 Boris' other bus, used during the 2016 Brexit referendum campaign

The company is one of Northern Ireland's largest employers. Its latest accounts showed a pre-tax profit of 5 million pounds (€5.5 million, $6.1 million) on turnover of about 181 million pounds in 2017, but its financial situation has worsened since. It is reported that Wrightbus needed a cash injection of 30 million pounds to stay in business. Its parent company, Wrights Group, has hired Deloitte to advise on talks with potential investors.

The Chinese engineering group Weichai, a subsidiary of Shandong Heavy Industry, and a firm run by the heir to the UK construction firm JCB, Jo Bamford, had reportedly offered bids for Wrightbus, after Northern Irish businessman Darren Donnelly pulled out last week.

Bamford's hydrogen fuel company Ryse Hydrogen worked with Wrightbus on a contract with Transport for London (TfL) to convert buses to hydrogen fuel.

The bus market in the UK is in a relatively slow period as bus operators have ordered electric or hydrogen-powered vehicles in far smaller numbers. Wrightbus had some success in selling its products and received an order  from TfL for 20 new hydrogen-powered buses, which cost around 500,000 pounds each and only emit water as exhaust.

But the new Routemasters have since been criticized for being expensive and came in for poor publicity after cases of failing batteries. New purchases were cancelled by Sadiq Khan, Johnson's successor as London mayor, in 2016.

The collapse of Wrightbus is a blow to the local economy following job losses at aerospace group Bombardier and shipbuilder Harland and Wolff. Cigarette manufacturer JTI Gallaher and the Michelin tire factory have also closed in recent years.

Northern Ireland's economy is on the verge of recession, according to a survey by Ulster Bank. A report by economists John Fitzgerald and Edgar LW Morgenroth notes that the north relies on an around €10 billion UK subsidy to prop up the economy, with transfers from London amounting to about 20% of its gross domestic product (GDP).

Economist at the University of British Columbia, Kurt Huebner, says a Hard Brexit would hurt Northern Ireland's economy even further. "It would mean a negative GDP effect of up to 6%, depending on the way we model the effect," he told DW, noting that agrifood would be immediately hit hard. "But damage would be across the board as Northern Ireland is dependent on market access to the South and also to EU markets," he added.

Others were more sanguine, however. Esmond Birnie from Ulster Univesity in Northern Ireland thinks that Brexit had "rather little to do" with the current downturn in the Uk province. "Only indirectly..., there are a range of factors involved at the UK macro level, that Brexit uncertainty has contributed to slowdown in UK economic growth since 2016 and hence reduced demand for new buses by UK transport operator," he told DW.

Wrightbus, he added, was never that dependent on the EU market. Its problems were rather more about a lull in demand as many bus operators have previously ungraded their fleets.

Racing towards the unknown, but in an electric car

In view of tougher emissions' standards, carmakers across the world are racing to bring more electric vehicle to our roads. At the Geneva Motor Show Janelle Dumalaon has found the industry ahead of a transformative year. (06.03.2019)

The UK prime minister has said he is "cautiously optimistic" he can thrash out an agreement with the EU. But his Irish counterpart insists the gulf between Brussels and Britain is still "very wide." (13.09.2019)