Another brick in the wall? The downside of Britain′s jobs boom | Business | Economy and finance news from a German perspective | DW | 04.10.2019

Another brick in the wall? The downside of Britain's jobs boom

Unemployment in the UK is at its lowest level since the 1970s, but the country also has the weakest wage growth for 200 years. With the parties competing to offer a higher basic wage, how did this situation come about? 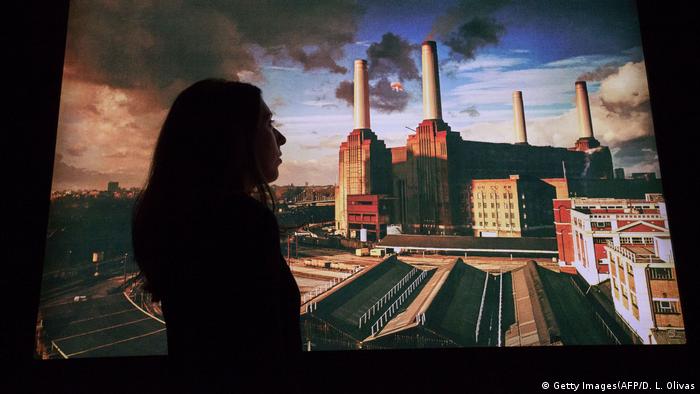 It has become fashionable to blame all the world's ills on neoliberalism. But such cheap rhetoric often comes across like middle-aged men wearing baseball caps back to front, desperate to look cool, but not really getting it.

Thus wrote the British business magazine The Economist in 2017. Hard as it might be to imagine anyone at The Economist wearing a baseball cap back to front at any age, perhaps this guardian of the liberal, if not also the neoliberal, flame had a point.

But the newspaper, in apparent recognition of changing times, opined last week: "Today's workers, if they are lucky enough to escape the gig economy and have a real job, have lost control over their lives. They are underpaid and exploited by unscrupulous bosses."

So far so in touch with the anti-neoliberal zeitgeist, you might think. But read on: "There is just one problem with this bleak picture; it is at odds with reality ..., most of the rich world is enjoying a jobs boom of unprecedented scope. Not only is work plentiful, but it is also, on average, getting better. Capitalism is improving workers' lot faster than it has in years, as tight labor markets enhance their bargaining power. The zeitgeist has lost touch with the data."

The Resolution Foundation, a nonpartisan UK think tank that is supportive of raising the national minimum wage, said earlier this year that the "impressive employment record" has taken place alongside the "biggest pay squeeze" in over two centuries.

Linda Yueh is a leading British writer in this field and author of the book The Great Economists: How their ideas can help us today. She told DW: "The growth in part-time work and the emergence of the gig economy have contributed to an unusual combination of a boom in job creation but more job insecurity."

Toxic workplaces – Bring in a mediator!

The zeitgeist, if that is what it is, seems to be about quality of work rather than quantity of jobs, then?

Minouche Shafik, director of the London School of Economics, believes the UK jobs market requires unions and workers to move from job security to income security.

"Governments need more creative policies that enable their economies to be flexible while giving workers security,"  she told the renowned British business daily Financial Times recently,  adding that employers must accept that "the price of flexibility is higher taxes and more investment in people."

Cas Mudde, a professor at the University of Georgia, told DW he saw no evidence of a link between job insecurity and the rise of populism. But British households are more worried about losing their jobs than at any time in the past five years, according to the UK's Office for National Statistics.

"Right across the world the share of income going to capital has never been higher in the modern era," Mark Blyth, a professor of economics at Brown University in the US, told DW. "So the critics have a rather obvious point. If most people are working longer hours for less money, which they are, then why should they be happy about it."

"It takes a monumental effort to look around at a world with Trump, the AfD, Brexit, and all the rest and declare that everyone is really quite happy with everything after all," Blyth says.

Philosopher Elizabeth Anderson calls it "Private Government," arguing that neoliberal freedom for capital has necessitated a despotism for workers where employers control all the levels of power, not just wages but off hours behavior, access to health care, bathroom breaks, etc.

"Maybe the workers at The Economist suffer no such indignities, but millions of other workers do," Blyth goes on.

Anthropologist David Graeber in turn calls them "Bullshit jobs" —  unfulfilling, unnecessary, and unremunerative work is the experience of the majority.

So, what do the stats show?

Research by the Chartered Institute of Personnel and Development (CIPD) shows employment in the UK is as secure as it was 20 years ago. In its recent Megatrends report entitled "Is work in the UK really becoming less secure?" the institute analyzes Office for National Statistics data and has found that non-permanent employees — including the self-employed, temporary workers, unpaid family workers and those on government training schemes — make up 20% of the UK workforce.

"This report counters some of the common rhetoric that employment in the UK is becoming more insecure," Ben Willmott, head of public policy at the CIPD, told DW.

The evidence suggests that employment security has remained stable over the past two decades, with very little evidence of any big structural increase in casual and insecure work, Willmott says.

Peter Dixon, global financial economist with German lender Commerzbank, thinks that, as ever, the truth lies somewhere in the middle of the extremes.

"There are many jobs at the lower end of the income scale, notably in the gig economy, where conditions are less than ideal and job security is a pipe dream. Think taxi drivers or pizza delivery people," he told DW. But this is not new, he argues, because the history of the labor market is synonymous with labor being hired on piece rates with minimal job security.

"Now, however, many workers in such sectors have protections that their grandparents could only have dreamed of, such as minimum wage guarantees and better employee protection," says Dixon.

"There is a tendency to look to the past with rose-colored spectacles, and I wonder whether that is what we are really guilty of," Dixon notes. In a narrow sense, the flexibility of the modern economy prevented the 2008-09 downturn from being far worse than it was, he adds.

But perhaps the focus on the quality of jobs is to miss the bigger issue. "What is lacking is a sense of hope or optimism, and maybe we are projecting this onto the workplace. After all, this is where we spend the majority of our day," Dixon goes on.

"Globalization has intensified competitive pressures and the rise of powers such as China means that Europe (and the US) cannot trade with the world in the way they once did," Dixon says, adding that companies have to adapt to survive and the workforce feels the pinch.

"We miss the little things that companies can no longer afford to provide — whether it is free pens, the cheap food in the canteen or subsidized gym membership. I rather suspect that the erosion of these little things has a bigger impact on workforce morale than is acknowledged."

But in a wider sense, capital is more footloose and we are often more dependent on foreign capital to create the jobs that local firms cannot. Dixon believes that the extended managerial lines which go back to a faceless head office, maybe in another country, have led to a sense that workers are not engaged in the way that they once were. "It is this 'taking back control' which Brexit and Trump have tapped into," he says, and concludes: "As they say of democracy, capitalism is the worst way of organizing an economy, except for all the others."

Those in Germany looking forward to a night in with pizza or a burger will have to act fast if they want to place their order through Deliveroo. The British bike delivery service has said it is leaving the German market. (12.08.2019)