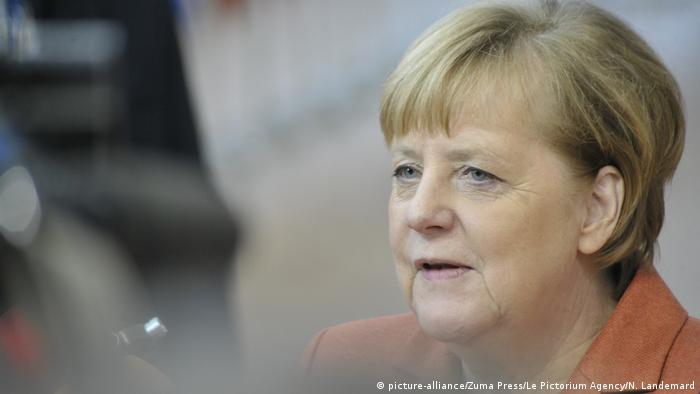 German Chancellor Angela Merkel used her weekly podcast on Saturday to sound the alarm on the country's skilled labor shortage, saying it could force companies to move elsewhere.

"That is why it is necessary for us to make every effort to recruit a sufficient number of specialists. Otherwise, companies will have to migrate — and, of course, we do not want that."

The chancellor's warning comes ahead of a summit on the issue between government representatives, employers and trade unions in Berlin on Monday.

Non-EU workers to fill the gap

Germany wants to tackle the shortfall domestically by providing "good training for as many people as possible," Merkel said. At the same time, Berlin is looking to recruit qualified people from other European Union countries, and further afield.

There are already 2.5 million people from EU countries working in Germany. "But that alone is not enough, and that is why we also have to look for skilled workers from outside the European Union," Merkel said.

The Skilled Workers Immigration Act, which comes into force on March 1, 2020, aims to make it easier for skilled workers from non-EU countries to come to Germany.

Monday's summit will address how best to put the new skilled immigration law into practice, with a memorandum of understanding expected to be adopted at the end of the meeting. A draft of the document, cited by German newspaper group Redaktionsnetzwerk Deutschland (RND), called for additional staff and a central unit to help speed up visa processing. It also said German language training should be expanded so that prospective skilled workers can complete language courses in their countries of origin.

Read more:  How to apply for the perfect job in Germany. Tips from the professionals

Germany is most in need of electrical engineers, metal workers and mechatronics engineers, cooks, nurses, aged care workers, computer scientists and software developers. The government has been looking to draw people who qualify from Mexico, the Philippines, Brazil, India and Vietnam, among others.

Labor Minister Hubertus Heil sought to allay concerns among immigrant-wary sections of the population, telling the Augsburger Allgemeine newspaper that the recruitment drive "is not about uncontrolled immigration, but about qualified people who we need so that our country can remain economically strong in the future."