The endless talk about a shortage of skilled workers in Germany | Business | Economy and finance news from a German perspective | DW | 01.05.2019

How big is the shortage of qualified workers in Germany really? In some industries, the line of job seekers is running low. In many others, the problems are not as they seem and are often homemade. 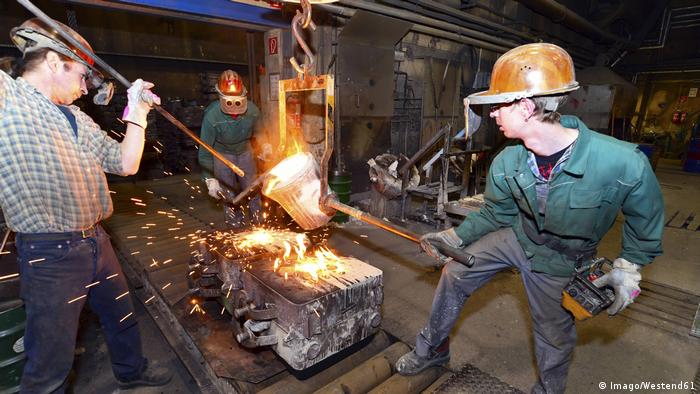 Recently, Steffen Kampeter, the head of the powerful Confederation of German Employers' Associations (BDA), had something to say: Letting employees retire without any deductions at age 63 after working 45 years was "a heavy mortgage not only for our pension fund, but also for our labor market," adding that the shortage of skilled workers in Germany was "fueled by a misguided pension policy."

The response from trade unions followed promptly. Verdi boss Frank Bsirske rejected the criticism, saying "I think the decision to allow retirement at 63 is right." The alternative would be to send even more people home with reduced pensions who have worked hard. "That would be unfair," he added.

A gift for skilled workers

This early retirement possibility is a fairly new regulation that came into force in 2014 as part of a broader pension reform plan. It is also something that almost exclusively affects skilled workers in jobs that are based on vocational training.

Generally people who have gone to university do not qualify for early full retirement since they rarely start working before they are in their middle twenties, and therefore can hardly reach 45 working years before they turn 63.

Nonetheless, politicians also took note. Minister of Education Anja Karliczek said that vocational training was still not valued enough in Germany. In order to counteract the shortage of skilled workers, the next generation of young talent must be optimally trained.

"The future depends more on that than attracting skilled workers from abroad," Karliczek said. "For me, training in companies is worth just as much as at universities." 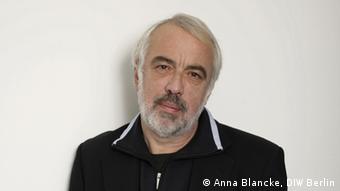 "We have no nationwide shortage of skilled workers in Germany," said labor market expert Karl Brenke from the German Institute for Economic Research (DIW) in an interview with DW.

There are bottlenecks in some areas. But that is because of different reasons. Especially in sectors where businesses have been doing well for a long time due to the good economy, the demand for skilled workers is high. But even there the pressure is falling. "Now we are more likely to face a recession," according to Brenke.

He sees another important reason for the shortage in the fact that in the past simply too little attention was paid to skilled workers. "The care sector is a case in point, where poor working conditions and low wages were offered. Sooner or later it turned out that skilled caregivers were missing." The same applies to teachers in some regions. "That means we were asleep at the wheel in the past and there are now bottlenecks in some occupations." However, there can be no question of a general shortage of skilled workers.

Employers are not consistent

When the possibility of early retirement came into effect, it impacted a whole group of employees who could retire at the same time. However, this effect was greater at the beginning of the reform policy than more recently.

One of the reasons is that the employment rate of older workers, who would be eligible for retirement at 63, has risen in recent years. This has helped balance out the increase in a shortage of skilled workers. 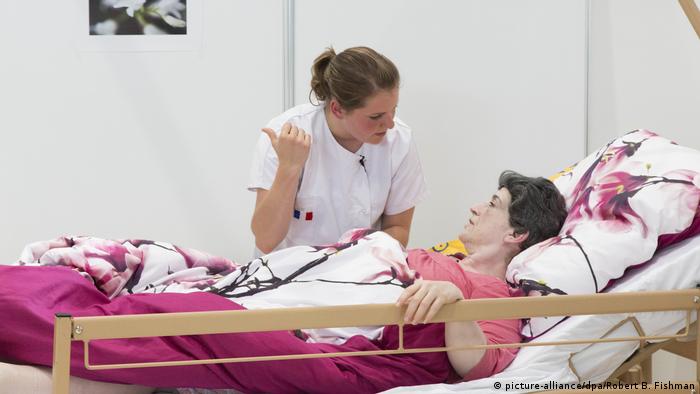 In the nursing sector, skilled workers are in demand like never before

"Meanwhile, this is running out," said Brenke. In addition, one must also take into account that the argumentation of the employers' association is "not quite fair," because many companies have included early retirement arrangements in their labor contracts. "Here we still have the phenomenon that qualified people are retiring early through partial retirement in Germany and that this is even aided with tax incentives."

The discussion about the shortage of skilled workers has been going on for years. Critics have argued over and over again that if the shortage were really so glaring, then in certain areas, namely where the shortage was particularly large, the wages and salaries would shoot through the roof. However, this has not happened.

"The labor market does not work any different from other markets. When certain goods are scarce, prices rise. On the job market, that would mean wages have to rise and we have not seen that," said Brenke. Wage trends are not as bad as they were 10 years ago, but the current rates of increase have not been very remarkable. For Brenke, if there were indeed a marked shortage of skilled workers "this would have been the case."

In addition, the labor market expert cites an often ignored argument against a "real" shortage of skilled workers: If there really was a nationwide shortage of labor, labor productivity in German industry and industry-related services should also rise very sharply. Because companies would try to overcome the problem of missing skilled workers by streamlining. "But we see exactly the opposite. Productivity increases in Germany are getting weaker and weaker. Companies are actually getting more sluggish, which does not support the case for a shortage of skilled workers," said Brenke. 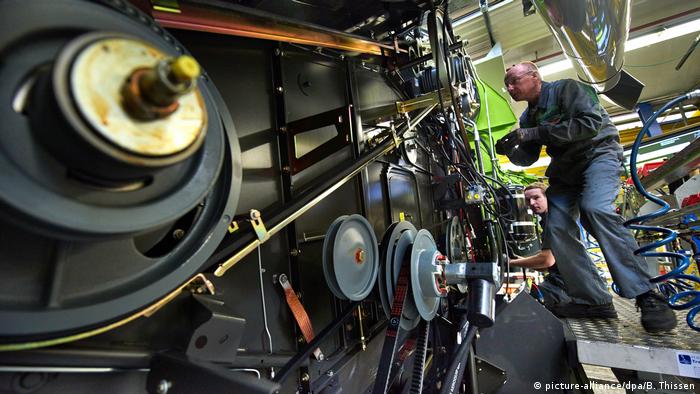 "In West Germany in the 1970s, we had productivity gains of between three and four percent per year," recalled Brenke. These increases ​​have dropped significantly to just 0.7 percent. And in the last two years, there have been almost no productivity gains. "You cannot afford that in an aging society. Companies need to be more innovative."

It may sound like a paradox, but declining productivity rates often go hand in hand with higher employment, according to studies by consulting firm IW Consult. It is precisely the fear of a shortage of skilled workers that drives companies. Despite automation and streamlining, they continue to employ people that they would have fired much quicker in earlier times.

In addition, specialists are being hired to master digitization. "In times of technological transition, this is a normal development," said IW Consult expert Michael Grömling in an interview with DW. "The companies are in a learning phase, they are hoarding staff to prepare for the expected staff shortages."