There are more Polish workers in Germany than the UK for the first time in over a decade. Germany is closer, pays more and is less uncertain for many, while Warsaw also wants to tempt people to come home. 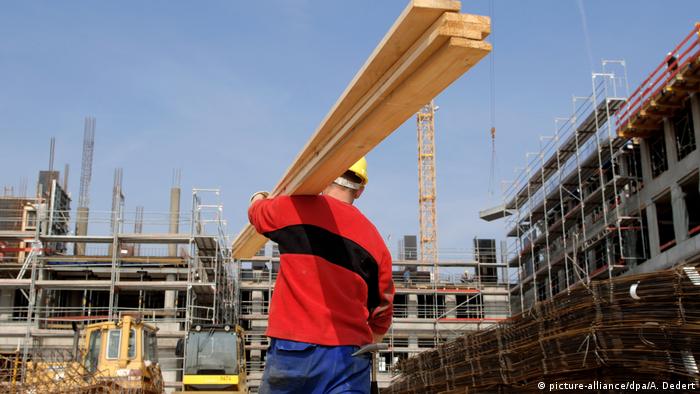 "Not only do we have better pay, better social benefits and better working hours … We also have better weather, better food and a shorter way to Poland. And the security of an EU state." Thus read an advert earlier this year posted by the University Hospital of Düsseldorf aiming to lure Polish nurses in the UK to come to Germany.

Dr. Tobias Pott, author of the ad, said it had been motivated by a lack of nurses in Germany and the prospect of nurses in the UK thinking of leaving because of  Brexit.

Kamil Wolczyk, who manages Polish recruitment for Germany at the Work Service recruitment agency, told Al Jazeera that German companies, especially in health care, logistics, construction and manufacturing, were turning their attention to skilled Polish workers leaving the UK. Some are also relaxing language requirements for temporary workers, thanks partially to government funds earmarked for companies who want to invest in language training for new staff.

Wolczyk said it had taken a long time before German clients understood they could not force Polish employees to speak high-level German. "Luckily this trend is declining, so Polish workers have much more possibilities, with their English skills, to work in Germany," he added.

Since joining the EU, the number of economic migrants in the EU from Poland has more than doubled to 2.5 million in 2017, according to figures from the Polish statistical office. At 783,000 in 2016, including 55,000 in Berlin, Poles now make up the second-biggest foreign community in Germany, after Turks.

Pushed out of the UK

Poles are also starting to return home. Several years of strong economic growth have left many domestic businesses running out of workers. Almost one in five companies in Poland — 18% — employs Ukrainian workers, according to a study by the Personnel Service job agency, but recruiting Ukrainians is becoming more difficult as other European countries, such as Germany and the Czech Republic, are tempting them with better salaries. About 1.3 million Ukrainian citizens work in Poland, the Gazeta Wyborcza daily reported earlier this year.

For the first time in nearly a decade, 2019 has seen a net return of Poles to Poland. Many Poles who have left the UK pointed to worries about their status after Brexit, as well its drag on the value of the British pound.

Wages have also been rising in Poland and the government is committed to keep them on an upward path with  investment in jobs. Mariusz Dzieglewski, a sociologist studying migration at the Pedagogical University of Cracow, says conscious of the labor shortage, the current government has made it one of its priorities to lure Poles back.

UK left to clear up its own mess

The Royal College of Nursing said it was concerned about a chronic shortage of nurses in the UK. There are more than 41,000 nursing vacancies in England alone and over 10,000 nurses and midwives from the European Economic Area have left the UK workforce since the June 2016 referendum.

The German economy has surprised experts by growing slightly in the third quarter. The narrow escape was largely due to consumer spending. (14.11.2019)