Berlin to create new state office for skilled immigration | Germany | News and in-depth reporting from Berlin and beyond | DW | 26.02.2019

Berlin is streamlining bureaucratic efforts to attract skilled workers to the German capital with a new official department. The move is supposed to change the basic approach of governments that see migrants as a threat. 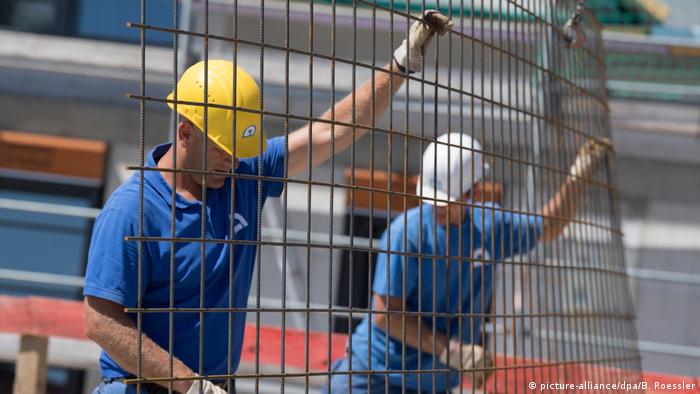 Berlin has become one of the first German states to boost its efforts to attract skilled workers by creating a special new "immigration authority," a move that will bring it into line with the German government's immigration law.

The office, called the Landesamt für Einwanderung (State Office for Immigration), will be a brand new government department, replacing the current Office for Foreigners, a subdepartment of the authority that deals with everything from driver's licenses to marriage certificates.

"The establishment of an independent office for immigration is supposed to develop the foreign citizens' authority into a true welcome authority," Berlin Interior Minister Andreas Geisel said as he announced the move on Monday.

He went on to sound the same note that German businesses have been harping on for some time: that there is no way the acute shortage of workers in growing sectors (specifically care work, engineering and IT) can be covered by unemployed Germans, or even immigrants from inside the European Union.

Nevertheless, much of the plan remains vague: The government has not said exactly when the new authority would open, or whether it will include a budget for extra staff.

Read more: Finding skilled labor in Germany: 'it's never been so hard' 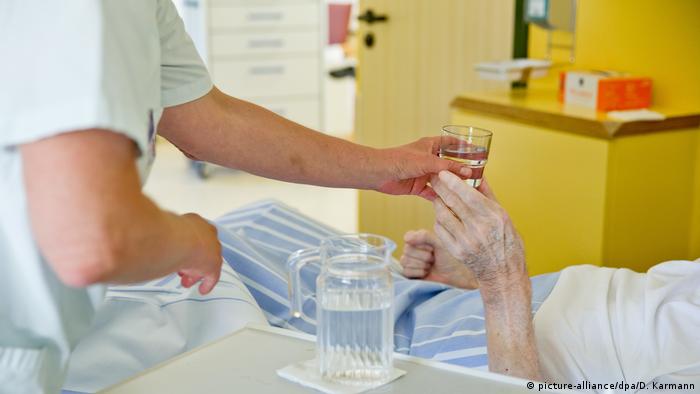 Migrants: A threat or a help?

The idea is not completely new: Hamburg and Bremen already have so-called Welcome Centers, authorities that are separated from other state offices where the emphasis, as the name suggests, is to help people to settle in Germany.

In fact, Berlin itself set up a Business Immigration Service (BIS) within the Foreigners' Office a few years ago specifically to help employers get residency permits for skilled migrants, and to more efficiently separate employment immigration from humanitarian immigration.

"I think what they want to do is send a signal in immigration policy," said Bettina Offer, a Frankfurt-based corporate immigration lawyer. "I think Berlin has now taken that step to show that it makes sense."

BIS, she added, has already improved Berlin's service considerably. "We notice that a lot has happened in Berlin already," she told DW. "It's become a lot more user-friendly for employers."

Structurally, though, the new center could still be an improvement. "It does make a difference if they make it into a special state authority, which will make a difference for staff numbers and salaries," said Offer. "I think it will make it easier for that office to find staff."

Waiting for appointments in the cold

Thomas Gross, an immigration law specialist at Osnabrück University, said that Berlin's signal is laudable, "as long as they mean it seriously. If it's just a change of the label it won't make much difference."

"It's a question of how they understand themselves," Gross told DW. "The old categorization of the foreign citizens' authority as part of the regulation authority is rooted in the notion that foreigners are to be seen as a danger you have to control."

Most Berliners not fortunate enough to have EU citizenship can back this up, as repeated trips to the chronically understaffed Foreigners' Office will attest. Many people have anecdotes about waiting months for appointments, or queuing outside from 5 a.m. only to be left standing for hours outside in the winter months as staff catch up with the schedule, often while having to deal with actively hostile security guards.

"If these offices are now given positive terms like 'welcome center,' one could assume that this will have an effect on how the staff see their role," said Gross. "Though of course you have to find staff who internalize [those terms] and identify with them."

According to Offer, Berlin was in the "top of the mid-range" in the league of attractive German cities for migration: though other regions, especially the south, where Germany's automobile industry is based, is often more in demand.

Germany is an attractive business location that offers foreign professionals good jobs, according to a study on expat life. The huge drawback: People often don't feel at home here. It compares poorly on many counts. (06.09.2018)