Germany′s migrants: Wooed and discriminated against | Germany | News and in-depth reporting from Berlin and beyond | DW | 11.02.2019

From teachers to bookkeepers to police officers, migrants seeking jobs are in demand in Germany, particularly in the public sector. Nevertheless, they continue to face significant discrimination in the labor market. 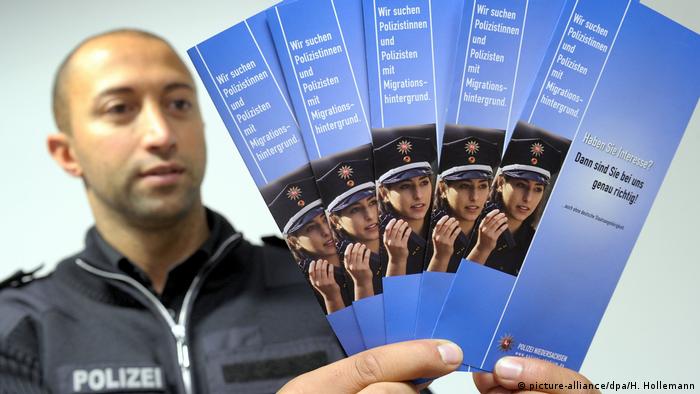 "We are Hamburg. Are you in?" That's the slogan Hamburg is using to advertise municipal jobs to migrants. From police officers to teachers, doctors, bookkeepers and prison workers — the city is hoping to hire more employees with migrant backgrounds.

And it's not just Hamburg making this push. All throughout Germany, the business and public sectors alike are focusing on the country's newest residents.

That's because the average education level of migrants in Germany is on the rise. In 2011, one-quarter of young migrants between the ages of 18 and 25 had completed their "Abitur," or high school certificate exam. By 2015, that figure had climbed to 33 percent. During that same period, the percentage of youth without a migrant background who had completed high school rose from 32 to 39 percent.

The numbers tell a similar story when it comes to higher education. In 2015, some 38 percent of people aged 35 or under with an immigrant background had completed vocational training, and 16 percent had completed a university degree. However, the proportion of migrants without any qualifications has remained at around 30 percent. 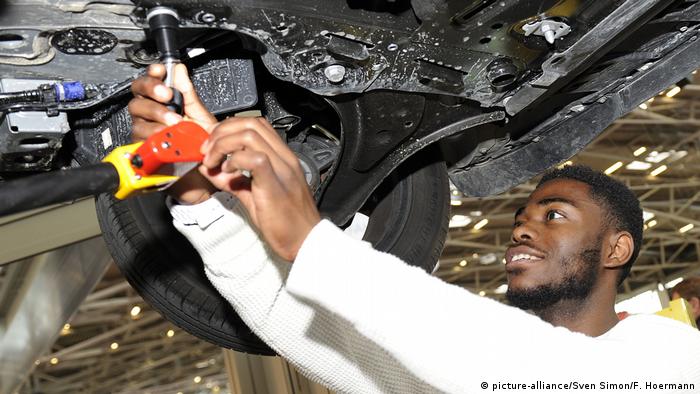 'We can achieve something'

"We just have to look at our parents," said Cemile Ürük, who teaches English and social studies at the Emschertal Vocational College in the western city of Herne. "They didn't come to Germany so that we come to nothing, but rather so that we can achieve something."

Ürük belongs to a network for teachers with immigrant backgrounds. She wants to be an example not just for her students, but for other Turkish-Germans. The network was founded by the North Rhine-Westphalia state Education Ministry in 2007 to promote diversity in the classroom.

Germany's other states have since followed suit, founding similar networks. And those networks are urgently needed, because there is significant progress to be made. In North-Rhine Westphalia, Germany's most populous state, 26 percent of students come from non-German families, yet only 5 percent of teachers do.

'The state is counting on us'

The situation is slightly better in the public sector. According to a survey by Germany's Federal Institute for Population Research (BIB) and the Federal Statistics Office, Destatis, 15 percent of public employees in 2015 had a non-German background.

"Opening our institutions is extremely important," integration researcher Aladin El-Mafaalani told Der Spiegel magazine. "For migrants, because they see that the state is counting on us. But also for everyone else, because a teacher with an immigrant background doesn't just change the classroom, but also the teacher's lounge."

El-Mafaalani knows from first-hand experience. He was born in Germany to parents who immigrated from Syria. He currently works as a department head at North Rhine-Westphalia's Ministry for Children, Family, Refugees and Integration in Dusseldorf, and wrote a best-selling book on integration in Germany. 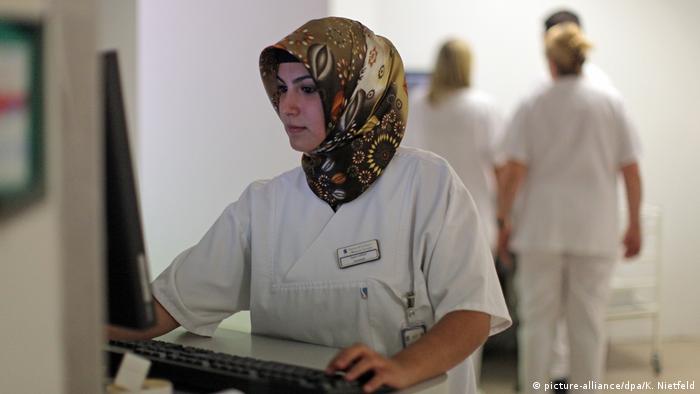 However, El-Mafaalani is among the experts warning that achieving equality and integration in society will not be an easy task. Discrimination persists in Germany, not just between those with or without immigrant backgrounds, but also within different immigrant groups.

A lack of self-esteem, insufficient qualifications, mistrust, cultural differences and above all deeply-rooted prejudices can get in the way of immigrants starting off successfully in the workforce. Many job applicants with a non-German background are simply never offered an interview.

According to a May 2018 study by the Berlin Social Sciences Center (WZB), job applicants with immigrant backgrounds face "clear discrimination" despite a shortage of skilled labor in the workforce.

Education not the only decider

The result, the WZB found, is that "while applicants with a German name receive positive feedback in 60 percent of all cases, only 51 percent of applications with an immigrant background do."

"Diversity hasn't reached everywhere, and education alone doesn't solve the problem," the WZB's Ruta Yemane, who authored the study, told DW. "Prejudices and cultural preferences have more of an influence on discrimination than differences in education levels."